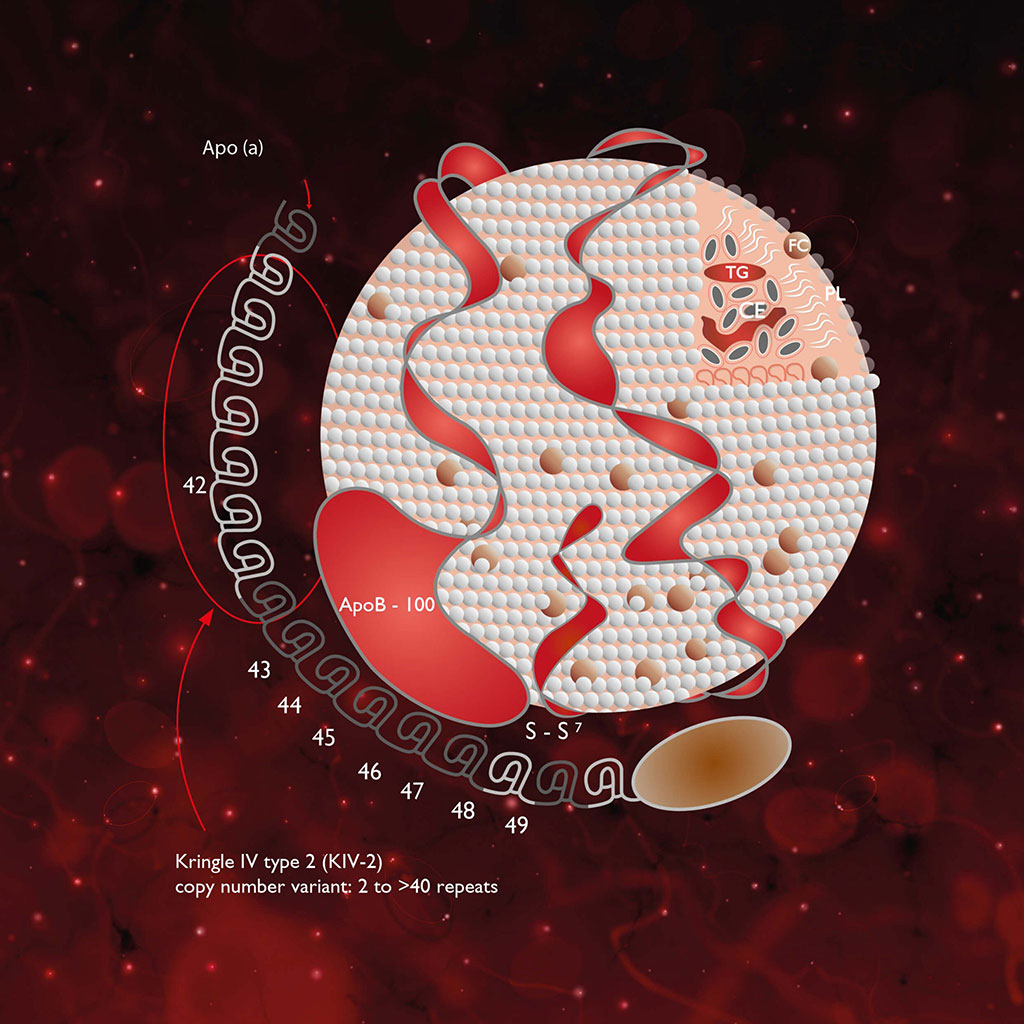 Image: The Randox Lipoprotein(a), (Lp(a)), assay offers a truly accurate method for the assessment of Lp(a) in serum or plasma (Photo courtesy of Randox Laboratories)

Atrial fibrillation (AF) is the most common cardiac arrhythmia in adults, with a prevalence between 0.5% and 2%. Longer life span and higher prevalence of AF risk factors are projected to further increase the global prevalence of AF.

Patients with AF have greater risks of heart failure, ischemic stroke, dementia, and death, and are more likely to be hospitalized, resulting in higher health care costs. Lipoprotein(a) (Lp[a]) is a particle consisting of a low-density lipoprotein (LDL)-like core attached to an apolipoprotein(a) chain. Lp(a) plays a role in atherosclerotic cardiovascular disease and is a well-established risk factor for coronary artery disease, ischemic stroke, and aortic valve stenosis.

Medical Scientists at McMaster University (Hamilton, ON, Canada) and their colleagues investigated the role of Lp(a) in AF and whether it is independent of atherosclerotic cardiovascular disease (ASCVD). The team measured and genetically predicted Lp(a) levels were tested for association with 20,432 cases of incident AF in the UK Biobank (N = 435,579). Mendelian randomization analyses were performed by using summary-level data for AF from publicly available genome-wide association studies (N = 1,145,375). Lp(a) was measured on a Randox AU5800 immunoturbidimetric assay (Randox Laboratories, Crumlin, UK) that used a 5-point calibrator to reflect heterogeneity in Lp(a) isoform size.

The investigators reported that after a median 11 years of follow-up, the rate of incident AF was 4.37 events per 1,000 person-years. They found that each 23 mg/dL increase in Lp(a) was associated with a 3% increased risk for incident AF using measured Lp(a) (HR = 1.03) and genetically predicted Lp(a), with an OR of 1.03. Mendelian randomization analyses using independent data replicated the effect, with an OR of 1.04 per 23 mg/dL increase. They found no evidence of risk-conferring effect from LDL or triglycerides, whereas only 39% of Lp(a) risk was mediated through ASCVD, suggesting Lp(a) partly influences AF independent of its known effects on ASCVD.

Guillaume Pare, MD, MSc, FRCPC, a professor of pathology and molecular medicine and senior author of the study, said, “Lipoprotein(a) is associated with an increased risk for atrial fibrillation and this appears to be a causal relationship independent of coronary artery disease and aortic valve stenosis. The main clinical implication is the exciting possibility that novel Lp(a) inhibitors, currently undergoing clinical evaluation, could reduce incident AF as a side benefit. Our findings also establish a new risk factor for AF and could be used to complement AF risk assessment.”

The authors concluded that epidemiologic and genetic analyses implicate a potentially causal role for Lp(a) on risk of incident AF in population-scale cohorts that is independent of its effect on atherosclerotic cardiovascular disease. Given the role of Lp(a) as a risk factor for common comorbidities of AF, namely stroke and myocardial infarction, and the development of antisense oligonucleotides to lower Lp(a) to treat these comorbidities, these findings highlight an important beneficial pleiotropic effect these therapies may have on prevention or treatment of AF in high-risk groups with highly elevated Lp(a). The study was published in the April, 2022 issue of the Journal of the American College of Cardiology.