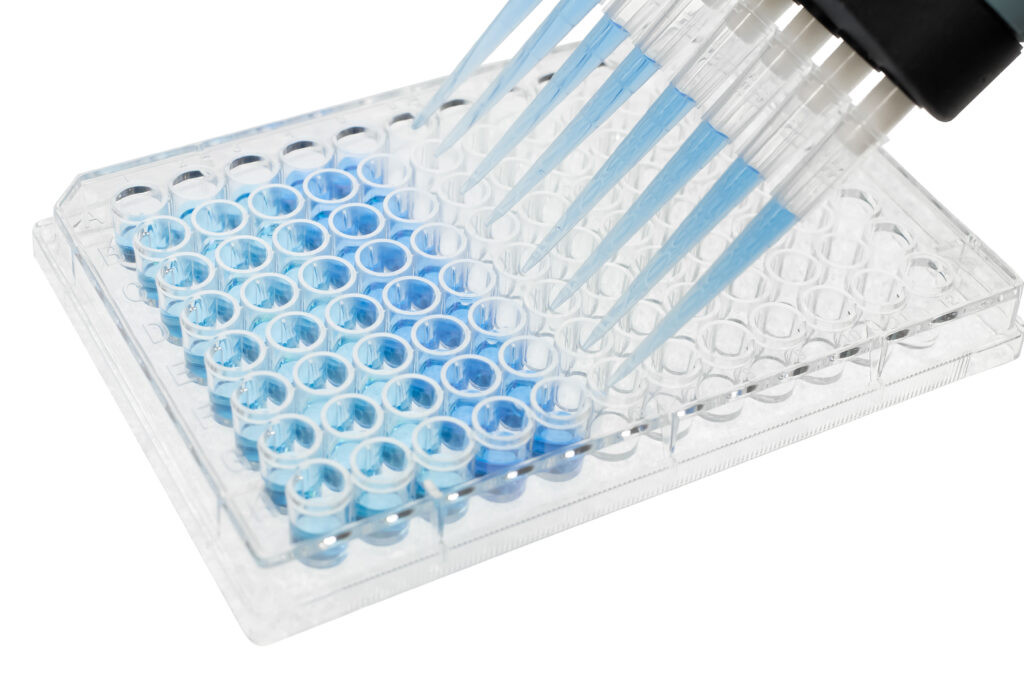 Image: The Human KLK8/Kallikrein-8 ELISA Kit PicoKine is used to quantitate Human KLK8 in cell culture supernatants, cell lysates, serum and plasma (heparin, EDTA) (Photo courtesy of Boster Biological Technology)
Alzheimer’s disease (AD) is a neurodegenerative disease and the most common cause of dementia. AD starts to damage the brain 20 years or more before any clinical symptoms appear. The currently available biomarker for AD (beta-amyloid (Aβ, A), tau (T), and neurodegeneration (N), (ATN)) are measured in cerebrospinal fluid (CSF).

Neuropathologists at the University Hospital Essen (Essen, Germany) and their colleagues examined whether blood KLK8 is elevated in persons with amnestic mild cognitive impairment (aMCI) which is a precursor of AD, compared to cognitively unimpaired (CU) controls. Forty cases and 80 controls, matched by sex and age (± 3years), were participants of the longitudinal population-based Heinz Nixdorf Recall study. Standardized cognitive performance was assessed five (T1) and 10 years after baseline (T2).

KLK8 levels were measured in duplicate using a commercially obtained ELISA kit (Boster Biological Technology, Pleasanton, CA, USA). To discriminate between the APOE alleles ε2, ε3, and ε4, Cardio-MetaboChip BeadArrays were used for genotyping of two single-nucleotide polymorphisms (rs7412 and rs429358). Participants defined as APOE ε4 positive had at least one allele 4 (2/4, 3/4, 4/4). All other participants were defined as APOE ε4 negative.

The authors concluded that the population-based case-control study demonstrated the capability of KLK8 as a blood biomarker for early diagnosis of AD. A 500 pg/mL increase in blood KLK8 was associated with an almost threefold increased chance of an aMCI diagnosis compared to cognitively unimpaired participants. The diagnostic performance of KLK8 in blood for aMCI was very good with an AUC of 0.92. The study was published on December 20, 2021 in the journal Alzheimer's Research & Therapy.