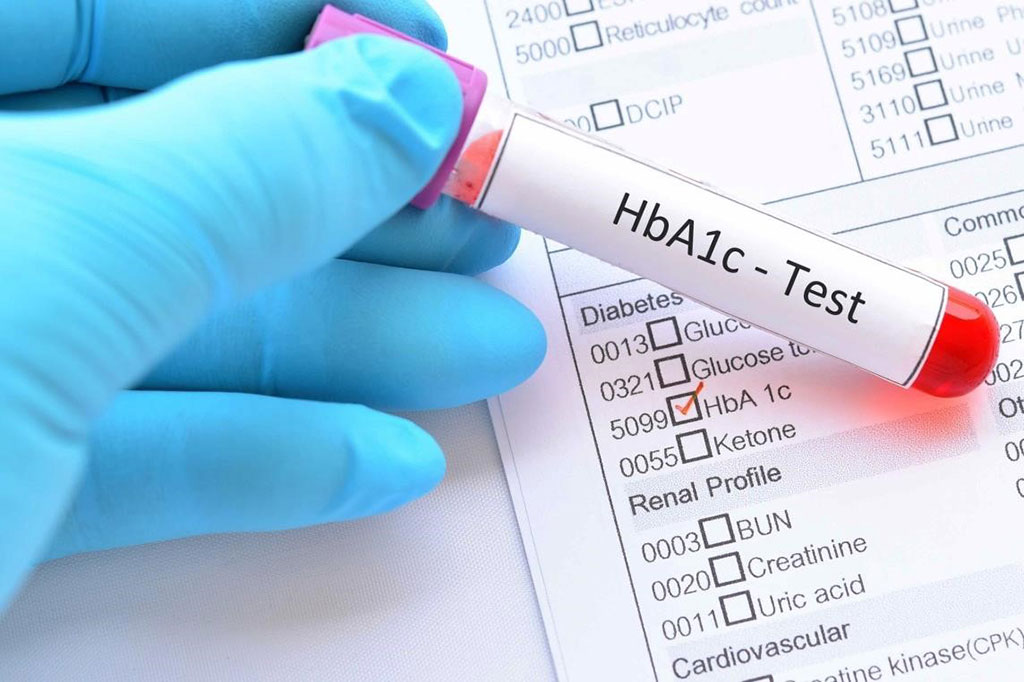 Image: The association between admission HbA1c and subsequent risk of composite vascular events, including stroke, myocardial infarction, and vascular death, in patients with acute ischemic stroke and diabetes has been reported (Photo courtesy of Diabetes.co.uk)
An ischemic attack is caused by a disruption in the blood supply to part of the brain and this disruption in blood supply results in a lack of oxygen to the brain. This can cause sudden symptoms similar to a stroke, such as speech and visual disturbance, and numbness or weakness in the face, arms and legs.

The formation of the sugar-hemoglobin linkage indicates the presence of excessive sugar in the bloodstream, often indicative of diabetes. Glycated hemoglobin (HbA1c) is of particular interest because it is easy to detect. HbA1c measured primarily to determine the three-month average blood sugar level and can be used as a diagnostic test for diabetes mellitus and as an assessment test for glycemic control in people with diabetes.

A team of Neurologists collaborating with the Seoul National University College of Medicine (Seoul, Korea) evaluated the association between admission HbA1c and subsequent risk of composite vascular events, including stroke, myocardial infarction, and vascular death, in patients with acute ischemic stroke and diabetes. The study involved 18,567 people with diabetes with a median age of 70 years. All participants were admitted to the hospital for an ischemic stroke. Upon admission, the team studied the HbA1c levels over the past two to three months before the stroke.

The investigators reported that of all participants, 1,437 (~8%) had a myocardial infarction (MI) or died from vascular disease within one year of starting the study, and 954 (5%) had another stroke. They found that people admitted to the hospital with HbA1c levels above the 6.8% to 7.0% range had an increased risk of having a vascular event, as well as having another stroke.

After adjusting for factors like age and sex, the team found that people’s risk for a MI or similar vascular diseases was 27% greater when they were admitted to the hospital with HbA1c levels >7.0%, compared with those admitted with HbA1c levels <6.5%. People’s risk for having another stroke was 28% greater when admitted to the hospital with HbA1c levels above 7.0%, compared with those below 6.5%. The influence of admission HbA1c level on the risk of composite vascular events was pronounced particularly among those in whom fasting glucose at admission was ≤130 mg/dL.

Moon-Ku Han, MD, PhD, a Neurologist and a senior author of the study, said, “We know that having diabetes may be associated with an increased risk of having a first stroke. But our results indicate that there is an optimal blood glucose level that may start to minimize the risk of having another stroke, myocardial infarction, or other vascular problems, and it’s right in the 6.8% to 7.0% range.”

The authors concluded that in patients with ischemic stroke and diabetes, the risks of composite vascular events were significantly associated with admission HbA1c. The optimal range of the admission HbA1c was below 6.8%–7.0%, and was different according to the ischemic stroke subtype. The study was published on September 29, 2021 in the journal Neurology.