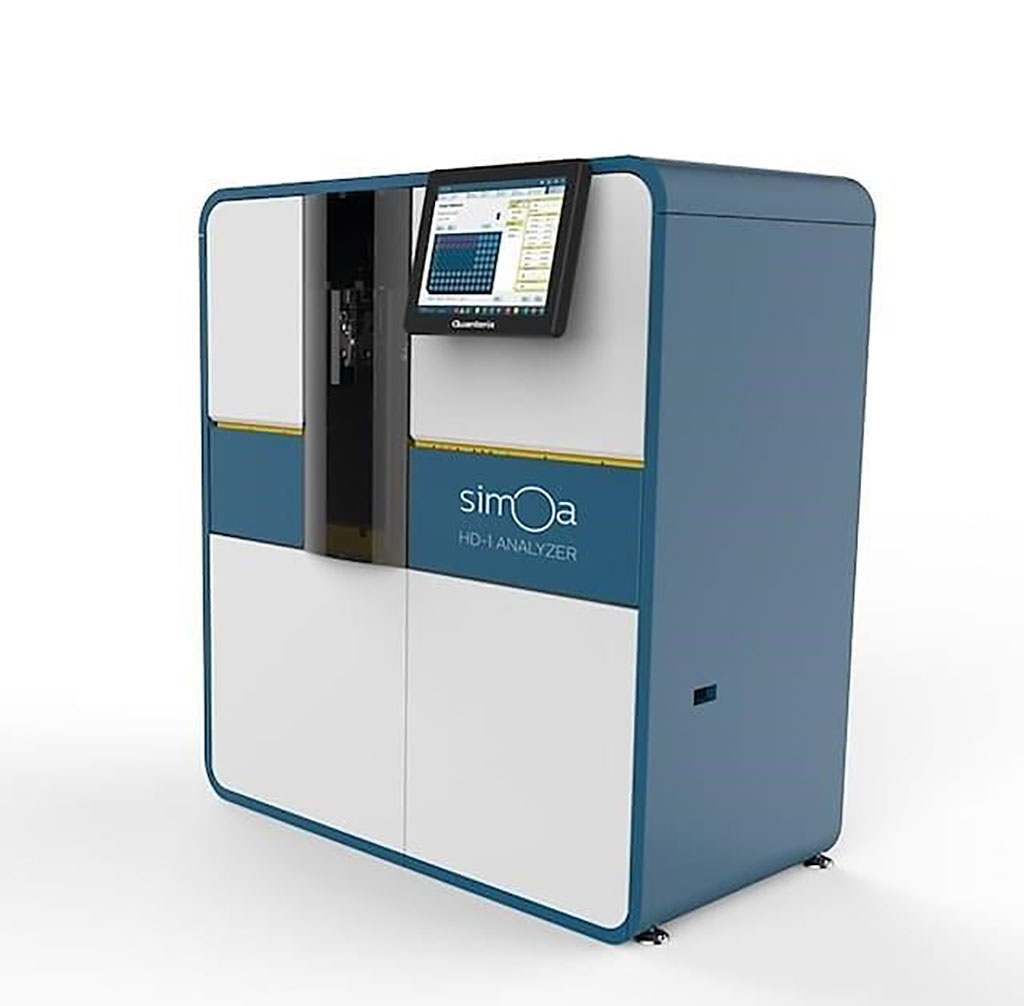 Image: Simoa is an ultra-sensitive immunoassay technology that allow detection of proteins and nucleic acids at lowest possible levels (Photo courtesy of Quanterix)
Blood-based tests for brain amyloid-β (Aβ) pathology are needed for widespread implementation of Alzheimer disease (AD) biomarkers in clinical care and to facilitate patient screening and monitoring of treatment responses in clinical trials.

Reliable measurements of Aβ in blood proved challenging until the development of advanced mass spectrometry and immunodetection methods. Recent articles have suggested that Aβ42/40 quantified using ultrasensitive and fully automated immunoassay platforms could predict Aβ-PET status (especially when combined with APOE genotype) with accuracy approaching that of MS-based Aβ42/40 measures.

The authors concluded that the results from two independent cohorts indicate that certain MS-based methods performed better than most of the immunoassays for plasma Aβ42/40 when detecting brain Aβ pathology. The study was published on September 20, 2021 in the journal JAMA Neurology.