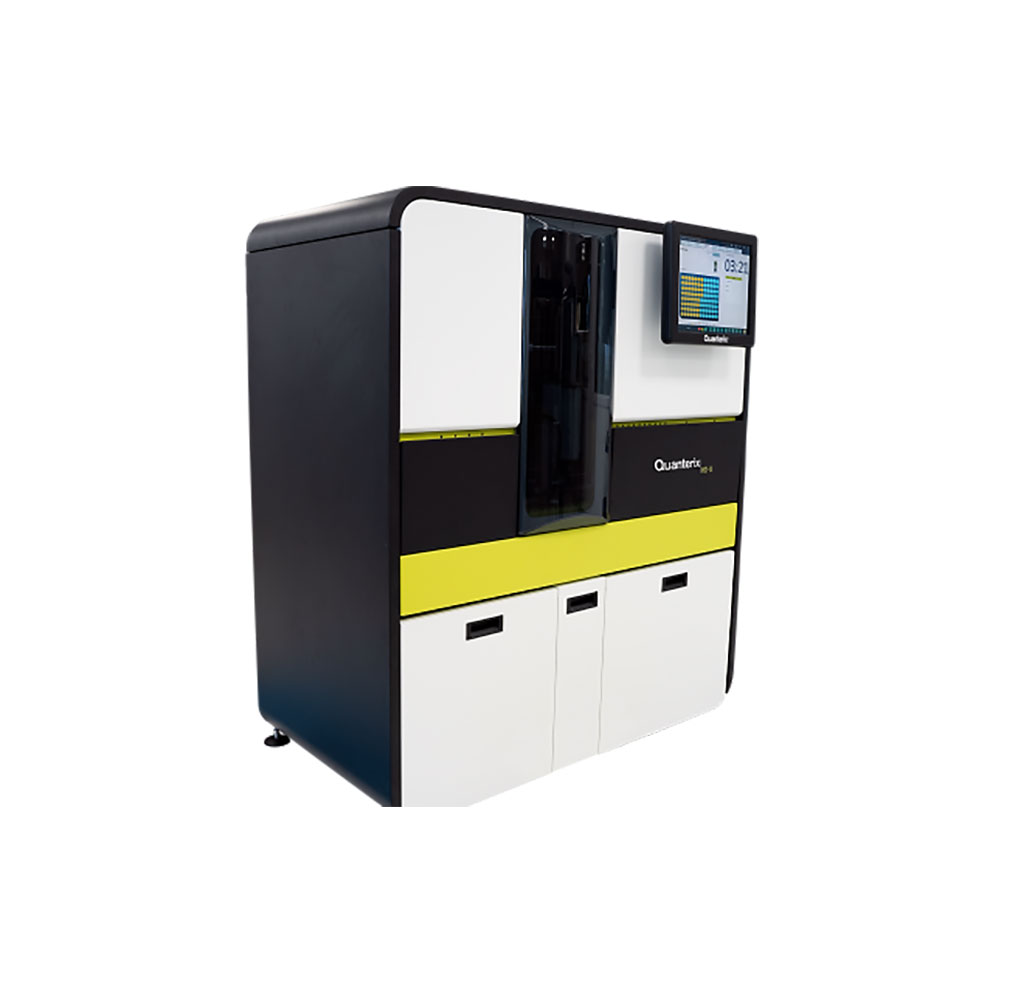 Image: The Simoa HD-X analyzer is used with the Simoa NF-light assay is a digital immunoassay for the quantitative determination of NfL in serum, plasma and CSF (Photo courtesy of Quanterix)
In the management of neurological disorders, reliable and easily accessible biomarkers are needed to recognize or rule out an underlying neurodegenerative process contributing to cognitive decline at the earliest stage.

Axonal degeneration or injury is a predominant feature of many neurodegenerative disorders that results in irreversible impairment. In response to such damage, neurofilament light chain (NfL), a structural component of the neural cytoskeleton, is released into the extracellular space initiating a concentration increase in the cerebrospinal fluid (CSF).

Clinical Medical Scientists at the University of Gothenburg (Mölndal, Sweden) and their colleagues measured NfL levels in plasma from 2,269 individuals from two independent, multicenter cohorts. The subjects included patients with 13 neurodegenerative disorders, Down syndrome, and depression, as well as cognitively unimpaired controls.

The scientists reported that plasma NfL was significantly increased in all cortical neurodegenerative disorders, amyotrophic lateral sclerosis and atypical Parkinsonian disorders. They demonstrated that plasma NfL is clinically useful in identifying atypical Parkinsonian disorders in patients with Parkinsonism, dementia in individuals with Down syndrome, dementia among psychiatric disorders, and frontotemporal dementia in patients with cognitive impairment.

Nicholas Ashton, PhD an assistant professor and a senior author of the study, said, “If you present with a Parkinson's syndrome, NfL is extremely useful in determining whether you have Parkinson's with dementia or pure Parkinson's disease. It is a test a clinician can request if they want it, and so we are doing this routinely. It has proven to be useful to physicians in their clinical workups.”

The authors concluded that plasma NfL concentrations are increased across multiple neurodegenerative disorders but are highest in samples from individuals with ALS, frontotemporal dementia (FTD), and Down syndrome Alzheimer’s disease (DSAD). Though plasma NfL cannot differentiate between different cognitive impairment disorders, in patients with parkinsonism, high plasma NfL values indicate atypical parkinsonian disorders and in patients with Down syndrome (DS), high plasma NfL differentiates between those with and without dementia, suggesting it may be useful in both clinical settings in these patients. The study was published on June 7, 2021 in the journal Nature Communications.