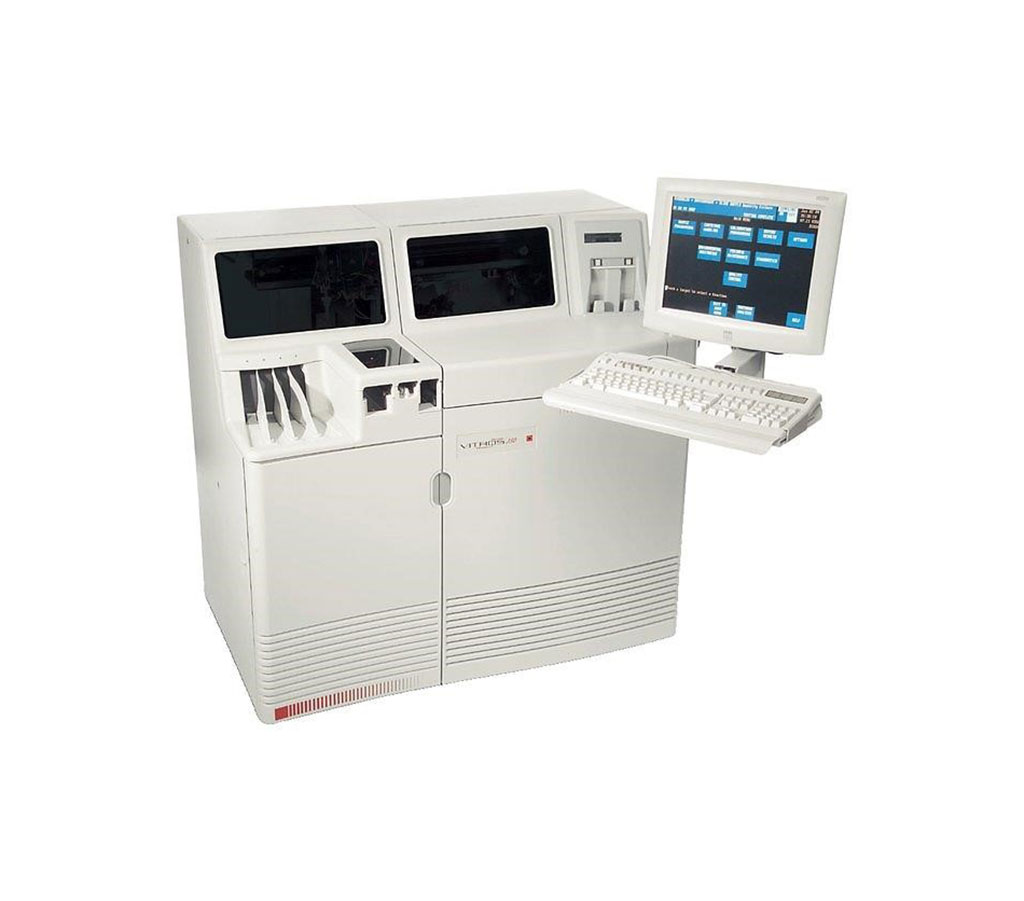 Image: The Vitros 350 clinical chemistry system (Photo courtesy of Ortho Clinical Diagnostic).
Acute‐on‐chronic liver failure (ACLF) is the rapid deterioration of liver function in chronic liver disease often associated with the development of serious complications such as hepatorenal syndrome and hepatic encephalopathy within a short period of time.

Hepatic encephalopathy (HE) is a common feature of acute liver failure and has been reported to be associated with poor outcomes. Ammonia is thought to be central to the pathogenesis of HE, but its role in hepatitis B virus‐related acute‐on‐chronic liver failure (HBV‐ACLF) is unclear.

Clinical Laboratorians at the Zhejiang University (Hangzhou, China) recruited all 127 patients with HBV‐ACLF, defined as total bilirubin (TBIL) ≥ 205 μmol/L and international normalized ratio (INR) ≥ 1.5 according to COSSH‐ACLF criteria, who were treated at their institution between July 2018 and February 2020 for a retrospective study.

The scientists reported that the median ammonia level at enrollment was 55.0 (interquartile range, 36.0‐76.0) and 77 patients (60.6%) had high ammonia at the time of admission. Ammonia level was found to be positively correlated to model for end-stage liver disease (MELD) score and COSSH‐ACLF score. In the study population, there were 61 patients with cirrhosis and 66 patients without cirrhosis. No significant difference between the two groups except that the age of the cirrhosis group was higher than that of the non‐cirrhosis group.

The authors concluded that their results suggest that high ammonia level at admission is an independent factor for predicting short‐term mortality in patients with HBV‐ACLF. Therefore, ammonia levels may represent a therapeutic target for this condition. The study was published on September 11, 2020 in the Journal of Clinical Laboratory Analysis.