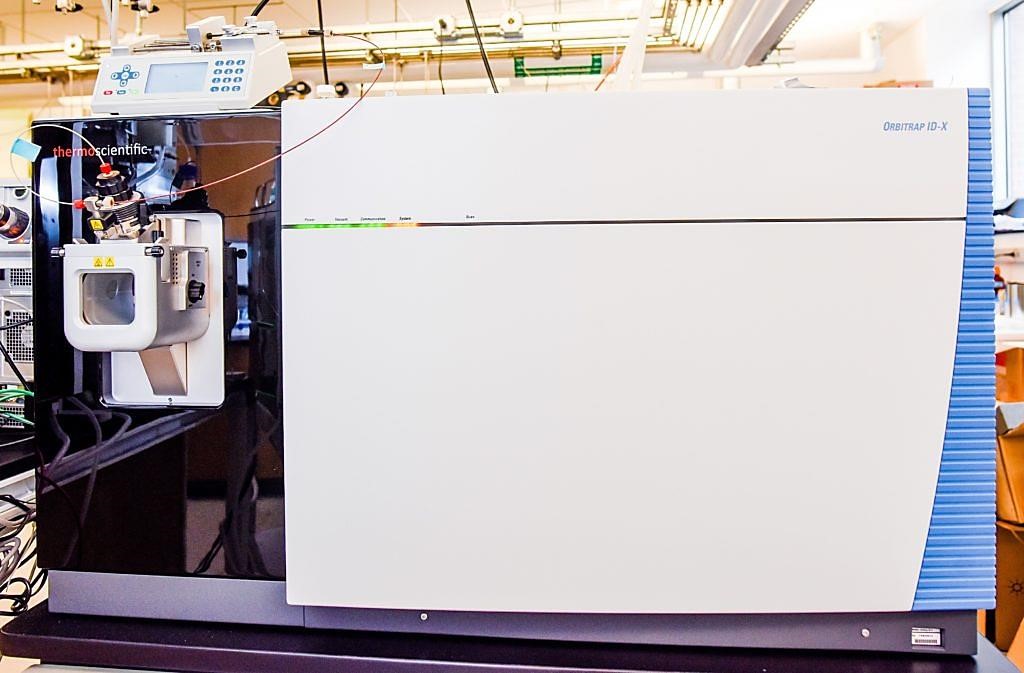 Image: A Thermo Fisher Orbitrap ID-X mass spectrometer used to analyze blood plasma metabolites in ALS patients (Photo courtesy of North Carolina State University).
Amyotrophic Lateral Sclerosis (ALS) is characterized by stiff muscles, muscle twitching, and gradually worsening weakness due to muscles decreasing in size. It may begin with weakness in the arms or legs, or with difficulty speaking or swallowing.

ALS is a progressive neurodegenerative disease that causes deterioration of nerve cells in the brain and spinal cord. Currently, treatments are hampered by lack of definitive targets, a diagnostic process that often takes over a year to complete, and insufficient and subjective methods for monitoring progression.

Scientists at North Carolina State University (Raleigh, NC, USA) and their colleagues from Macquarie University (Macquarie Park, Australia) took blood plasma samples for 134 (81 males and 53 females) ALS patients and 118 (49 males; 69 females) healthy individuals. The teams used chip-based capillary zone electrophoresis coupled to high resolution mass spectrometry to identify and analyze blood plasma metabolites in the samples. This method quickly breaks the plasma down into its molecular components, which are then identified by their mass. The investigators developed two computer algorithms: one to separate healthy and ALS samples and the other to predict disease progression.

The scientists reported that the most significant metabolism markers were associated with muscle activity: elevated levels of creatine, which aids muscle movement, and decreased levels of creatinine and methylhistidine, which are byproducts of muscle activity and breakdown. Creatine was 49% elevated in ALS patients, while creatinine and methylhistidine decreased by 20% and 24%, respectively. Additionally, the ratio of creatine versus creatinine increased 370% in male, and 200% in female, ALS patients.

In addition, male ALS patients on average had 5%-13% lower amounts of seven essential amino acids while females did not significantly differ from healthy controls. A support vector machine classifier predicted progression categories with an AUC of 0.90 with a mean sensitivity of 73% and specificity of 86%. The team used a stable isotope labeled (13C315N2) spike-in standard, but were unable to detect the exogenous neurotoxic metabolite, β-methylamino-L-alanine (BMAA), in the free or protein bound fraction of any of the 252 plasma samples.

Michael Bereman, PhD, an associate professor and corresponding author of the study, said, “Early diagnosis is important, but we are in dire need of quantitative markers for monitoring progression and the efficacy of therapeutic intervention. Since disruptions in metabolism are hallmark features of ALS, we wanted to investigate metabolite markers as an avenue for biomarker discovery. Creatine deficiency alone does not seem to be a problem and our results confirm that the creatine kinase pathway of cellular energy production, known to be altered in ALS, is not working as well as it should.” The study was published on May 17, 2020 in the Journal of Proteome Research.