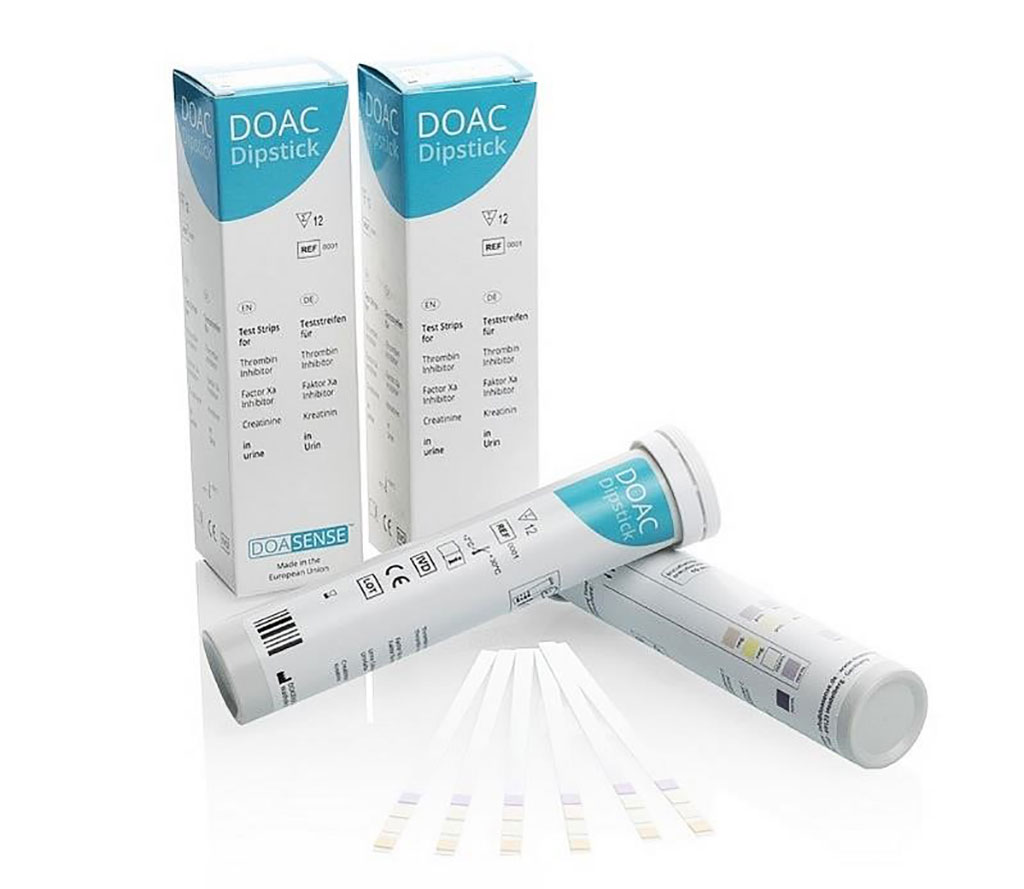 Image: The DOAC dipstick is a diagnostic urine test strip, which is intended for qualitative detection of the absence or presence of direct oral anticoagulants (DOACs: Dabigatran, Apixaban, Edoxaban and Rivaroxaban) in human urine by visual identification of colors (Photo courtesy of DOASENSE GmbH).
The rapid determination of the presence of direct oral anticoagulants (DOACs) in a patient remains a major challenge in emergency medicine and for rapid medical treatment decisions. All DOACs are excreted into urine.

Emergency situations with a need for point-of-care testing for the presence or absence of DOACs include emergent or urgent major surgical interventions, clinically relevant bleeding, or thrombotic episodes with known or unknown anticoagulant therapy, as well as the evaluation of unconscious patients or those unable to inform clinicians about their anticoagulant therapy.

An international team of scientists led by the Ruprecht Karls University of Heidelberg (Heidelberg, Germany) carried out a prospective, open-label, controlled, nonrandomized, multicenter study in Germany on subjects treated with a DXI (apixaban, edoxaban, and rivaroxaban) or the DTI dabigatran were included. The subjects were recruited from 18 outpatient care units specialized in oral anticoagulation.

The authors concluded that the present study shows that DOAC Dipstick test sensitively and specifically determines the presence of both Xa and IIa inhibitors in urine samples, if compared with the gold standard of LC-MS/MS. The evaluation of the DOAC Dipstick test in emergency medicine and other patient groups is ongoing. The study was published in the January 2020 issue of the journal Thrombosis and Haemostasis.