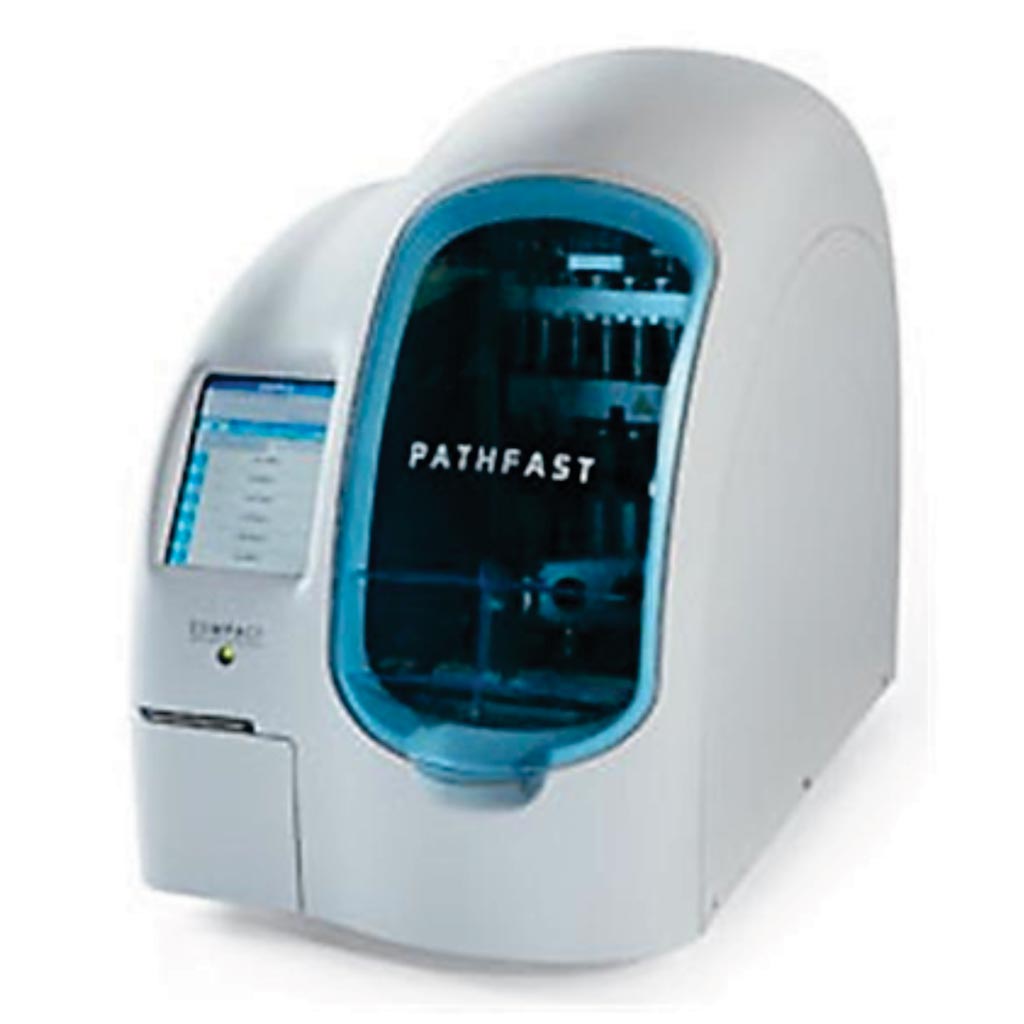 Image: The PATHFAST compact benchtop automatic immunoassay analyzer (Photo courtesy of LSI Medience).
Sepsis is an important public health problem with more than 750,000 patients reported yearly in the USA with similar figures in Europe. Sepsis continues to be a challenge for practitioners, as sepsis mortality rates are still high despite new antimicrobial and resuscitation agents.

Chronic kidney disease (CKD) is a worldwide health problem and its prevalence is rising, particularly in the elderly, mainly reflecting the increased life expectancy of the global population. The plasma presepsin concentrations of healthy individuals are very slight, but have been shown to increase in response to bacterial infections according to disease severity.

Medical scientists at the Nippon Medical School (Tokyo, Japan) and their colleagues enrolled CKD patients aged ≥65 years who had visited a nephrology outpatient department between April 2015 and March 2016. The median age of patients of this cohort was 77.8 (72-85) years and the mean estimated glomerular filtration rate (eGFR) was 51.8 ± 28.1 mL/min/1.73m2.