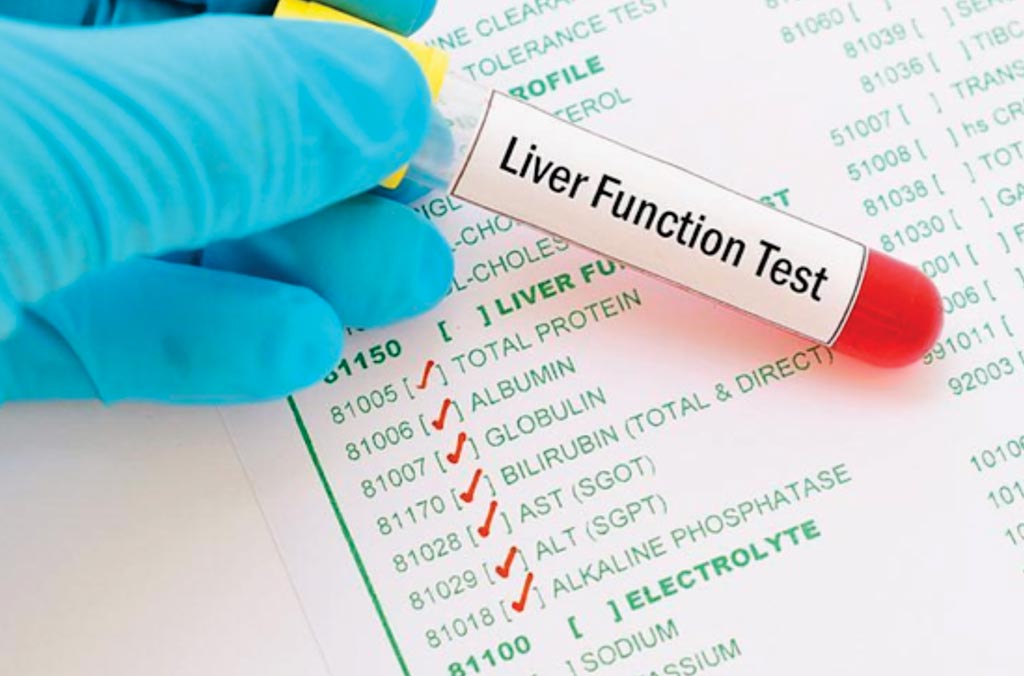 Image: Abnormal serum hepatic enzymes and lipid levels are associated with glycemic control in patients with type 2 diabetes mellitus (Photo courtesy of SRL Diagnostics).
As liver biomarkers serve as an effective indicator of liver injury in patients whom liver functions are somewhat above average. The abnormality of these markers acts as a worrying sign to the liver function.

Since type 2 diabetes can negatively affect the liver via insulin resistance, these biomarkers maybe linked with the severity of the disease. The association between abnormal hepatic enzyme, lipid levels and glycemic control in patients with type 2 Diabetes Mellitus (T2D) has been assessed.

Clinical scientists from the Ajman University (Ajman, United Arab Emirates) determined whether a relationship exists between abnormal serum hepatic enzymes, lipid levels, and glycemic control in T2D, and conducted a cross-sectional study of 453 patients with T2D (mean age, 54.47 years) from a private healthcare center. They collected sociodemographic, clinical, and laboratory data for each patient from medical records.

The team used statistical modeling, and found that all three mean hepatic enzyme levels were jointly and significantly associated with poorly controlled T2D (hemoglobin A1c [HbA1c] ≥7%): an albumin increase of 1 g/dL yielded a 52.7% decrease in risk for poor glycemic control, and an ALT or AST increase of 10 U/L yielded a 36% and 53% increase for HbA1c ≥7%. Furthermore, lipid profiles were also significantly associated with abnormal hepatic levels.

The authors concluded that they had demonstrated that high ALT is characteristic of patients with T2D, pointing to the fact that the development of hepatic anomalies with poor glycemic control attendants could indicate unfavorable evolution of T2D. The study was available online since August 31, 2019, in the journal Obesity Medicine.