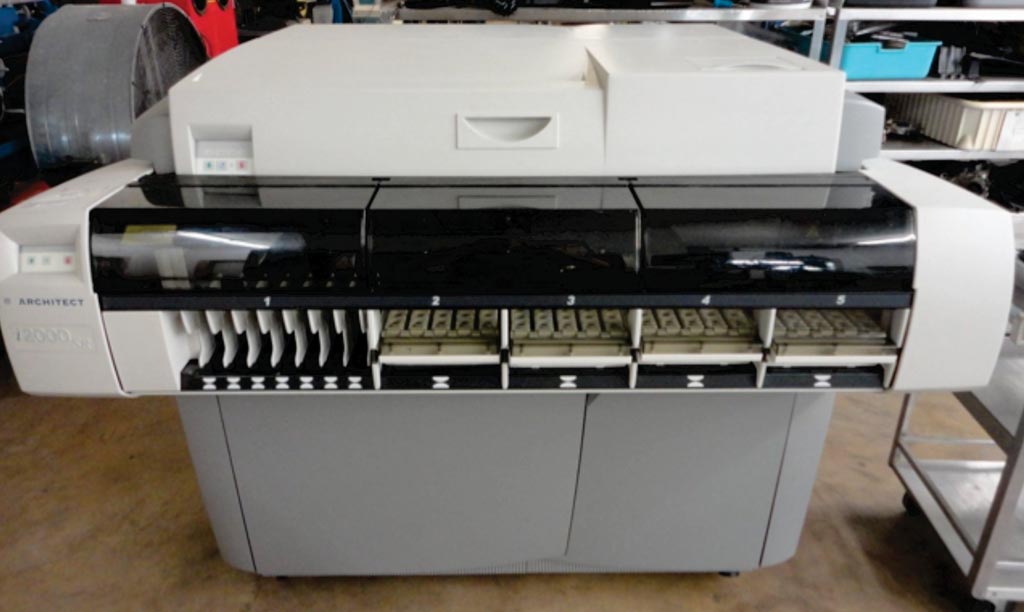 Image: The Architect I2000sr immunoassay (Photo courtesy of Abbott).
C-peptide testing a few years after a diagnosis of type 1 diabetes should be a routine procedure as it can help pinpoint occasional patients who have been misdiagnosed and actually have type 2 diabetes or a monogenic form of the disease.

C-peptide testing is a means of determining patients' endogenous insulin levels and was once routinely used in type 1 diabetes diagnoses until it was realized that there is often a 'honeymoon period' during which patients still have residual beta-cell activity, making the test outcome a little unreliable.

Scientists at the Western General Hospital (Edinburgh, UK) introduced routine serum C‐peptide testing using ARCHITECT immunoassay in their center for patients with a clinician diagnosis of Type 1 diabetes of at least three years’ duration. C‐peptide equal to or greater than 200 pmol/L prompted evaluation for other causes of diabetes.

Andrew Hattersley, MD, CBE, who presented the study, said, “If you transfer the blood on EDTA plasma it lasts for 24 hours. All samples that might be taken for HbA1c can also actually be used to measure C-peptide now. The sample can be taken randomly in the nonfasting state. Data has shown the only thing that matters is that the patient shouldn't be hypoglycemic, nor do patients need to be taken off their insulin treatment because we have tested that too and it made minimal difference to the C-peptide measurement.” The study was presented on March 7, 2019, at the Diabetes UK Professional Conference (DUPC) held in Liverpool, UK.