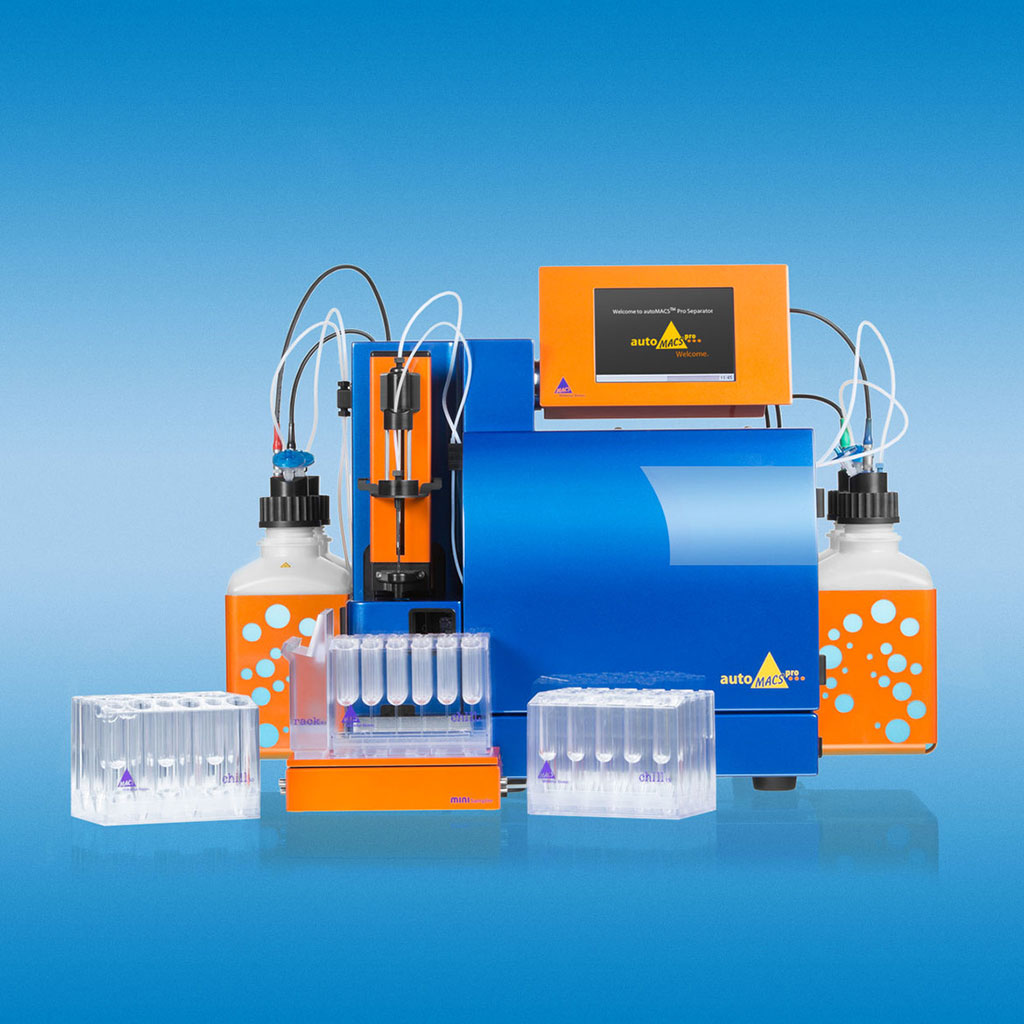 Image: With the autoMACS Pro Separator, cells from whole blood or bone marrow can be isolated with minimal hands-on time (Photo courtesy of Miltenyi Biotec)

Monitoring of measurable residual disease (MRD) in patients with acute myeloid leukemia (AML) is predictive of disease recurrence and may identify patients who benefit from treatment intensification.

For patients with hematological malignancies such as AML or high-risk myelodysplastic syndrome (MDS), allogeneic hematopoietic stem cell transplantation (allo-HSCT) often remains the only curative treatment option. Nevertheless, relapse after allo-HSCT occurs in 30% to 70% of patients with AML and is the major cause of treatment failure, with dismal prognosis and a 2-year survival of less than 20%.

The investigators reported that enrichment of CD34+ cells for NGS increased the detection of mutant alleles in PB ∼1,000-fold (median variant allele frequency, 1.27% versus 0.0046% in unsorted PB). Although a strong correlation was observed for the parallel analysis of CD34+ PB cells with NGS and DC the combination of FACS and NGS improved sensitivity for MRD detection in dilution experiments ∼10-fold to levels of 10−6. In both assays, MRD detection was superior using PB versus BM for CD34+ enrichment. Importantly, next-generation sequencing (NGS) on CD34+ PB cells enabled prediction of molecular relapse with high sensitivity (100%) and specificity (91%), and significantly earlier (median, 48 days; range, 0-281) than by CD34+ DC or NGS of unsorted PB, providing additional time for therapeutic intervention. Moreover, panel sequencing in CD34+ cells allowed for the early assessment of clonal trajectories in hematological complete remission.

The authors proposed a novel, easily accessible, robust method for ultrasensitive MRD detection in PB that is applicable to most patients with AML. Initial results demonstrated the feasibility of targeted deep sequencing of CD34+ cells for early relapse prediction in clinical settings, with superior sensitivity and specificity, as compared with chimerism-based MRD assessment or the use of unsorted PB for NGS. The study was published on June 2, 2022 in the journal Blood Advances.