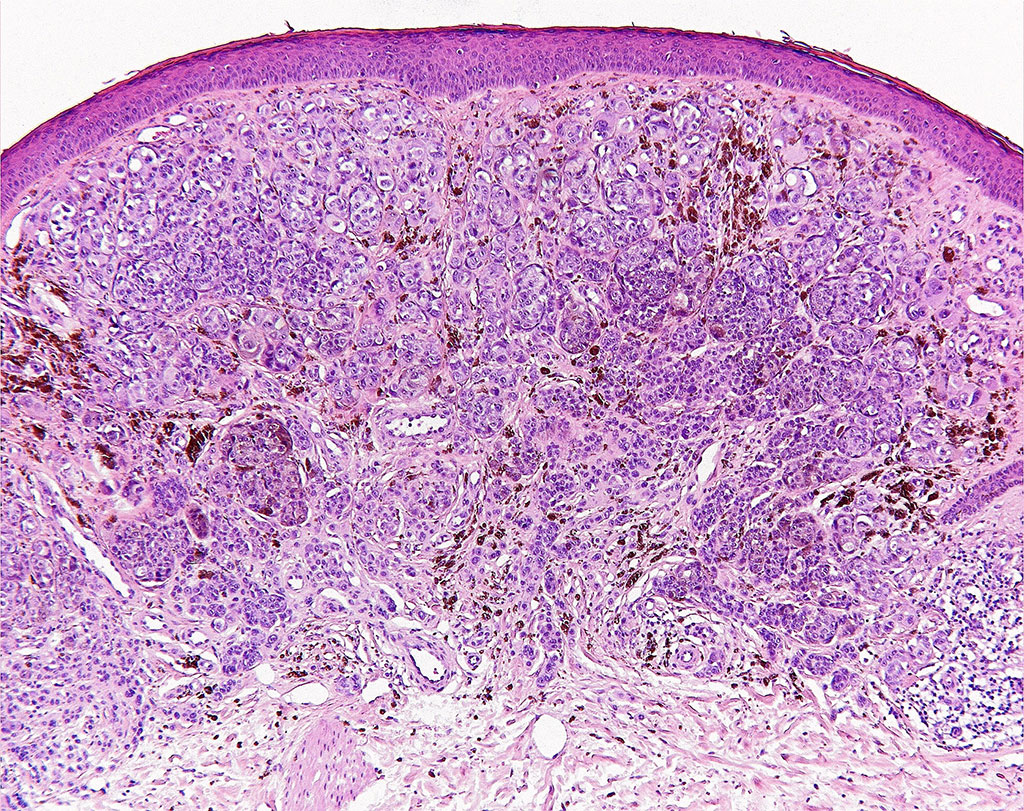 Changes in DNA can lead to the development and progression of cancer. DNA serves as a template for an intermediary molecule called RNA that, in turn, codes for proteins that control all cellular processes.

MicroRNA (miRNA) molecules are small segments of nonprotein coding RNA that can silence other protein-coding RNA molecules and regulate the production of proteins. When the activity of miRNA molecules is perturbed, diseases such as cancer can develop.

The team analyzed chromosome alterations and discovered that gains in chromosome segment 1q were very common among a panel of metastatic melanoma cases. A more in-depth analysis revealed that three key genes called CEP170, NUCKS1 and ZC3H11A present on chromosome 1q are amplified in metastatic melanoma cases and associated with disease progression. Mechanistically, they discovered that the RNA sequences of the three genes act as ceRNAs that sponge miRNA molecules that function to inhibit tumor growth and development. Therefore, by "soaking up" the miRNA molecules and their blocking antitumor activity, the ceRNA molecules drive tumor growth and metastasis. Importantly, they discovered that copy number alterations of CEP170, NUCKS1 and ZC3H11A were present in other tumor types, including breast, colon, liver and lung cancer, suggesting that these alterations may be important for other cancer types as well.

The authors concluded that this regulatory RNA network was evident in other cancer types, suggesting chromosome 1q ceRNA deregulation as a common driver of cancer progression. Taken together, this work demonstrates that ceRNAs mediate the oncogenicity of somatic CNAs. The study was published on July 14, 2022 in the journal Cancer Research.