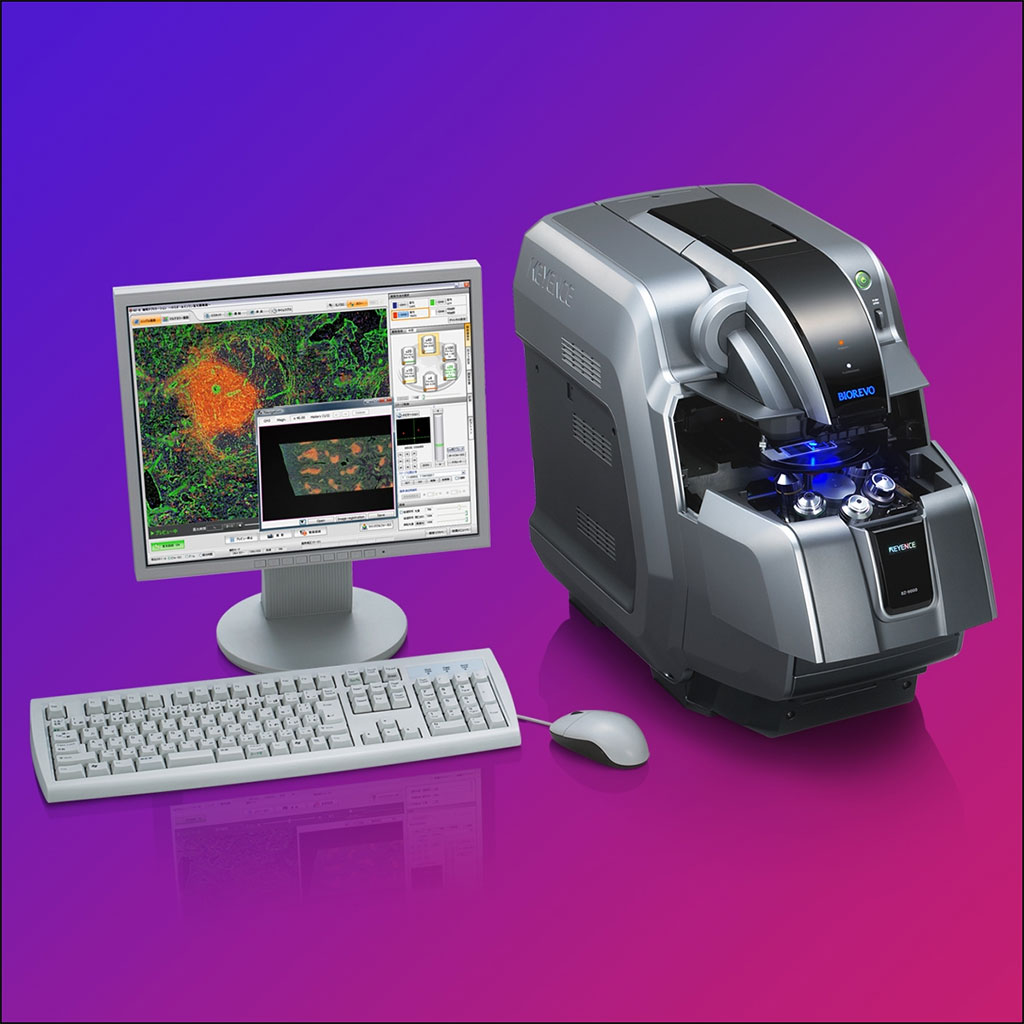 Image: The Keyence BZ-9000 BIOREVO microscope system performs fluorescence, brightfield, and phase-contrast imaging on a variety of specimen holders without the need for a darkroom (Photo courtesy of LASER FOCUS WORLD)

Amyotrophic lateral sclerosis (ALS) is a clinical diagnosis based on a history of progressive motor dysfunction that demonstrates a combination of upper motor neuron (UMN) and lower motor neuron (LMN) signs.

Neurologists at the National Hospital Organization Kure Medical Center and Chugoku Cancer Center (Kure, Japan) and their colleagues examined how to identify and characterize the histopathology of peripheral axons in the skeletal muscle of patients with ALS. The study was composed of two parts: a retrospective population-based cohort, which included 114 patients (mean age 62.3 years, 67% male) who underwent open muscle biopsy from January 1, 2004 to September 30, 2019 with a minimum one year of follow-up, and a case-control portion, which included 10 patients diagnosed with sporadic ALS (SALS) and TDP-43 pathology after postmortem muscle tissue examination, as well as 12 control participants with non-ALS diagnosis.

The scientists reported that among 114 patients in the cohort study, 71 (62.3%) exhibited intramuscular nerve bundles. In those who exhibited pTDP-43-positive intramuscular nerve bundles, 33 patients (22 male, mean age, 65.2 years) were later diagnosed with ALS. The other 38 patients (26 male) showed no pTDP-43-positive bundles and did not develop ALS. Data additionally revealed that in patients lacking evident nerve bundles (28 male, mean age, 61.3 years), three were later diagnosed with ALS. Among patients with ALS in the biopsy cohort, nine with pTDP-43–positive bundles showed only lower motor neuron symptoms at biopsy.

Takashi Kurashige, MD, PhD, of the department of neurology and a senior author of the study said, “The vast majority of sporadic ALS (SALS) cases are pathologically characterized by the deposition of abnormal ubiquinated inclusions immunoreactive to TDP-43.”

The authors concluded that axonal pTDP-43 accumulations may be characteristic for patients with ALS, and as a result, may be a novel diagnostic biomarker for ALS. Axonal pTDP-43–positive accumulations were detected not only in the nerve bundles of patients with autopsy-confirmed SALS, but also in those of patients with SALS who had only lower motor neuron symptoms as clinical manifestations at the time of biopsy. The study was published on May 23, 2022 in the journal JAMA Neurology.