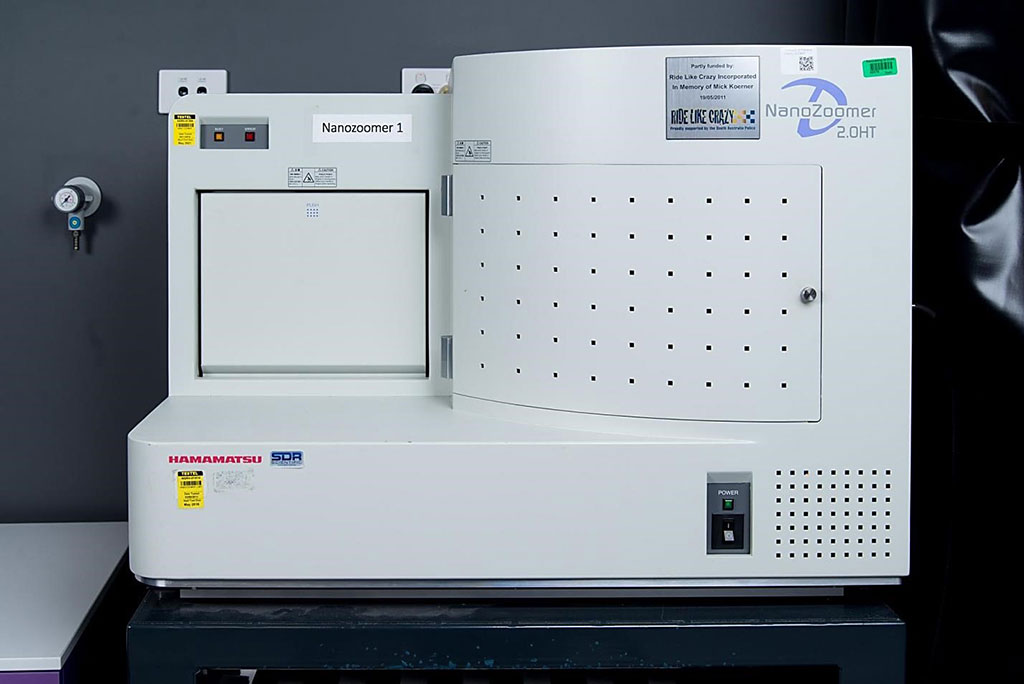 Image: The Hamamatsu Photonics Nanozoomer 1 Digital Slide Scanner (Photo courtesy of University of Adelaide)
Nephronophthisis (NPH) is a genetic disorder of the kidneys which mainly affects children. It is classified as a medullary cystic kidney disease. The disorder is inherited in an autosomal recessive fashion and, although rare, is the most common genetic cause of childhood kidney failure.

Even in adult patients, accurate diagnosis of NPH is important because management options, such as kidney transplantation and appropriate genetic counseling, are available. The clinical diagnosis of adult NPH is problematic because clinical, radiologic and histologic features are non-specific. Even the extrarenal features are fewer in adults. Because management includes renal transplantation and genetic counseling, an accurate early diagnosis is essential.

Nephrologists at the Tokyo Medical and Dental University (Tokyo, Japan) investigated 18 adult patients who were suspected to have NPH by renal biopsy. The patients were recruited at 16 institutions in Japan between 2015 and 2019. For each patient, the tissue slides that were stained with hematoxylin-eosin, periodic acid-Schiff, and periodic acid–methenamine silver were digitized using the NanoZoomer HT Scan system (Hamamatsu Photonics, Hamamatsu, Japan).

The scientists performed polymerase chain reaction for exons 1, 10, and 20 of NPHP1, if homozygous entire deletion of NPHP1 was detected by copy number variation analysis. To investigate what the essence of thick tubular basement membrane (TBM) duplication was, they performed low-vacuum scanning electron microscopic (Hitachi, Tokyo, Japan) analysis and immunofluorescence (IF) analysis in the representative cases with or without pathogenic mutations.

The authors concluded that in adult patients with NPH, thick TBM duplication was the specific finding. Their analysis also suggested that older patients tended to have no pathogenic mutations, even when they were suspected to have NPH by renal biopsy. These findings could be the novel clinical clue for the diagnosis of NPH in adult patients. The study was published originally on March 3, 2021 in the journal Kidney International Reports.