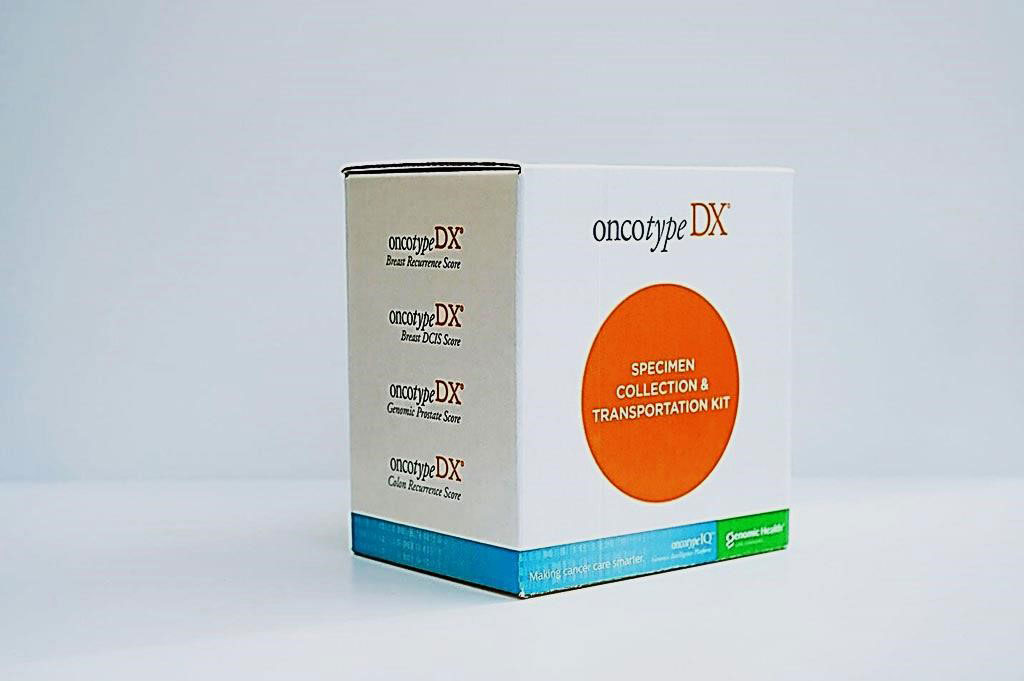 Image: The Oncotype DX Genomic Prostate Score (GPS) test is a strong independent predictor of prostate cancer-specific death and disease progression (metastases) at 10 years in men with localized prostate cancer (Photo courtesy of Genomic Health)
Long-term cancer outcomes are an important consideration when deciding between active surveillance (AS) and immediate treatment for newly diagnosed prostate cancer. Multiple prospective AS studies that predominantly include patients at the lowest risk of progression have demonstrated a low risk of distant metastasis (DM) and prostate cancer–specific mortality (PCSM) with extended follow-up.

Based on these studies, the current use of AS for newly diagnosed men is increasing and now includes expanded selection criteria, including younger men with longer life expectancy and those with biopsy-defined pathologic features that fall outside eligibility criteria of older studies. Localized prostate cancer has an extended natural history, making immediate treatment decisions difficult without the understanding of long-term cancer risks.

A multi-institute team of scientists collaborating with Baylor College of Medicine (Houston, TX, USA) evaluated the association of the GPS result assayed from the index lesion from radical prostatectomy tissue with the risk of DM and PCS over the 20 years following radical prostatectomy (RP) in a stratified cohort sample of 428 patients from 2,641 treated between 1987 and 2004. The scientists assessed the association between the Oncotype DX Genomic Prostate Score (17-gene panel GPS, Exact Sciences, Redwood City, CA, USA) result and long-term oncological outcomes following RP.

The team reported that the GPS test appears to be independently associated with both 20-year risk of DM and PCSM with a low false discovery rate. Per 20-unit increase in GPS, multivariable analysis with RM correction estimated hazard ratios of 2.24 (95% CI, 1.49 to 3.53) and 2.30 (95% CI, 1.45 to 4.36) for DM and PCSM, respectively. Accuracy of models including clinical risk factors alone appeared to improve when including the GPS test in assessing risk of both end points.

Eric Klein, MD, chairman of the Glickman Urological and Kidney Institute at Cleveland Clinic (Cleveland, OH, USA) and the study's lead author, highlighted one finding from the study that he believes will have the most immediate clinical impact for prostate cancer patients: "If you look at the graphs, there's an inflection point, right around the score of 29 or 30. In the past, we used the test to try and estimate relative risk for adverse pathology or some other bad outcome on a sliding scale. I look at this data and I say, 'Gee, if your score is below 29, you have a really small chance of developing metastatic disease or dying of prostate cancer.”

The authors concluded that with long-term follow-up, the GPS test appears to be associated with both DM and PCSM and improves the accuracy of models containing clinical variables alone. These findings suggest that genomic changes in the tumor tissue, quantified by the GPS test, provide additional biological insight into the long-term risk of DM and PCSM. This information may be valuable to those considering AS. The study was published on April 20, 2021 in the journal JCO Precision Oncology.