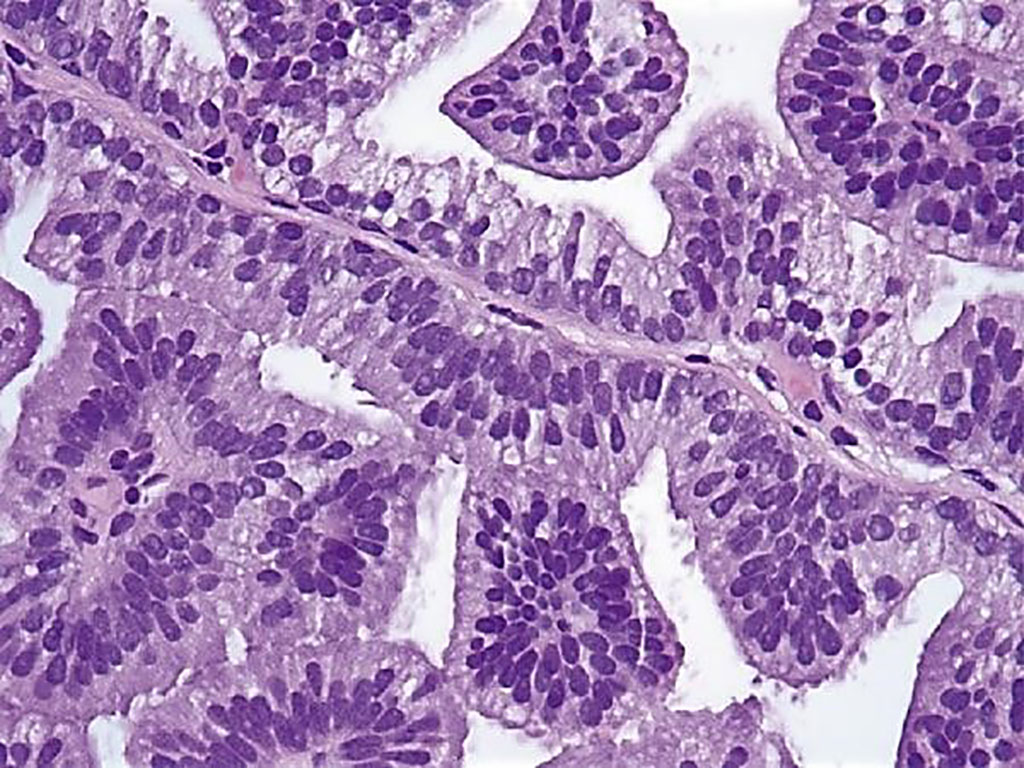 Image: High-power photomicrograph of ductal adenocarcinoma (Prostate cancer) illustrating tall columnar cells with pale to clear cytoplasm and large ovoid nuclei (Photo courtesy of David J. Grignon, MD).
When prostate cancer has been detected or has returned following initial treatment with surgery, radiation therapy and/or hormone therapy, it is said to be recurrent or relapsed. Treatment of recurrent prostate cancer depends on what treatment a patient has previously received and the extent of the cancer.

The team reported that on multivariable analysis, the GC (continuous variable, per 0.1 unit) was independently associated with distant metastasis (DM) (hazard ratio [HR], 1.17; prostate cancer–specific mortality (PCSM) (HR, 1.39), and overall survival (OS) (HR, 1.17) after adjusting for age, race/ethnicity, Gleason score, T stage, margin status, entry prostate-specific antigen, and treatment arm. Although the original planned analysis was not powered to detect a treatment effect interaction by GC score, the estimated absolute effect of bicalutamide on 12-year OS was less when comparing patients with lower versus higher GC scores (2.4% versus 8.9%), which was further demonstrated in men receiving early salvage radiotherapy (sRT) at a prostate-specific antigen level lower than 0.7 ng/mL (−7.8% versus 4.6%).

Felix Y. Feng, MD, a Professor of Radiation Oncology and first author of the study, said, “Thus, our findings can be relatively quickly incorporated into clinical practice. For patients with prostate cancer recurrences following surgery, I believe that the Decipher test can be helpful to guide decisions regarding who should receive radiation alone or radiation with hormone therapy.”

The authors concluded that the ancillary validation study of the Decipher GC in a randomized trial cohort demonstrated association of the GC with DM, PCSM, and OS independent of standard clinicopathologic variables. These results suggest that not all men with biochemically recurrent prostate cancer after surgery benefit equally from the addition of hormone therapy to sRT. The study was published on February 11, 2021 in the journal JAMA Oncology.