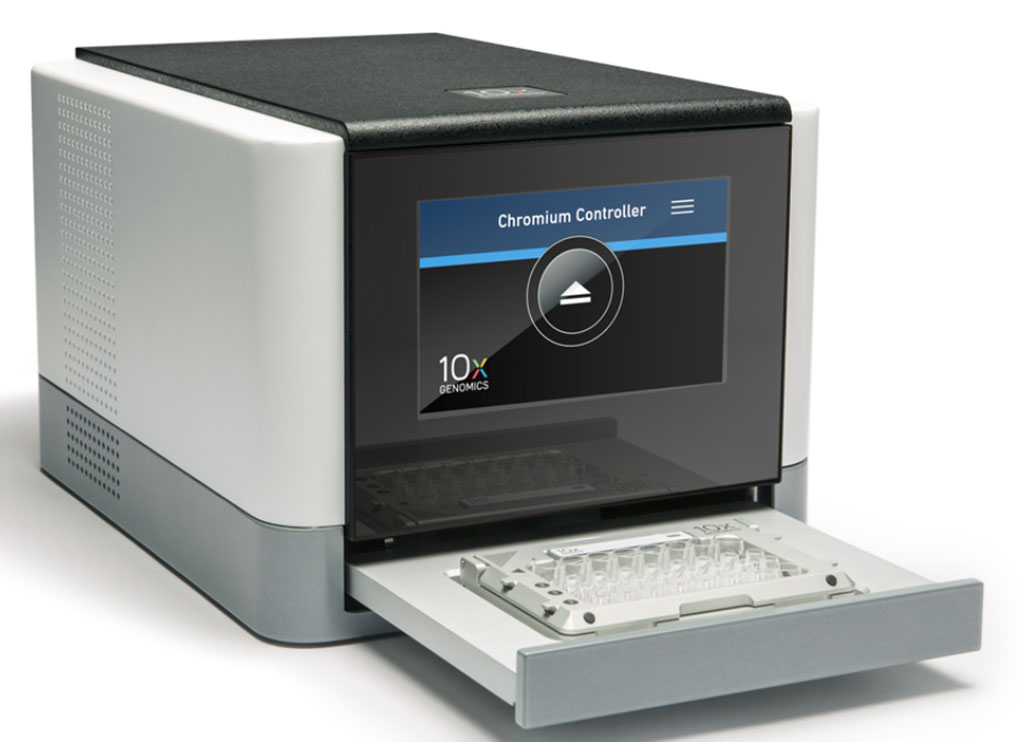 Image: The Chromium Controller is a component of the Chromium platform designed to enable high-throughput analysis of individual biological components, such as up to millions of single cells (Photo courtesy of 10x Genomics).
Development of the human intestine is a highly complex process that requires synergy between a wide range of cell types. Importantly, environmentally triggered alterations in early development have been implicated in a range of immune-mediated pathologies, including inflammatory bowel diseases (IBD).

Furthermore, a number of studies have reported a link between early fetal intestinal epithelial cell dynamics and IBD suggesting that fetal-like transcriptional programs may re-appear in the intestinal epithelium of IBD patients. Hence, deciphering physiological intestinal development is a critical step toward prevention and treatment of such conditions.

The team, based on these, along with fetal organoid maturation and single-molecule fluorescence in situ hybridization experiments, identified intestinal cell populations that distinguish developing gut samples from those found in adults. In children with Crohn's disease, on the other hand, they saw epithelial cell activity by transcription factors that are normally limited to fetal roles. While stem cells in the adult gut are typically marked by enhanced expression of the stem cell marker Leucine-rich repeat-containing G-protein coupled receptor 5 (LGR5), for example, the team's single-cell profiles from embryonic and fetal cells spanning the first six to 10 weeks of development suggested that early epithelial precursor cells have characteristic and relatively consistent expression of a gene called BEX5.

With single-cell transcriptomes and other insights from maturing fetal organoid samples, meanwhile, the scientists got a look at the gene expression, regulation, and signaling shifts that accompany the maturation of intestinal epithelial cells from the stem cell stage to differentiated cell stages. Finally, when they set single-cell gene expression profiles from Crohn's disease cases and controls against available transcriptome data, the investigators saw signs that pediatric Crohn's disease may involve transcription factors that revert to enhanced activity levels found in fetal intestinal cells.

The authors concluded that IBD, and particularly Crohn's disease, are thought to be caused by a complex interplay between the environment and genetic predisposition leading to an irreversibly altered immune response. These latest results provide evidence in humans that regenerating Crohn's disease epithelium shares transcription factor programs otherwise present only in fetal epithelium. The study was published on December 7, 2020 in the journal Developmental Cell.