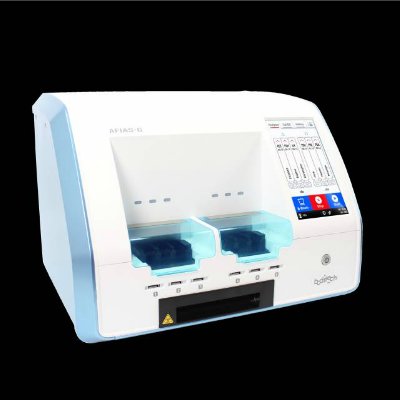 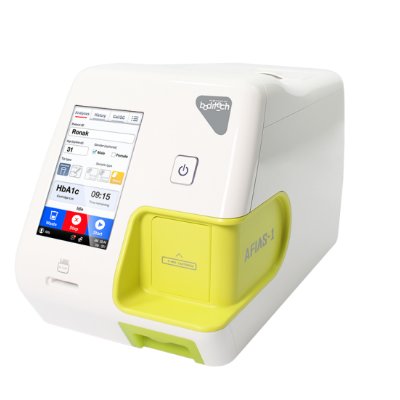 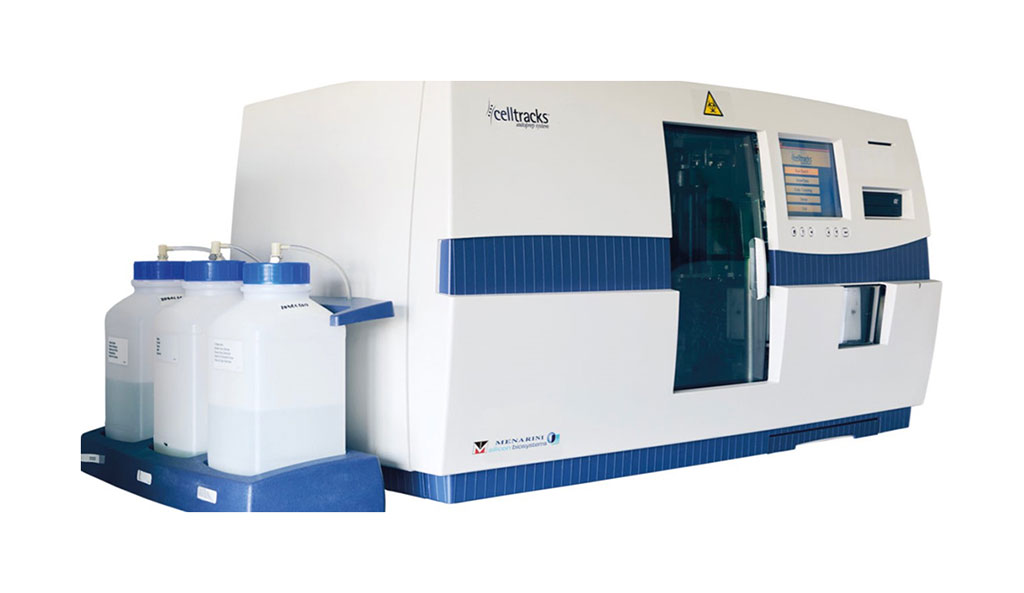 Image: The CELLSEARCH Circulating Tumor Cell (CTC) Test is used for determining the prognosis of patients with metastatic breast, prostate and colorectal cancer (Photo courtesy of Menarini Silicon Biosystems).
Metastatic breast cancer, also called stage IV breast cancer, means the cancer has traveled through the bloodstream to create tumors in the liver, lungs, brain, bones and/or other parts of the body. Approximately 20% to 30% of women with early stage breast cancer go on to develop metastatic disease.

Circulating tumor cells (CTCs), are tumor cells that diffuse into the circulating blood and serve an important role in the progress of cancer. During the early stages of cancer, CTCs undergo an epithelial‑mesenchymal transition and obtain a more invasive phenotype. The development of robust and clinical study-friendly techniques has led to thorough investigation of CTCs as biomarkers in stage IV breast cancer, where CTCs can frequently be detected.

Scientists at the Ulm University Hospital (Ulm, Germany) investigated the potential of CTCs, which are shed from the primary tumor into the bloodstream, to predict overall survival. They analyzed global pooled datasets from peer-reviewed and published studies of 4,079 patients with metastatic breast cancer, all of whom had undergone baseline and follow-up CTC measurements using the CellSearch test (Menarini Silicon Biosystems Inc, Huntington Valley, PA, USA). The median time from baseline to follow-up was 29 days. Changes in CTC levels between baseline and follow-up were analyzed to determine whether they were associated with overall survival.

Compared to patients who were negative/negative, the risk of death was 215% greater for those who were positive/positive, 74% greater for negative/positive, and 52% greater for positive/negative. For patients who were CTC-positive at baseline, those who remained CTC-positive at follow-up had a 51% greater risk of death than those who converted to CTC-negative. Similar trends were found when CTC dynamics were analyzed by breast cancer subtype, including for hormone receptor-positive, HER2-positive, and triple-negative breast cancers. CTC dynamics were associated with overall survival for all breast cancer subtypes.

Wolfgang Janni, MD, PhD, a professor of Obstetrics and Gynecology and a senior author of the study, said, “With the increasing number of treatment options available to patients with metastatic breast cancer, being able to predict and monitor treatment responses rapidly will be critical to aiding treatment decisions. We were interested in determining whether treatment response and prognosis could be predicted earlier using a simple blood test.” The study was presented at the virtual 2020 San Antonio Breast Cancer Symposium, held December 8-11.