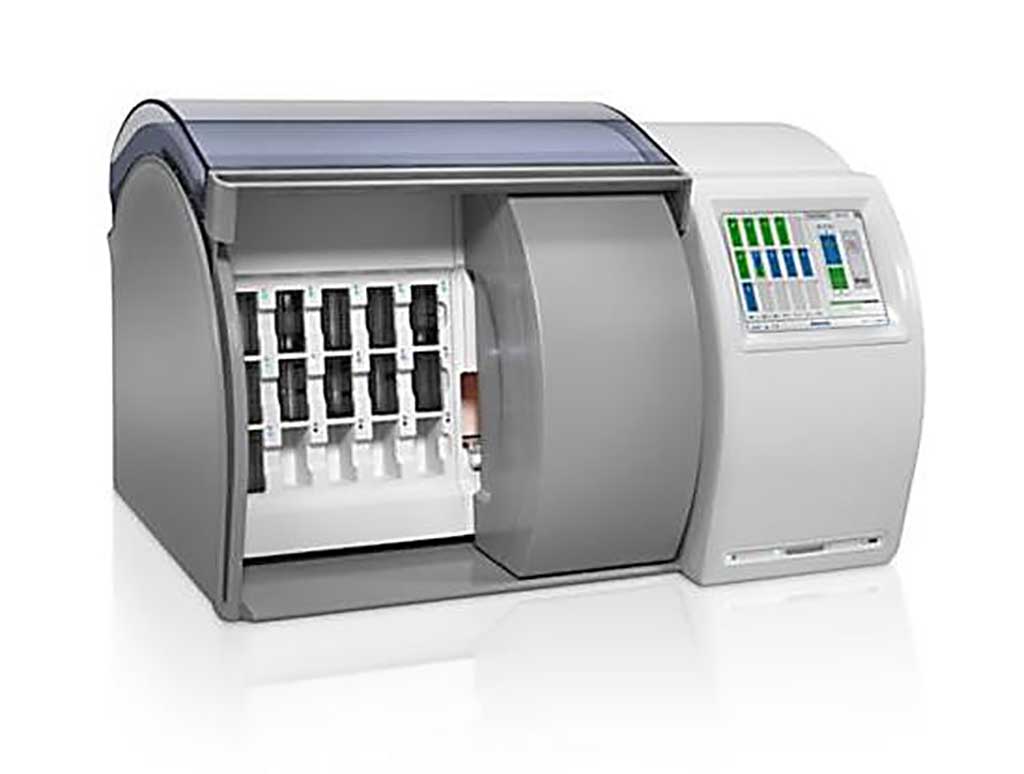 Image: IntelliSite Ultra-Fast Digital pathology slide scanner is designed to accommodate current histopathology needs for routine use in high volume labs and integrated pathology networks (Photo courtesy of Philips Digital Pathology Solutions).
Phyllodes tumors (PTs) are a fibroepithelial tumor composed of an epithelial and a cellular stromal component. They may be considered benign, borderline, or malignant depending on histologic features including stromal cellularity, infiltration at the tumor's edge, and mitotic activity.

Digital pathology (DP) is becoming more widely available and has been harnessed to enhance diagnosis and access to subspecialty opinion, promote education, and may also be deployed for remote reporting. DP has enabled the development of artificial intelligence (AI) in pathology, through image analysis and machine learning, including working toward open source access.

Pathologists at the Singapore General Hospital (Singapore) and their colleagues chose representative slides from 93 cases of PTs diagnosed between 2014 and 2015. The mean age ± SD of the cohort was 42.5 ± 12.7 years. Of these, 60 were benign, 31 borderline, and two malignant, which were graded based on the World Health Organization guidelines. Specifically, stromal hypercellularity and stromal atypia were categorized into mild, moderate, and marked, according to the consensus review.

The slides were scanned with the IntelliSite Ultra-Fast Scanner (Philips Digital Pathology Solutions, Eindhoven, the Netherlands) and viewed with the Philips’ Image Management System viewer. Mitotic counting was conducted on the whole slide image, before choosing 10 high powered fields (HPFs) and demarcating the tumor area in DP. Values of mitoses/mm2 were used to compare results between 10 HPFs and the whole slide. Correlations with clinicopathological parameters were conducted.

The authors concluded that an accurate set of 10 HPFs that yielded a maximal mitotic count can be chosen after evaluating the whole slide. DP makes counting mitoses over a larger area subjectively easier, with the possibility of AI being used as facilitator and enabler. This could influence how to approach training, testing, and validation of future AI algorithms for mitotic counting. The study was published in the November. 2020 issue of the journal Archives of Pathology and Laboratory Medicine.