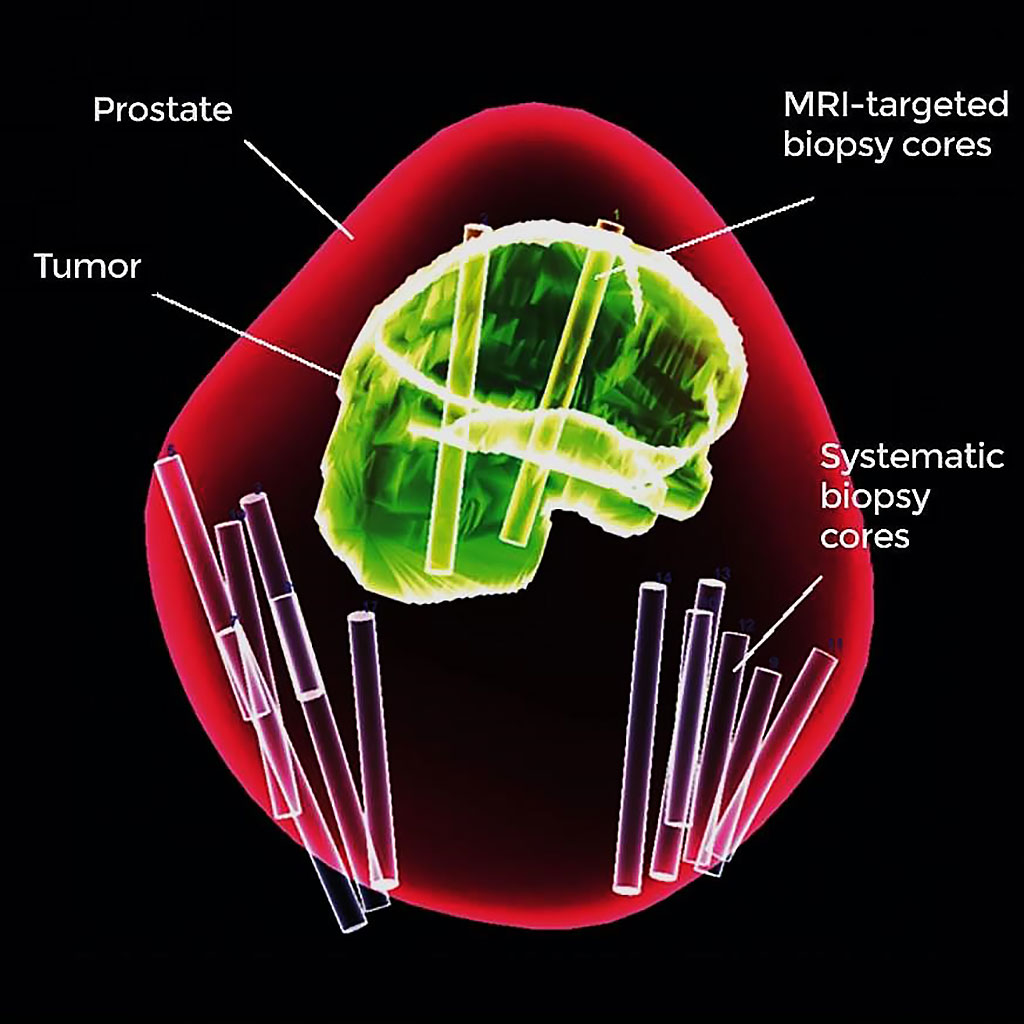 Image: Testing with combined biopsy method improves prostate cancer diagnosis (Photo courtesy of the National Institutes of Health Clinical Center).
Prostate cancer can vary widely in severity and its potential to spread. Low-grade prostate cancer is associated with a very low risk of cancer-specific death and often does not require treatment, whereas high-grade cancers are much more likely to spread and are responsible for most prostate cancer deaths. This makes the correct assessment of the cancer grade very important for treatment decisions.

Unlike biopsies for most other types of cancer, which target abnormalities found by imaging, systematic biopsy uses a non-targeted method of taking systematically spaced samples across the prostate gland to find a cancer. Because this method can potentially miss areas of cancer, doctors may then over treat a patient with low-grade disease, fearing there is high-grade disease they missed.

Peter Pinto, MD, of the Urologic Oncology Branch in NCI's Center for Cancer Research and senior author of the study, said, “With the addition of MRI-targeted biopsy to systematic biopsy, we can now identify the most lethal cancers within the prostate earlier, providing patients the potential for better treatment before the cancers spread.”

The authors concluded that among patients with MRI-visible lesions, combined biopsy led to more detection of all prostate cancers. However, MRI-targeted biopsy alone underestimated the histologic grade of some tumors. After radical prostatectomy, upgrades to grade group 3 or higher on histopathological analysis were substantially lower after combined biopsy. The study was published on March 5, 2020 in the journal The New England Journal of Medicine.