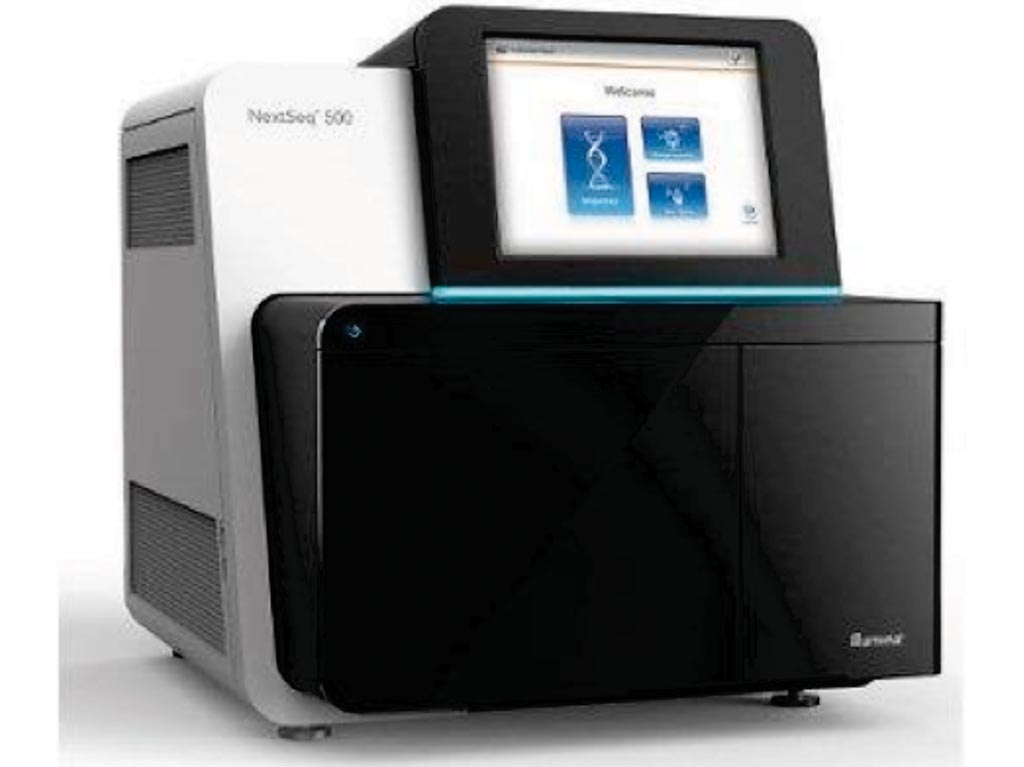 Image: The NextSeq 500 next-generation sequencer (Photo courtesy of Illumina).
The endometrium is the dynamic inner layer of the uterus, composed of stroma and epithelial cells that undergo monthly proliferation, differentiation, and shedding throughout the menstrual cycle in reproductive age women.

An estimated 63,230 women will be diagnosed with endometrial cancer (EC) this year. Disruption of normal endometrial processes results in a number of pathologies, including endometrial hyperplasia, EC, endometriosis, adenomyosis, and endometriosis-associated ovarian cancer (EAOC).

Gynecologists and their colleagues at Michigan State University (Grand Rapids, MI, USA) identified a combination of two gene mutations that are linked to endometrial cancer. They found that mutations of the AT-Rich Interaction Domain 1A (ARID1A) and the Phosphatidylinositol 4,5-bisphosphate 3-kinase catalytic subunit alpha isoform (PIK3CA) genes are frequently found together in the development of EC, as well as in EAOC. The team analyzed the samples with a next-generation sequencer, the NextSeq 500, a machine that rapidly sequences the human genome.

ARID1A is a tumor suppressor. When it mutates, chromatin, cellular material that keeps DNA compacted in cells, loses its structure, allowing cancer to spread. PIK3CA is an instructional gene that tells the body to produce certain proteins and leads to uncontrolled growth of cells when it mutates. Similarly, these same mutations often are found in women who have endometriosis, a painful condition in which uterine tissue grows outside the uterus, but many of those affected never develop endometrial cancer.

Ronald L. Chandler, PhD, an assistant professor of obstetrics, gynecology and reproductive biology, and corresponding author of the study, said, “We're trying to understand why some women with the same set of mutations get cancer and some don't. There is something else involved. The hardest part of our job is figuring out what's causing it. Is it something in the environment or it is something else? It's a complex process. These are big questions that we're trying to address.” The study was published on August 7, 2019, in the journal Nature Communications.