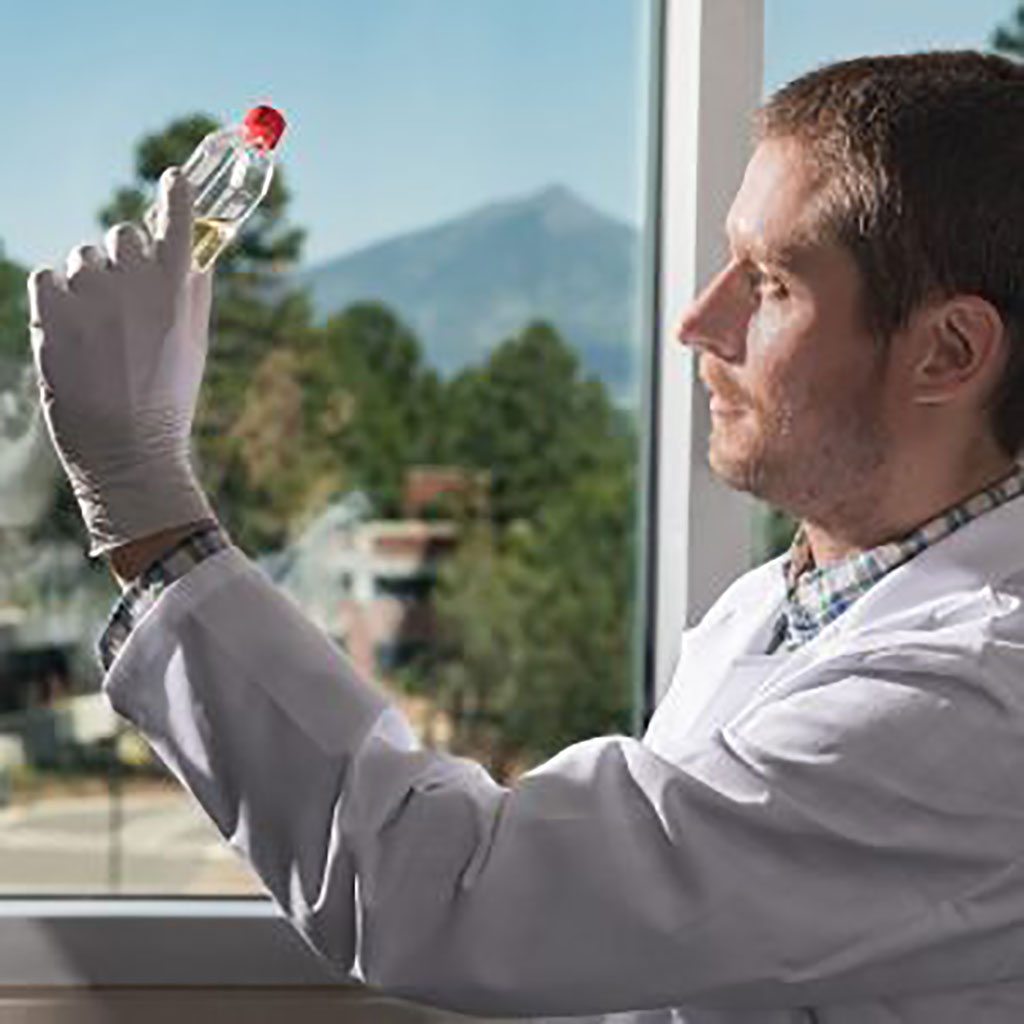 A new serological test can not only help humanity prepare for and respond to the next pandemic, but it also can be pivotal in the search for viral triggers of diseases like diabetes and celiac disease.

PepSeq, a technology developed by a research team that included Jason Ladner, an assistant professor at Northern Arizona University (Flagstaff, AZ, USA), allows scientists to test antibody binding against hundreds of thousands of protein targets at one time, instead of testing one at a time. When we’re trying to track a contagious virus, like coronavirus, and figure out how to respond to it, getting answers quickly can be the answer between life and death. The researchers have laid out a protocol that describes the novel approach for conducting highly multiplexed serology assays and details the team’s approach for designing and synthesizing custom PepSeq libraries, as well as how to use these libraries to conduct assays and interpret the data.

The researchers hope to provide a roadmap for scientists everywhere to use the protocol in their own research, moving us closer to answers on some major infectious diseases. It’s an important step forward as concerns about bioterrorism, zoonotic diseases and the next pandemic are never far away. Understanding these pathogens will help scientists develop vaccines and track their movement and evolution. At its most basic, the protocol allows scientists to test how protein targets, or antigens, bind to antibodies hundreds of thousands at a time. Antigens, which are pieces of a pathogen - like a virus or a bacteria - are the targets of antibodies in the host’s blood. New antibodies are produced in response to each new infection, which are highly specific for particular antigens and can persist for months or even years. Therefore, antibodies help to protect from future infections with similar pathogens, but they also provide a record of past exposures.

One of the big questions on the medical side, then, is which antibodies protect against infection. This is where humanity found itself in 2020 - not knowing which were the right antibodies that the body needed to develop to respond to COVID-19. That information was needed to create an effective vaccine and, in the future, could help develop vaccination approaches that would broadly protect against coronaviruses like SARS-CoV-2, including those that we have yet to identify.

PepSeq contributes to this process in two key ways. First, it allows scientists to simultaneously assess antibody binding across a large number of different antigens. Because antibodies are evidence of a host’s past infections, knowing what antibodies a person has can offer clues about what pathogens they have been exposed to in the past. This assay allows researchers to broadly explore exposure history by testing for evidence of past infections by all viruses known to infect humans. Second, the antigens used in PepSeq are short peptides, which means they are typically no more than 64 amino acids in length. That means that each time an antibody binds to a PepSeq antigen, the signal is specific to a particular protein region, allowing the research team to dissect the antibody response in minute detail. It helps suss out which portions of a pathogen are most commonly targeted by antibodies and which antibodies are specific to particular pathogens, like the novel coronavirus that causes COVID-19, and which cross-recognize - and potentially cross-protect against - closely related pathogens, like the coronaviruses that can cause the common cold. The third key factor overarching every assay: PepSeq allows these tests to be run quickly and with a much smaller sample volume than other assays - crucial because often these samples are precious and in short supply.

This study provides the information needed for any researcher to use PepSeq. It also provides their rationale for the decisions they made in the process so others can build on the technology. As innovative as this protocol is, the researchers aim for others to innovate even further. Ladner’s team is leading the development of bioinformatics protocols and custom software packages that will create the PepSeq libraries and allow for the interpretation of data collected through the protocol. Ladner also is refining a protocol for new sample types, including human saliva, urine and blood-fed mosquitoes. He is also using PepSeq to better understand the distribution and ecology of viruses that affect other animals but not humans (yet). This will allow his team to explore antibody reactivity in other animals, like bats, which will demonstrate what types of viruses are commonly infecting these reservoir species. Although most of this research is aimed at questions in the fact-finding part of the process, it should lay a foundation that leads to a more effective response during future outbreaks, as well as vaccines and therapeutic treatments for viral illnesses.

“Serology assays are important for diagnosing many human and animal infections,” said Ladner. “However, traditional assays often lack sensitivity and/or specificity. Our approach can help to identify which proteins most commonly stimulate an antibody response during infection and which epitopes are specific for the pathogen of interest, rather than being cross-reactive across related pathogens.”

“This can help us to better understand the epidemiology of infectious diseases, and it is also empowering us in our search for potential viral triggers for non-infectious diseases like diabetes and celiac disease,” added Ladner.