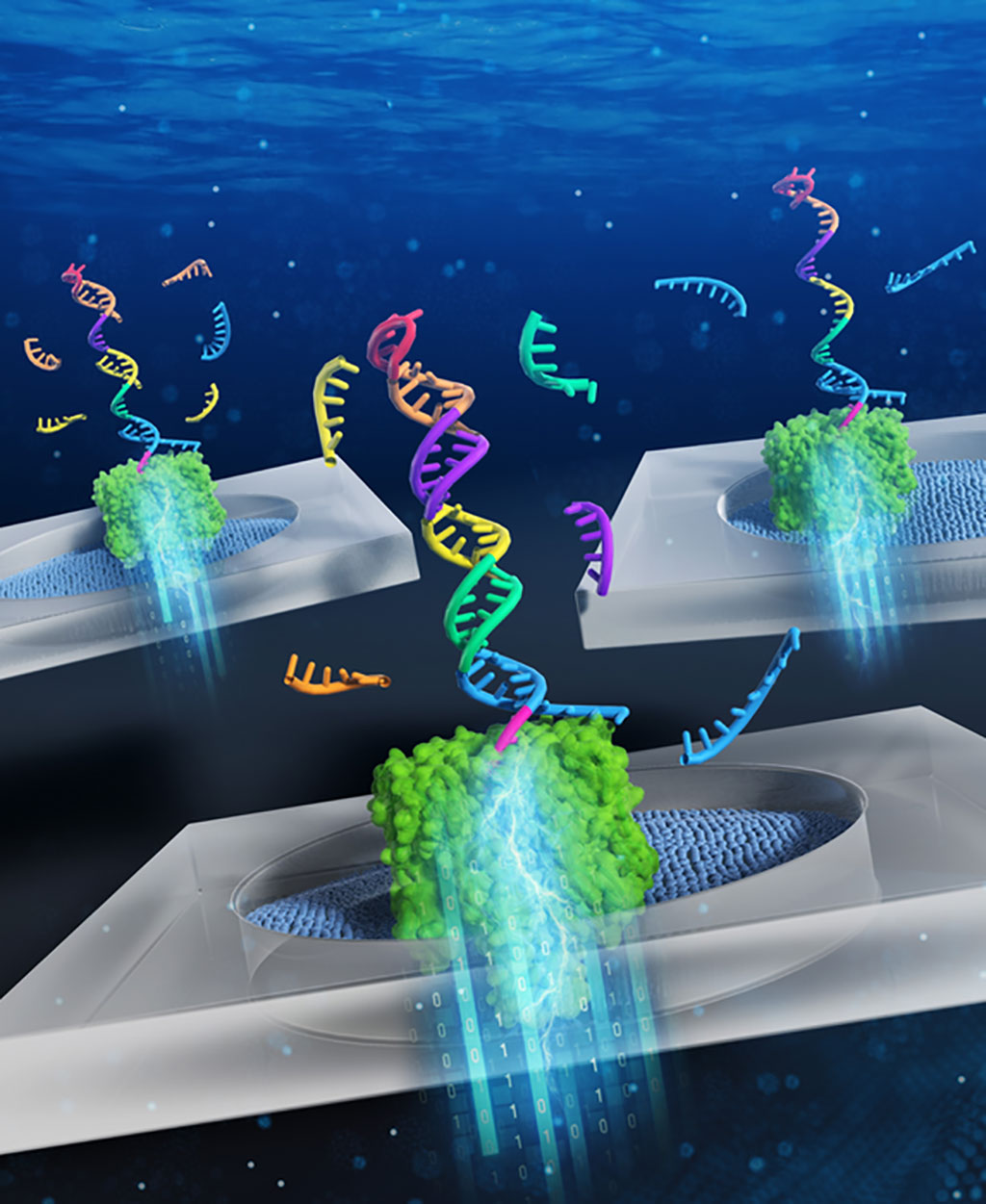 Bile duct cancer (cholangiocarcinoma) is an often lethal type of cancer, since by the time of diagnosis most bile duct cancers are already incurable. Thus, methods for the early diagnosis of this cancer are urgently needed.

Using nanopore sequencing, a single molecule of DNA or RNA can be sequenced without the need for PCR amplification or chemical labeling of the sample. The magnitude of the electric current density across a nanopore surface depends on the nanopore's dimensions and the composition of DNA or RNA that is occupying the nanopore. Sequencing is made possible because, passing through the channel of the nanopore, the samples cause characteristic changes in the density of the electric current flowing through the nanopore. Nanopore sequencing has the potential to offer relatively low-cost genotyping, high mobility for testing, and rapid processing of samples with the ability to display results in real-time.

In the current study, a diagnostic DNA with a hairpin structure (HP-dgDNA), which had the ability to detect multiple miRNAs simultaneously, was employed as the computational molecule. The dgDNA was passed through a nanopore, and as the molecule transited the pore, bound miRNAs were “unzipped” from the DNA, resulting in a current inhibition of characteristic amplitude and duration. These perturbations in the current through the pore were measured and used to deduce the properties of the passing molecule.

Using this system of DNA-computing combined with nanopore decoding, the investigators identified the expression patterns of five different types of miRNAs (miR-193, miR-106a, miR-15a, miR-374, and miR-224). These miRNAs were over expressed in bile duct cancer. Moreover, the dgDNA–miRNA complexes could be detected at the attomolar (10–18 M) level, which was a significant improvement compared to previously reported limits of detection (about 10–12 M) for similar analytical platforms.

“DNA computing uses the biochemical reactions of the information-encoding DNA molecules to solve problems based on formal logic, in the same way that normal computers do,” said senior author Dr. Ryuji Kawano, professor of biotechnology and life science at Tokyo University of Agriculture and Technology. “In this case, a diagnostic DNA molecule was designed to be able to bind five different kinds of miRNA associated with bile duct cancer. In the process of binding the miRNA molecules, the diagnostic DNA converts the expression pattern of the miRNAs into the information contained in the form of a nucleic acid structure.”

The nanopore technique was described in the June 26, 2022, online edition of the journal JACS Au.