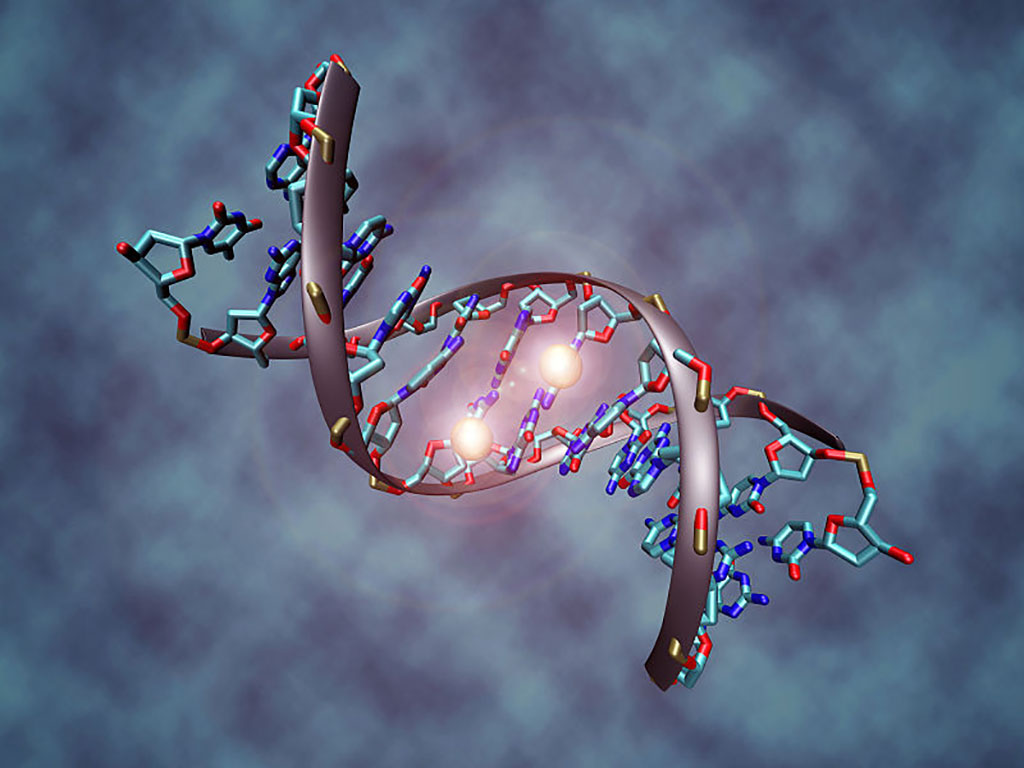 Image: This image depicts a DNA molecule that is methylated on both strands on the center cytosine. The two white spheres represent methyl groups (Photo courtesy of Wikimedia Commons)
A liquid biopsy test that analyzes levels of circulating tumor DNA methylation detected cancer in nonsymptomatic individuals up to four years before tumors were found by current diagnostic methods.

The investigators worked with plasma samples collected between 2007 and 2017 from over 120,000 individuals as part of the Taizhou Longitudinal Study. For the current study, they used the PanSeer method to analyze plasma samples obtained from 605 asymptomatic individuals, 191 of whom were later diagnosed with cancer. They also profiled plasma samples from an additional 223 diagnosed cancer patients as well as 200 primary tumor and normal tissue samples.

Results revealed that PanSeer detected five common types of cancer (stomach, esophageal, colorectal, lung, or liver cancer) in 88% of post-diagnosis patients with a specificity of 96%. Overall, PanSeer identified cancers in 91% of samples from individuals who had been asymptomatic when the samples were collected and were only diagnosed with cancer one to four years later. In addition, the method recognized 95% of cancer-free samples.

"The ultimate goal would be performing blood tests like this routinely during annual health checkups," said contributing author Dr. Kun Zhang, professor of bioengineering at the University of California, San Diego. "But the immediate focus is to test people at higher risk, based on family history, age or other known risk factors."

The PanSeer study was published in the July 21, 2020, online edition of the journal Nature Communications.