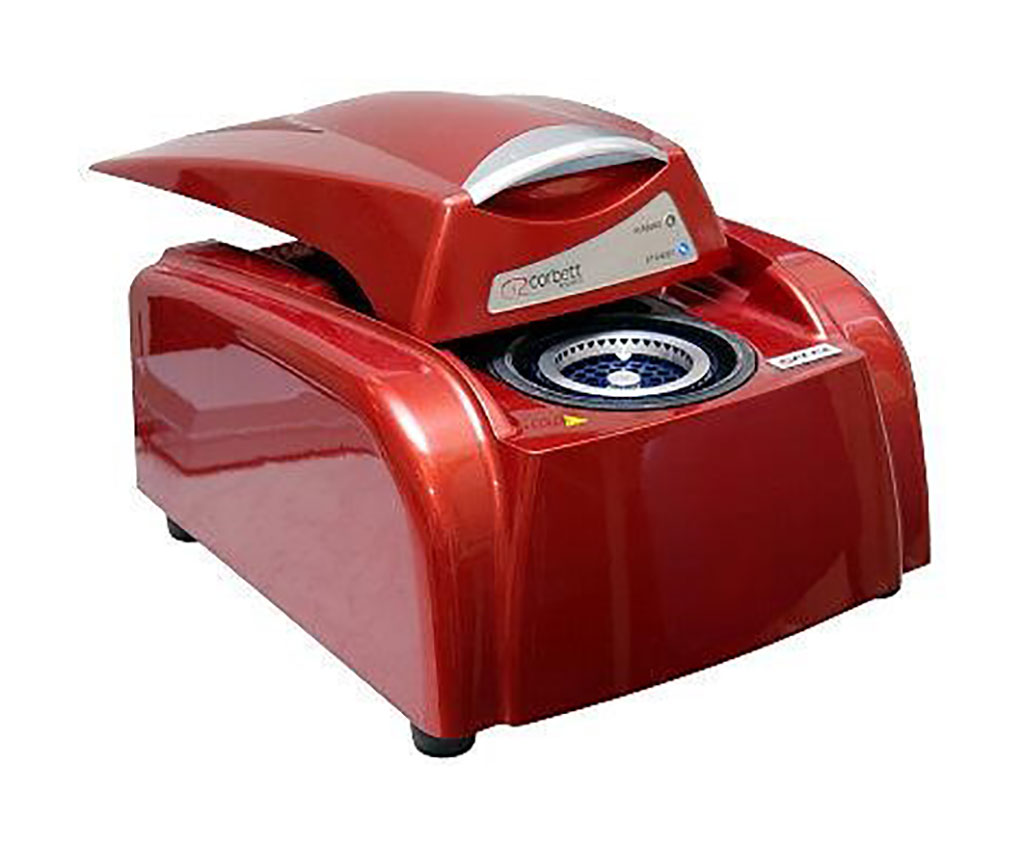 Image: Corbett Rotor-Gene 6000 Real Time PCR Machine (Photo courtesy of Corbett Life Science).
Salmonella is a common cause of foodborne disease worldwide, including Australia. More than 85% of outbreaks of human salmonellosis in Australia were caused by five Salmonella serovars. Rapid, accurate, and sensitive identification of Salmonella serovars is vital for diagnosis and public health surveillance.

The investigators reported that the sensitivity and specificity of the seven MCDA assays were evaluated using 79 target strains and 32 non-target strains. The assays were all highly sensitive and specific to target serovars, with the sensitivity ranging from 92.9% to 100% and the specificity from 93.3% to 100%. The limit of detection of the seven MCDA assays was 50 fg per reaction (10 copies) from pure DNA, and positive results were detected in as little as eight minutes. These seven MCDA assays offer a rapid, accurate, and sensitive serotyping method. With further validation in clinically relevant conditions, these assays could be used for culture-independent serotyping of common Salmonella serovars directly from clinical samples.

Ruiting Lan, PhD, a professor and the lead author of the study, said, “If we can really reduce the infections from the top phenotypes causing the majority of outbreaks, it will help all the way from the farm level to the clinical level to reduce Salmonella infections.” The study was published in the May, 2020 issue of The Journal of Molecular Diagnostics.