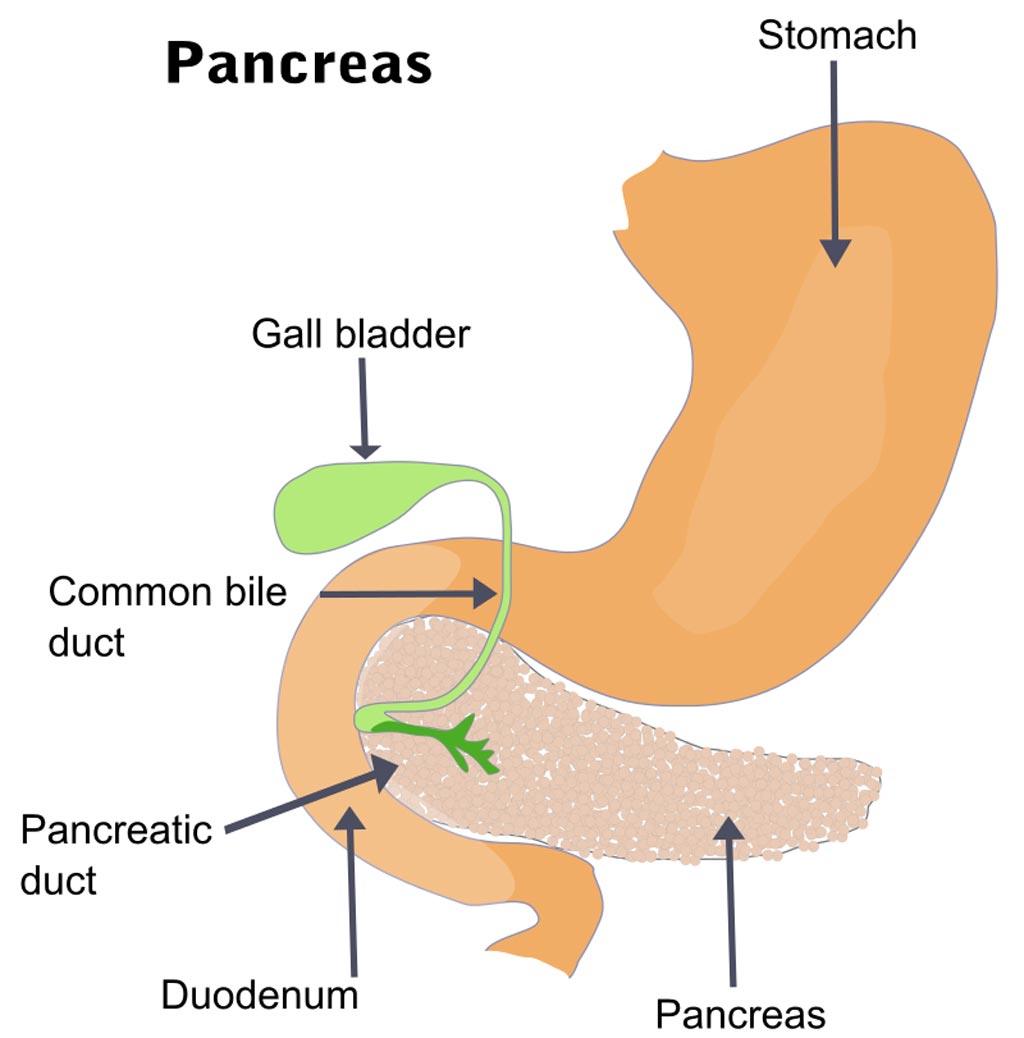 Pancreatitis is a disease that causes the pancreas to become inflamed, triggering severe abdominal pain. Chronic pancreatitis can impede organ function, leading to diabetes and pancreatic cancer. The disease is most often caused by alcohol abuse, but several forms are caused by genetic mutations and are inheritable.

Recent evaluation of a patient with a strong family history of pancreatitis prompted investigators at the University of Chicago Medical Center and the University of California, San Francisco (USA) to reexamine a large kindred originally reported over 50 years ago with an autosomal-dominant inheritance pattern of chronic pancreatitis, diabetes, and pancreatic adenocarcinoma.

In 1968. physicians at the University of California, San Francisco evaluated 71 members of a family, then living in Northern California. Of the 18 people they examined, six were officially diagnosed with pancreatitis and another five were suspected of having the disease. Lack of technology at this time prevented identification of the gene responsible for the disease.

Now, more than half a century later, whole-exome sequencing analysis identified a rare missense mutation in the gene encoding the pancreas-specific protease elastase 3B (CELA3B) that cosegregates with disease. Laboratory experiments established that this mutation caused translational upregulation of CELA3B, which, upon secretion and activation by trypsin, leads to uncontrolled proteolysis and recurrent pancreatitis.

Despite the successful identification of the CELA3B mutation, the molecular basis of hereditary pancreatitis remains unknown for at least 30% of affected families.

“There are a lot of patients who still have what looks like inherited pancreatitis that do not have a genetic diagnosis - maybe some of these have mutations in elastase 3B,” said senior author Dr. Scott Oakes, professor of pathology at the University of Chicago Medical Center. “So, it has immediate implications not only for this family but potentially other families that have pancreatitis. The presentation is so dramatic it is possible that elastase 3B might be a good place to intervene in regular, garden-variety pancreatitis. If you could tamp it down, maybe you could help control the disease in other patients. This reinforces the advantage of seeing patients and running a lab: You can let human genetics drive our understanding of this disease. There are a lot of families like this in the medical literature where we still do not know the genetics. I think it is an exciting time now to figure out how to do that.”

The pancreatitis paper was published in the August 1, 2019, online edition of the Journal of Clinical Investigation.