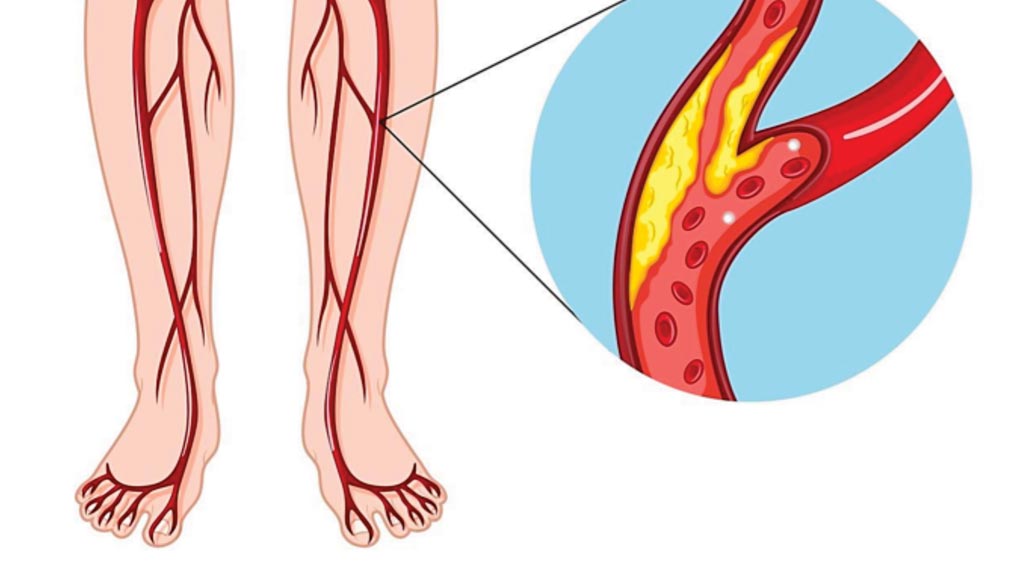 The classic symptom of PAD is leg pain when walking which resolves with rest, known as intermittent claudication. Other symptoms include skin ulcers, bluish skin, cold skin, or abnormal nail and hair growth in the affected leg. Complications may include an infection or tissue death which may require amputation; coronary artery disease, or stroke and up to 50% of people with PAD do not have symptoms.

A team of scientists working with the Corporal Michael J. Crescenz VA Medical Center (Philadelphia, PA, USA) in their two-phase genome-wide association study (GWAS), they first conducted separate discovery analyses in 24,009 white veterans with PAD, 5,373 black veterans with PAD, and 1,925 Hispanic veterans with PAD before combining them into a meta-analysis. All the cases had a median minimum ankle-brachial index, a measure of blood flow to the limbs, of less than 0.9, while the 211,753 controls had a median minimum ankle–brachial index (mABI) of about 1.

The team identified 18 novel loci associated with peripheral artery disease. A number of these loci have also been implicated in other vascular conditions, suggesting that certain existing treatment approaches might have broader applicability. Other variants, like one linked to clotting, were PAD-specific. They also conducted a phenome-wide association study to examine whether any of these 19 lead single-nucleotide polymorphisms (SNPs) were also linked to other disease phenotypes. Of the 1,101 disease phenotypes queried, they found ties to known risk factors for PAD, such as type 2 diabetes, hypercholesterolemia, and hypertriglyceridemia, as well as to smoking.

Four risk variants appear to be PAD specific. One of these is the factor V Leiden gene mutation, F5 p.R506Q, which is a leading cause of inherited thrombophilia, a clotting disorder. When they further tested the relationship between factor V Leiden and increasing PAD severity, as indicated by rest pain, tissue loss, or amputation, they found significant associations with PAD subtypes. Carriers of the mutation, for instance, had a 62% increased risk of a PAD-linked amputation.

The authors suggested that suggested treatments targeting the coagulation cascade could also work for PAD; something they noted is supported by the recent COMPASS trial, which found that adding low-dose rivaroxaban, an inhibitor of factor Xa, to aspirin treatment prevented major adverse limb events. Their results highlight mechanistic similarities and differences among coronary, cerebral, and peripheral atherosclerosis and provide therapeutic insights. The study was published on July 8, 2019, in the journal Nature Medicine.