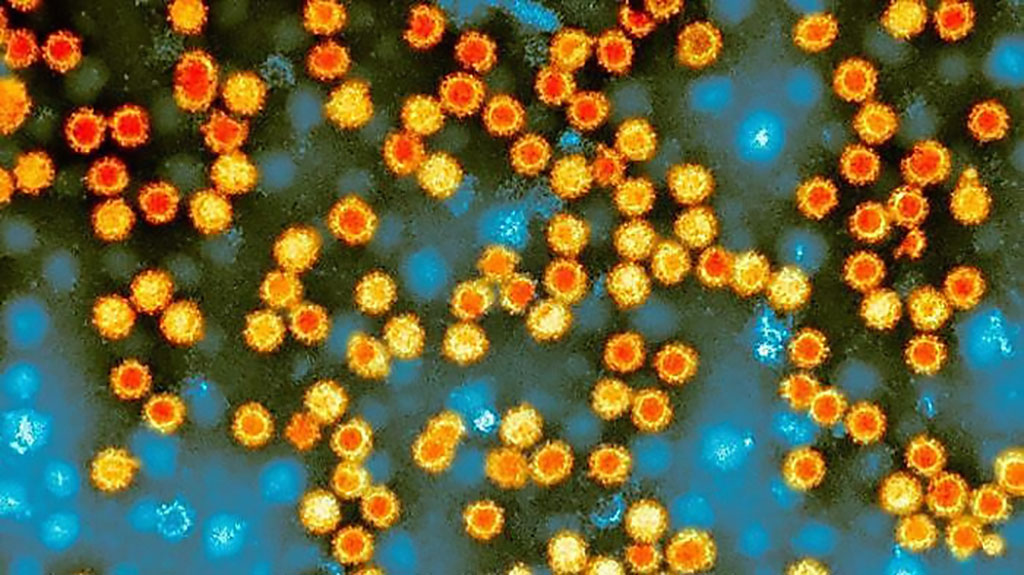 Image: Norovirus, which is highly contagious and can survive for days on hard surfaces, infects as many as 700 million people globally every year. PCR.ai is a highly accurate time-saving tool that reduces complexity of qPCR analysis for this and other pathogens (Photo courtesy of Centre for Infection/Public Health England/SP).
A team of scientists recently began using machine-learning tools and assessed them in a prospective clinical trial to determine whether artificial intelligence could perform better than specialists in clinical test interpretation.

The tool automates and standardizes quantitative polymerase chain reaction (PCR) test analysis, enabling real-time monitoring on a test-by-test basis. The company developed the machine-learning system in part to address shortages of trained laboratory staff, as well as to help laboratories improve internal efficiencies, both in terms of time and money saved.

Scientists from Glasgow Royal Infirmary (Glasgow, UK) undertook a prospective clinical study to evaluate the accuracy and impact when automating the manual data-analysis and quality control steps associated with routine clinical pathogen testing using real-time PCR (qPCR). They evaluated the use of the tool when used as a final interpretation and verification step for routine in-house qPCR tests for respiratory pathogens and for norovirus for a total of 22,200 interpretations. The tests were run over the course of a month. The tool is called PCR.ai and is produced by Diagnostics.ai (London, UK).

The team reported that there was 100% concurrence between validated respiratory virus and norovirus detection by their manual routine analysis method and PCR.Ai. Furthermore, there were significant routine savings with PCR.ai of 45 min/respiratory run and 32 min/norovirus run. They concluded that PCR.ai is a highly accurate time-saving tool that reduces complexity of qPCR analysis and hence the need for specialists and hands-on time. It demonstrated capabilities to enable the scientists to get results out more quickly with lower costs and less risk of errors.

Typically, the company works with a lab's existing data, which is fed to the learning machine during a training phase. Any inconsistencies are flagged and dealt with during an interactive phase. Once completed, PCR.ai is handed off to users to run in real-time on a standalone server that is not accessible to the firm. Revenues are derived via a service and support model, influenced by volumes and support needs. The firm's emphasis, however, is on reducing costs within laboratories.

Aron Cohen, BA, CEO of Diagnostics.ai, said, “The model, especially in the UK, tends to be savings driven. I think that's an important approach we have taken, that in addition to improving quality and accuracy, turnaround time, and getting better results faster, reducing costs is a vital piece of that puzzle. Some places have six- or seven-day weeks including night shifts. We need to be able to provide support for that. It's important to have the resources to be able to cope. I think taking in over 20,000 results, and proving we could do it faster, with no errors, and even picking up mistakes made in the manual process are really impressive results for any clinical or AI product.” The study was published in the November, 2019 issue of the Journal of Clinical Virology.