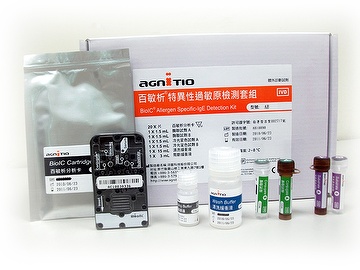 Cord blood immunoglobulin E (IgE) has been considered as a potential marker for years due to its predictability for allergic diseases, but the results are controversial. Several studies have reported that elevated cord blood IgE may predict allergic diseases and/or allergic sensitization in childhood, whereas other studies failed to find it as a good predictor.