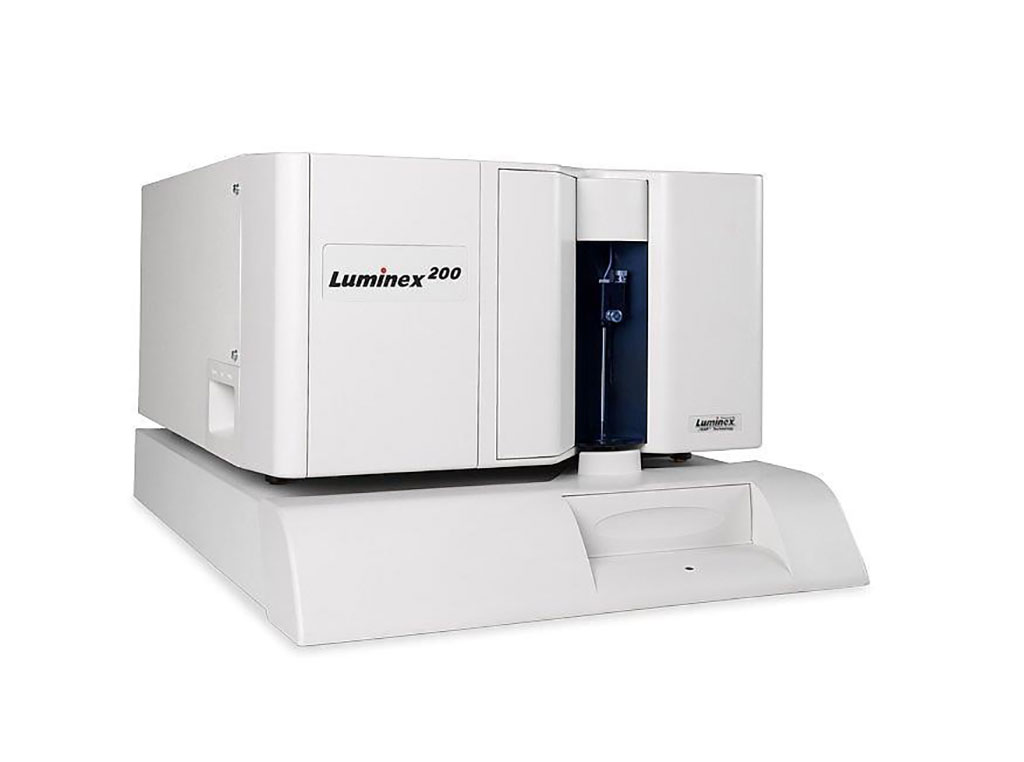 Image: The Luminex 200 Instrument System sets the standard for multiplexing, providing the ability to perform up to 100 different tests in a single reaction volume on a flow cytometry-based platform (Photo courtesy of Luminex Corp)
Preeclampsia is both a vascular and inflammatory disorder. The pathophysiology of preeclampsia is complex and rooted in the interplay between maternal and placental factors with the key characteristics of maternal inflammation and vascular etiologies.

The investigators reported that worse neurological outcomes were not associated with elevated maternal / fetal cytokines. Early preterm birth (gestational age ≤ 32 weeks) was associated with worse neurological outcomes at 6-months regardless of maternal/ fetal cytokine levels, placental pathology, or cranial ultrasound findings (OR 1.70). When correcting for gestational age, elevated IL-6 approached significance as a predictor for worse developmental outcome (OR 1.025 ). Pathological evidence of maternal malperfusion and worse outcomes were noted in early preterm, although the sample size was small. When chronic villitis was present (N = 5), higher maternal levels of IL-6 (N = 3; 60%) were usually present rather than in fetal cord blood. Although only three cases of histologic fetal inflammatory response were seen, both IL-6 and IL-8 were elevated in the fetal cord blood (N = 2; 67%), but not elevated in maternal samples.

The authors concluded that their study supports the distinction that 32-weeks gestational age (‘moderate preterm) is a turning point for improved neurological outcomes. They found that cranial ultrasounds were unhelpful in predicting risk in this pre-eclamptic population. The data suggest that maternal placental malperfusion at earlier gestational age may be an underlying factor associated with poor neurological outcomes, although more robust studies are warranted. Neither elevated cytokines nor “male disadvantage” was associated with adverse neurological outcomes. The study was published on November 15, 2021 in the journal PloS One.