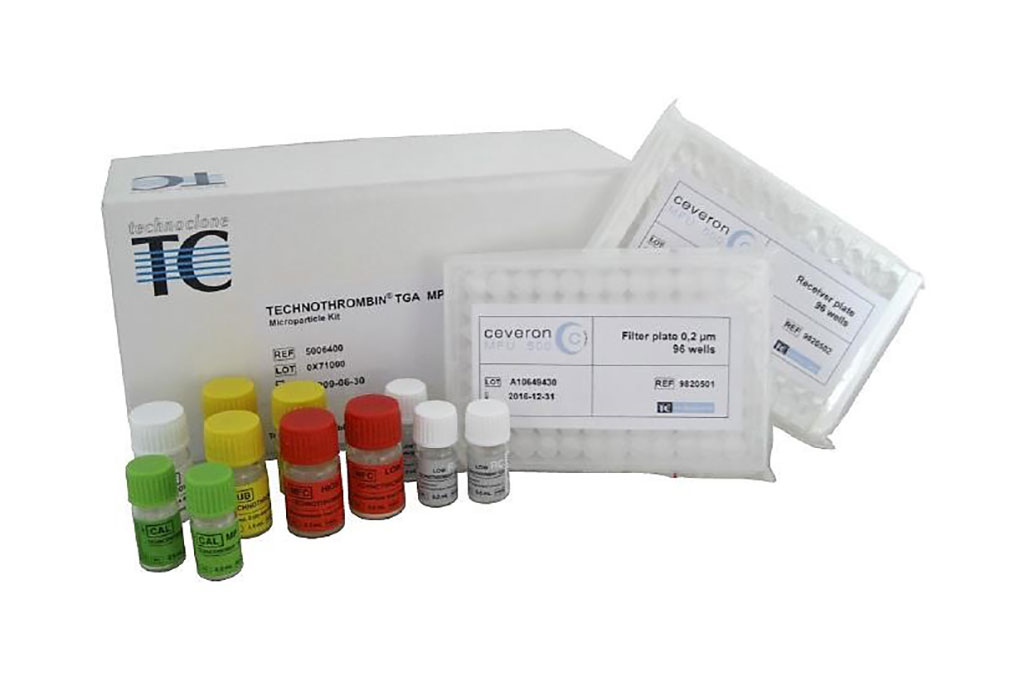 Image: The Technothrombin TGA is a thrombin generation assay (TGA) based on monitoring the formation of thrombin by means of a fluorogenic substrate upon activation of the coagulation cascade by tissue factor (Photo courtesy of Technoclone).
Mild to moderate bleeding disorders (MBDs) are characterized by symptoms such as epistaxis, easy bruising, or menorrhagia, but bleeding can also be severe under certain circumstances such as hemorrhage after surgery or birth.

Hematologists at the Medical University Vienna (Vienna, Austria) investigated free TFPIα in a well-characterized cohort of 620 patients with mild to moderate bleeding tendencies and its association to genetic alterations in the F5 gene. One hundred age- and sex-matched healthy controls without a clinical bleeding tendency were recruited by trained health care personnel for comparison.

The scientists reported that TFPIα levels were higher in patients with bleeding compared with healthy controls (median 8.2 versus 7.8). A higher proportion of patients had free TFPIα levels more than or equal to the 95th percentile compared with healthy controls (odds ratio [OR], 2.82). This was pronounced in the subgroup of patients in whom no bleeding disorder could be identified (bleeding of unknown cause [BUC; n = 420]; OR 3.03) and in platelet function defects (PFDs) (n = 121; OR 3.47). An increase in free TFPIα was associated with a mild delay in thrombin generation (prolonged lag time and time to peak), but not with alterations in routinely used global clotting tests.

The authors concluded that free TFPIα is increased in patients with mild to moderate bleeding tendency and was associated with delayed thrombin generation. This could be an underlying cause or a contributor for bleeding, especially in patients with BUC and PFDs. they could neither identify new or known genetic variations in the F5 gene that are associated with neither free TFPIα levels, nor an influence of the single-nucleotide variant rs10800453 on free TFPIα levels in their patient cohort. An imbalance of natural coagulation inhibitors such as TFPIα could be an underlying cause or contributor for unexplained bleeding, which is most probably multifactorial in a majority of patients. The study was published on January 19, 2021 in the journal Blood Advances.