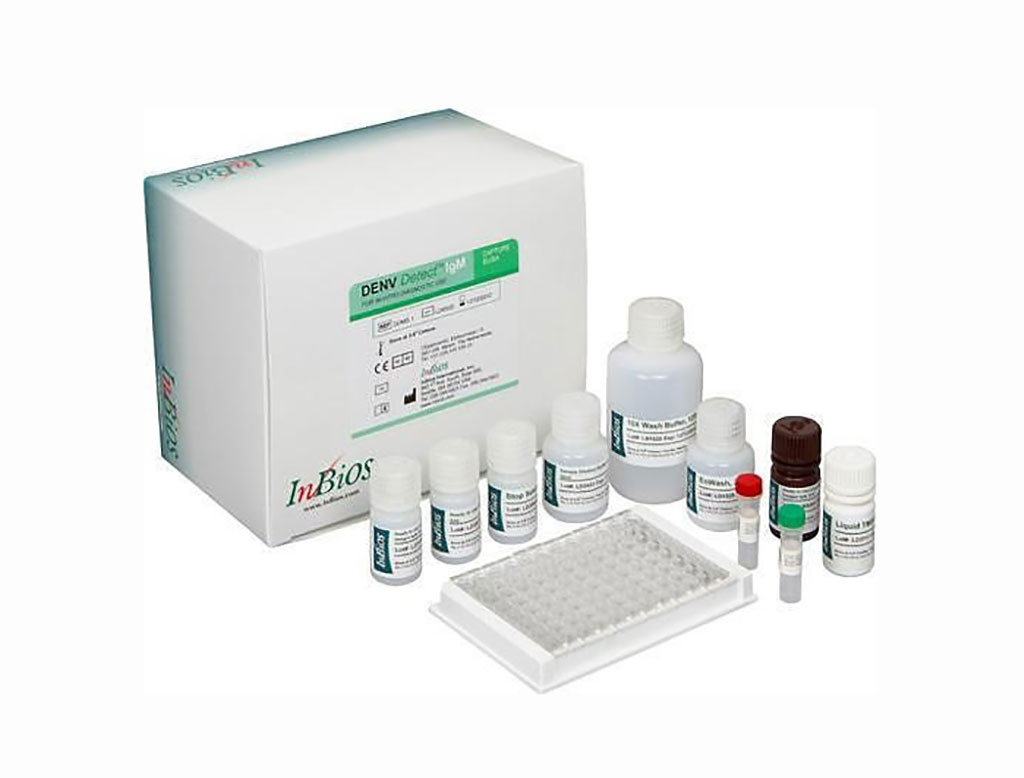 Image: The DENV Detect IgM Capture ELISA is for the qualitative detection of IgM antibodies to DENV recombinant antigens in serum for the presumptive clinical laboratory diagnosis of Dengue virus infection (Photo courtesy of InBios International).
Dengue viruses (DENV) are transmitted to humans by infected mosquitoes and the disease, known as dengue, occurs throughout the tropics and subtropics. Dengue diagnostic tests rely on a blood sample taken within two weeks of illness onset.

Dengue initially presents as an acute febrile illness (AFI) that can be difficult to diagnose clinically and differentiate from other AFIs such as malaria, leptospirosis, influenza, and chikungunya; however, even if dengue is suspected and diagnosed early, a patient’s clinical course and outcome is unpredictable.

Scientists at the University of Puerto Rico (San Juan, Puerto Rico) and their colleagues used specimens collected from 1,538 study participants enrolled between May 2012-March 2013, of an AFI study conducted in Ponce, Puerto Rico. Study participants with fever for ≤7 days were enrolled, a medical history was obtained, and serum and urine specimens were collected.

The authors concluded that the use of urine as a surrogate specimen for dengue diagnosis was not sensitive in comparison to serum; however, the presence of anti-DENV IgM urine was highly specific. They were able to identify the presence of anti-DENV IgM in urine specimens from laboratory-positive dengue cases using a simple diagnostic assay. This assay may prove to be useful as a diagnostic tool as well as a prognostic tool to differentiate dengue from dengue with warning signs early in the course of illness (DPO<5). The study was published on January 29, 2020 in the journal PLOS Neglected Tropical Diseases.