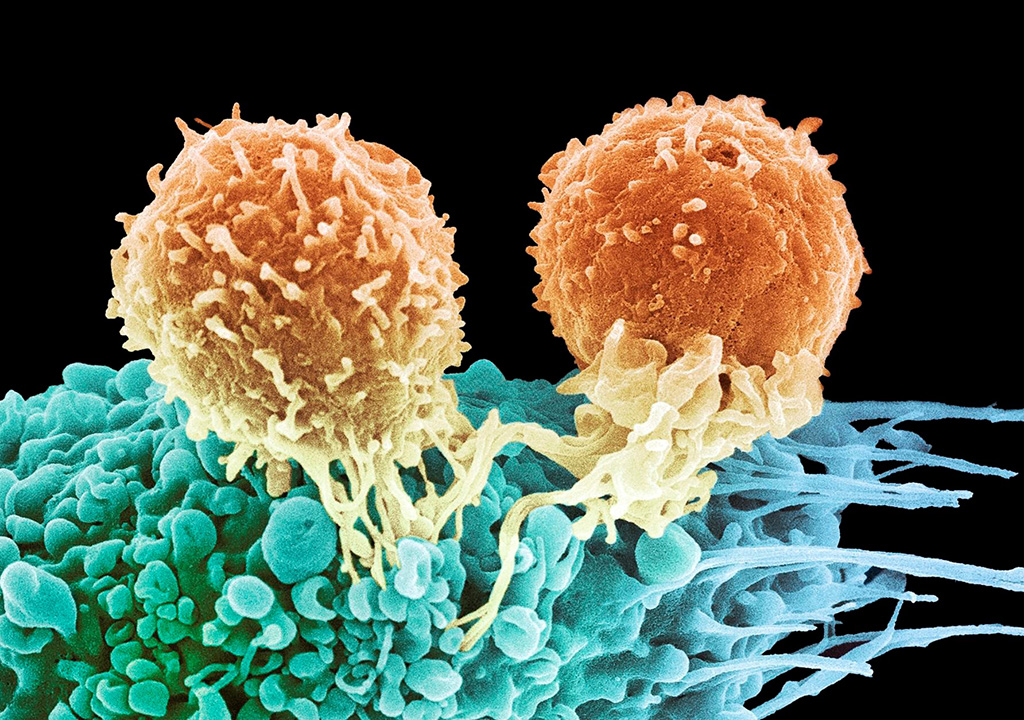 Scientists from the Walter and Eliza Hall Institute (Parkville, Australia) and the National Institutes of Health (Bethesda, MD, USA) have described patients from three families with a history of episodic high fevers and painful swollen lymph nodes. The patients, who were diagnosed with a new autoinflammatory disease (CRIA syndrome), had a host of other inflammatory symptoms which began in childhood and continued into their adult years.

The teams sequenced the entire exome of each patient and discovered unique mutations in the exact same amino acid of receptor-interacting serine/threonine-protein kinase 1 (RIPK1) in each of the three families. RIPL1is a serine-threonine kinase which transduces inflammatory and cell-death signals (programmed necrosis) following death receptors ligation, activation of pathogen recognition receptors (PRRs), and DNA damage.

To define the mechanism for this disease, the scientists generated a cleavage-resistant Ripk1D325A mutant mouse strain. Whereas Ripk1−/− mice died post-natally from systemic inflammation, Ripk1D325A/D325A mice died during embryogenesis. Embryonic lethality was completely prevented by the combined loss of Casp8 and Ripk3, but not by loss of Ripk3 or Mlkl alone. Loss of RIPK1 kinase activity also prevented Ripk1D325A/D325A embryonic lethality, although the mice died before weaning from multi-organ inflammation in a RIPK3-dependent manner.

Najoua Lalaoui, PhD, the first author of the study, said, “Cell death pathways have developed a series of inbuilt mechanisms that regulate inflammatory signals and cell death, because the alternative is so potentially hazardous. However in this disease, the mutation in RIPK1 is overcoming all the normal checks and balances that exist, resulting in uncontrolled cell death and inflammation.”

The authors concluded that their results demonstrated the importance of caspase-mediated RIPK1 cleavage during embryonic development and show that caspase cleavage of RIPK1 not only inhibits necroptosis but also maintains inflammatory homeostasis throughout life. The study was published on December 11, 2019 in the journal Nature.