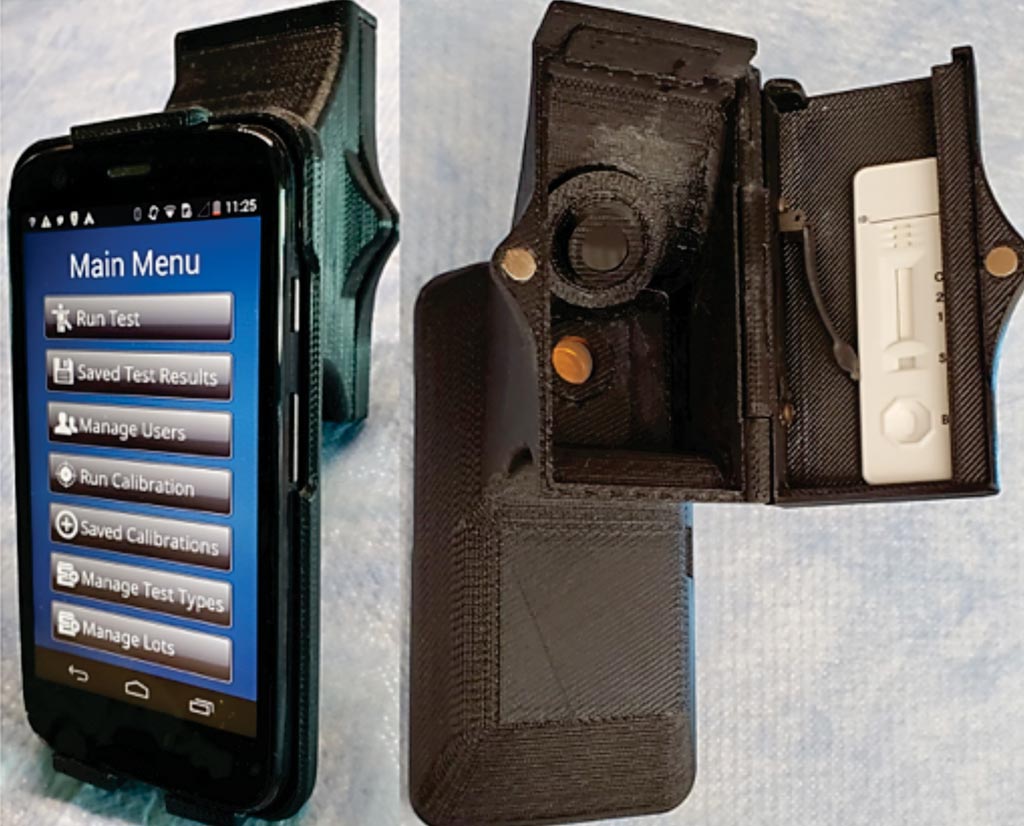 Image: The Holomics Reader HRDR-300 mobile device was used to measure fluorescent intensity of the quantum dots complex after lateral migration of patient serum (Photo courtesy of Medical College of Georgia).
Point-of-care (POC) assays, which can be performed at or near the site of care with a rapid turnaround time, are pivotal to transforming global disease control efforts, particularly in resource-constrained settings where access to laboratory facilities is limited.

Cysticercosis is an infection caused by the larval form of the pork tapeworm Taenia solium. When larval cysts form in the human brain known as neurocysticercosis (NCC), they can result in seizures and other neurologic disorders. NCC affects those living in endemic and non-endemic countries, with an estimated more than 18,000 hospitalizations in the USA between 2003 and 2012.

Medical scientists at the Medical College of Georgia (Athens, GA, USA) and their international colleagues examined 112 positive human sera from patients with neurocysticercosis (NCC) including samples from 18 patients with single viable cyst, 71 patients with two or more viable cysts, and 23 patients with subarachnoid (racemose) cysts. Definitive diagnosis of the subject was established by computed-tomography and/or magnetic resonance imaging.

To test the specificity of the assay, the team evaluated a panel of serum samples obtained from 24 patients with other infections and 128 serum samples from persons in the USA and Egypt who had not traveled outside their country, and therefore were presumed negative for cysticercosis. The scientists developed a novel and portable fluorescent sensor that integrates a lateral flow assay with a quantum dot (Qdots) label and a mobile phone reader for detection of specific antibodies in human serum. They evaluated the utility of this assay to test for antibodies to the Taenia solium rT24H antigen.

The team read the lateral flow assay after 30 minutes, using the Holomics Reader HRDR-30. The investigators reported that the assay specificity in the negative panel was 99% (95%–100%) while assay sensitivity was 89% (79%–95%) in NCC patients with two or more viable cysts. The assay has performance characteristics similar to those of traditional platforms for the detection of NCC and shows promise as a mobile phone reader-based point-of-care test for antibody detection. The study was published on October 7, 2019, in the journal PLOS Neglected Tropical Diseases.