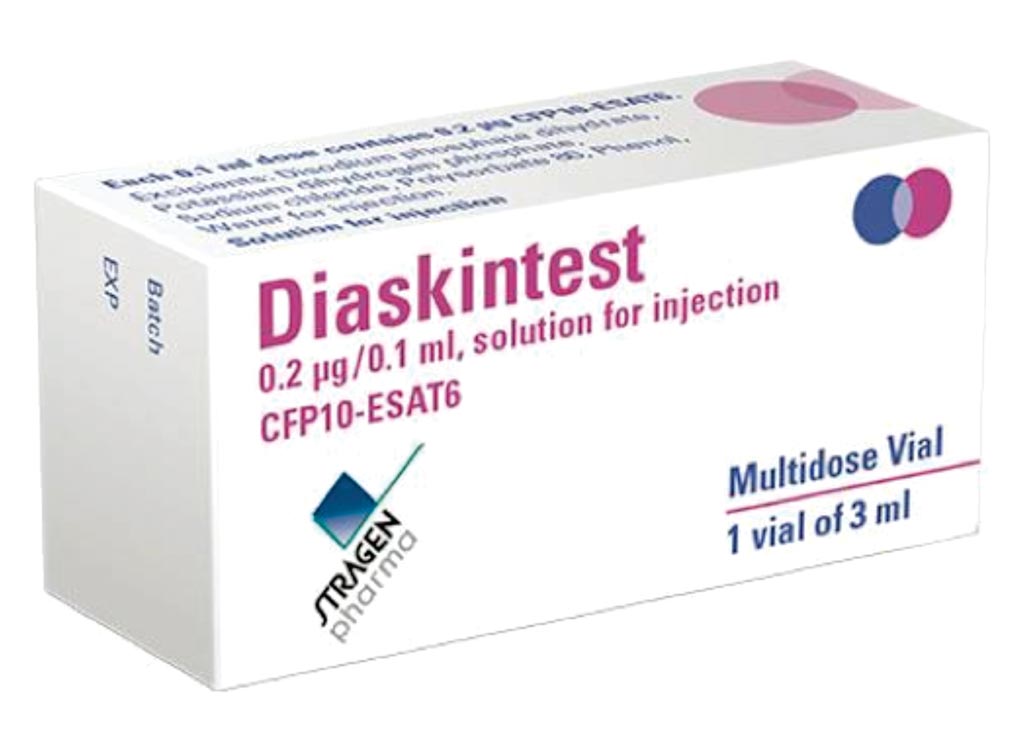 Image: Diaskintest is an innovative skin test for the mass screening of tuberculosis (Photo courtesy of Stragen Pharma).
Tuberculosis (TB) is one of the top 10 causes of death worldwide and the primary cause of death due to any single infectious agent. In 2017, approximately 10 million people developed TB, and 1.3 million died from the disease.

The team compared the performances of Diaskintest and QuantiFERON-TB Gold in adults and children with suspected TB in Moscow, Russia. Diaskintest, a recombinant allergen skin test, was injected intradermally at a dose of 0.2 μg/0.1 mL by an experienced nurse. The induration was measured 48–72 hours later by an experienced clinician unaware of the results of the QFT. The presence of infiltration of any size was considered as positive.

The authors concluded that the Diaskintest and QFT demonstrated good concordance. Provided that there are no contraindications to the use of the tests in vivo, the Diaskintest can be recommended as a low cost TB infection screening test in countries with a low/medium per capita income. The Diaskintest and QFT showed quite high specificity and an optimal sensitivity, which depended on the TB process activity. The combined use of the two immunological tests will allow the sensitivity of TB immunodiagnosis to be increased. The study was published in the September 2019 issue on the International Journal of Infectious Diseases.