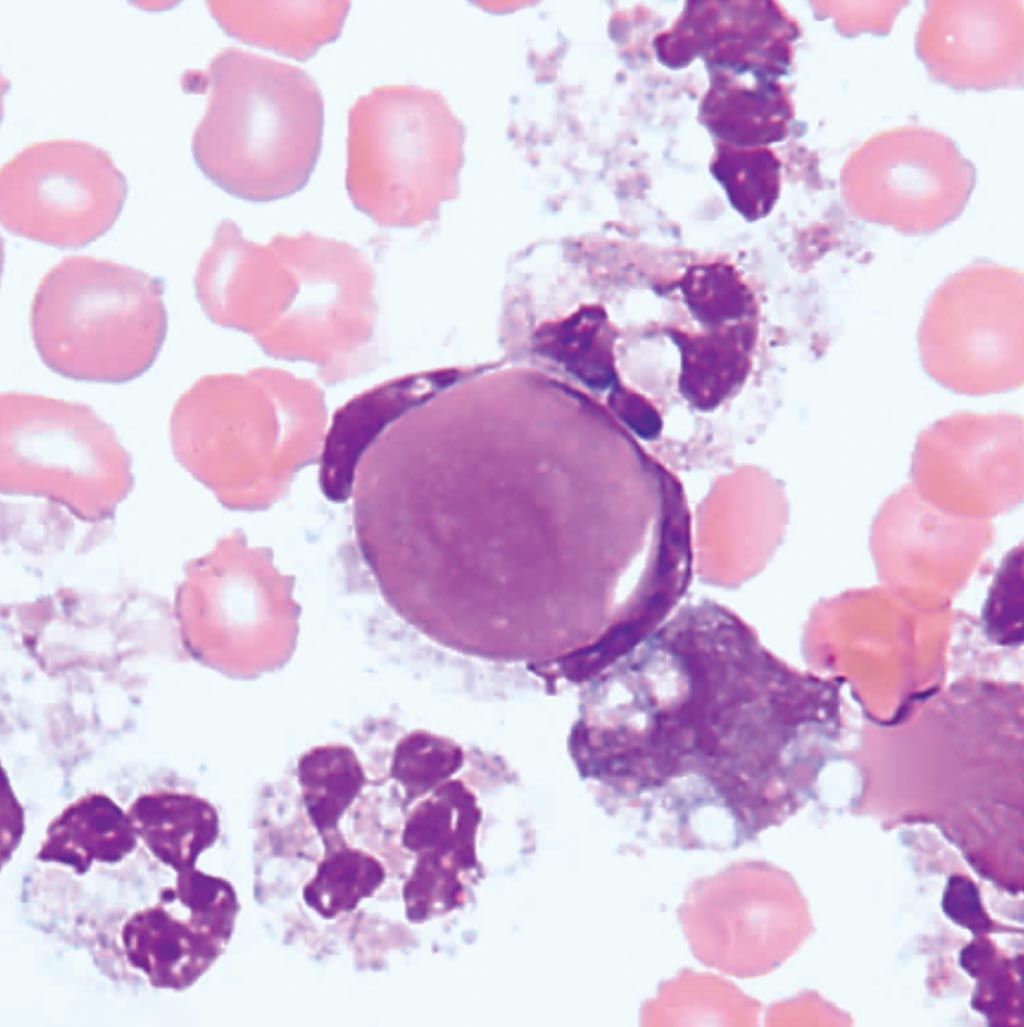 Image: Lupus Erythematosus (LE) Cells are neutrophils that have engulfed lymphocyte nuclei coated with and denatured by antibody to nucleoprotein (Photo courtesy of Dr. Moustafa Abdou).
Systemic lupus erythematosus is an autoimmune disease typically affecting women between the ages of 15 and 50, and symptoms flare up unpredictably. Approximately 20% of cases begin during childhood and in these patients the disease is suggested to be more severe.

Juvenile-onset systemic lupus erythematosus (JSLE) is an autoimmune disorder characterized by immune dysregulation, chronic inflammation and increased cardiovascular risk (CVR). Cardiovascular disease is the leading cause of mortality in JSLE not attributable to lupus flare. Symptoms of this diseases can affect many different body systems, including joints, skin, kidneys, blood cells, heart, and lungs.

Patients in Group-1 had a significant increase in plasmablasts and activated T-cells compared to HCs and had clinical features associated with increased disease activity. This metabolomic patient stratification was validated in a separate JSLE cohort. Importantly ApoB:A1 ratio was identified as a highly predictive biomarker distinguishing between JSLE patients in Group-1 and 2, indicating high and low CVR respectively. Finally, longitudinal analysis revealed that the ApoB:A1 ratio biomarker remained stable over time.

George A. Robinson, PhD, a senior research associate and co-author of the study, said, “Our study identifies ApoB:A1 ratio and metabolomic lipoprotein signatures as potential new biomarkers to predict cardiovascular risk in patients with juvenile-onset SLE. Patient stratification using these biomarkers could provide an opportunity for tailored disease treatments using lipid modification therapy and lifestyle interventions.” The study was presented at the Annual European Congress of Rheumatology held June 12-15, 2019, in Madrid, Spain.