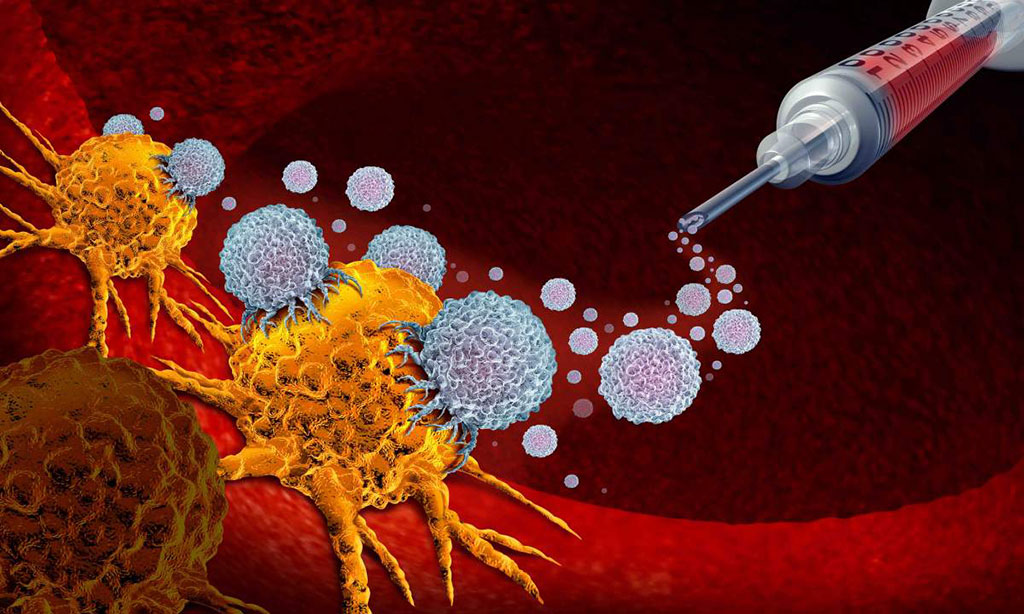 Image: New research suggests the success of immunotherapy can be predicted before treatment is administered (Photo courtesy of Weizmann Institute of Science)
Increased expression of two protein members of the “immunoproteosome” can serve as important biomarkers for stratifying melanoma patients for immune-checkpoint treatment.

Proteasomes are protein complexes which degrade unneeded or damaged proteins by proteolysis, a chemical reaction that breaks peptide bonds. Proteasomes are part of a major mechanism by which cells regulate the concentration of particular proteins and degrade misfolded proteins. Investigators at the Weizmann Institute of Science (Rehovot, Israel) hypothesized that the overexpression of immunoproteasome subunits may influence the production of human leucocyte antigens (HLA) peptides, and that the new assortment of peptides may prompt a higher immune response.

In addition to analyzing data from the Cancer Genome Atlas, the investigators worked with tumor cell lines cultured from melanoma patients in which various proteosome components were overexpressed and identified the resulting HLA peptides. Results revealed that the overexpression of PSMB8 (proteasome subunit beta type-8) and PSMB9 (proteasome subunit beta type-9), two major components of the immunoproteasome, was predictive of better survival and improved response to immune-checkpoint inhibitors in melanoma patients.

The study was published in the February 14, 2020, online edition of the journal Nature Communications.