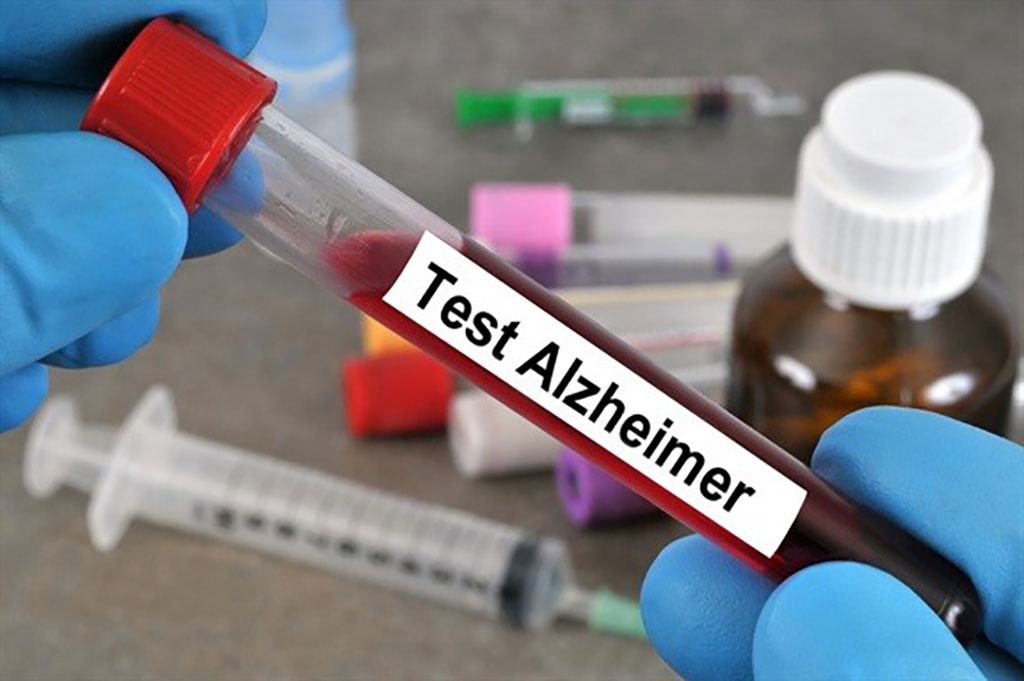 Increasing evidence suggests that blood P-tau may be a useful diagnostic and prognostic biomarker of AD. Increased levels of plasma tau phosphorylated at threonine 181 (P-tau181) were initially reported in patients with AD dementia compared with cognitively unimpaired individuals.

A team of scientists associated with Lund University (Sölvegatan, Sweden) evaluated 314 cognitively unimpaired older adults and 176 patients with mild cognitive impairment in the Swedish BioFINDER2 study. Just over half (51.2%) of the cohort were women, and mean age was 66. Participants enrolled from January 2017 to October 2019 at two Swedish hospitals and had plasma p-tau217 measurements, cerebrospinal fluid (CSF) studies, and amyloid and tau PET imaging.

The concentrations of plasma P-tau217 and CSF P-tau217 were measured using Meso Scale Discovery (Meso Scale Diagnostics, Rockville, MD, USA) based immunoassays at Lilly Research Laboratories (Indianapolis, IN, USA) by technicians who were blinded to the clinical and imaging data. For plasma analysis various antibodies were used. Plasma P-tau217 data were binarized (abnormal versus normal) using a predefined cutoff of 2.5 pg/mL.

The team reported that in cognitively unimpaired participants, plasma p-tau217 levels were increased in people who had abnormal amyloid-PET, but normal tau-PET, in the entorhinal cortex, compared with people who were normal for both tests: 2.2 pg/mL versus 0.7 pg/mL, respectively. Nearly all (36 of 38) participants who had discordant plasma and PET tau measures showed positive plasma p-tau217 and negative entorhinal cortex tau-PET. Event-based modeling of cross-sectional data predicted that both plasma and CSF p-tau217 increased before tau-PET in the entorhinal cortex, followed by more widespread cortical tau-PET changes.

The authors concluded that plasma levels of P-tau217 were increased in early preclinical AD, and the change preceded tau-PET positivity. High levels of plasma P-tau217 in people with normal tau-PET were associated with a higher future increase in tau-PET signal in the entorhinal ROI. These findings suggest that plasma P-tau217 is a promising biomarker of early AD that might be particularly useful for patient selection and as an outcome measure to monitor drug responses in clinical trials including individuals with preclinical AD. The study was published on November 9, 2020 in the journal JAMA Neurology.