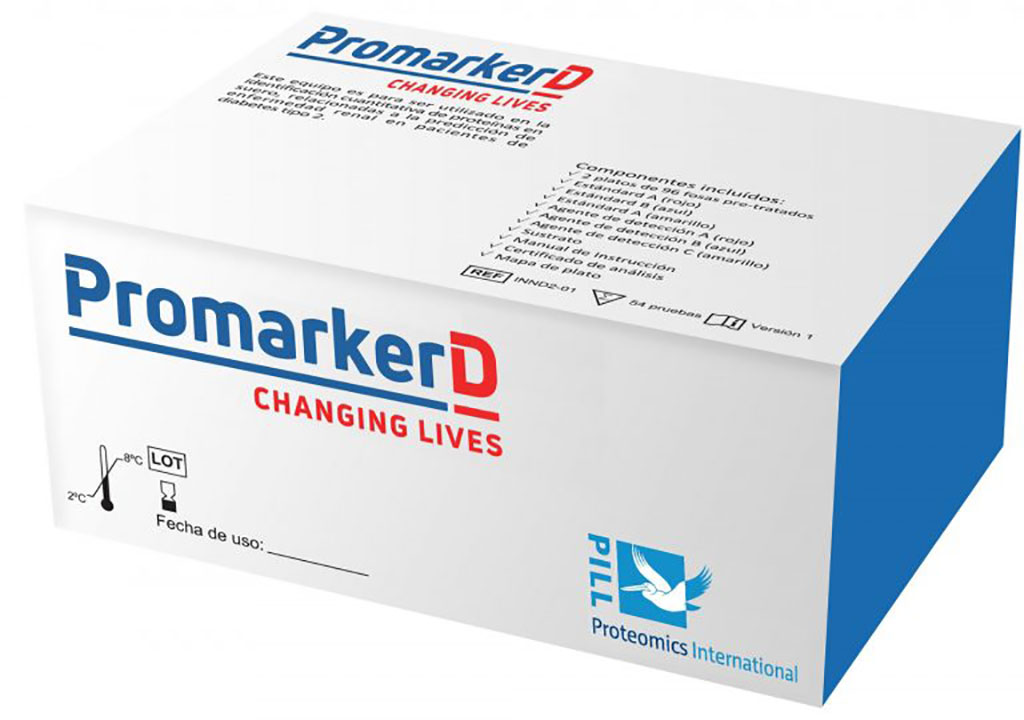 Diabetic kidney disease (DKD) is a serious complication arising from diabetes which if unchecked can lead to dialysis or kidney transplant. Now, a blood test that assess the risk of DKD in patients with type 2 diabetes has also demonstrated the potential to predict late-stage, as well as early-stage, renal decline.

The PromarkerD from Proteomics International (Perth, Australia) is a prognostic test that can predict future kidney function decline in patients with type 2 diabetes and no existing DKD. The patented PromarkerD test system uses a simple blood test to detect a unique ‘fingerprint’ of the early onset of the disease by measuring three serum protein biomarkers, combined with three routinely available conventional clinical variables (age, HDL-cholesterol and estimated glomerular filtration rate (eGFR)). A cloud based algorithm integrates the results into a patient risk report. In validated clinical studies, PromarkerD correctly predicted up to 86% of otherwise healthy diabetics who went on to develop diabetic kidney disease within four years.

In a new study, the CE Marked PromarkerD, which can predict the onset of DKD up to four years in advance, has been shown to predict a further decline in renal function among people who already have kidney disease. The study showed that PromarkerD has the potential to warn of late-stage outcomes, such as progression to macroalbuminuria, in patients both with and without existing kidney damage. Macroalbuminuria is widely considered a measure of severe kidney disease. Once a patient is defined as having macroalbuminuria, the patient, in the absence of renal protective treatments, can quickly progress to dialysis and end stage renal failure.

The study was based on a post-hoc analysis of 3,525 people with type 2 diabetes, followed for three years in the completed CANagliflozin cardioVascular Assessment Study (CANVAS trial. The key findings were that moderate and high-risk PromarkerD scores were increasingly prognostic for adverse renal and cardio outcomes (versus low-risk scores), and PromarkerD remained a significant independent predictor of late-stage outcomes even after adjusting for other clinical risk factors, including existing kidney function, age, diabetes duration, and blood pressure.

“This exploratory data is promising and indicates the use of PromarkerD may be expanded to include people with existing kidney disease,” said Dr. Richard Lipscombe, managing director of Proteomics International. “However, the current PromarkerD algorithm has been optimized for the prediction of early onset of DKD and the test algorithm would need further optimization for this new use. The results also suggested further studies were warranted to explore whether PromarkerD could predict additional cardiovascular outcomes, such as heart failure and stroke.”