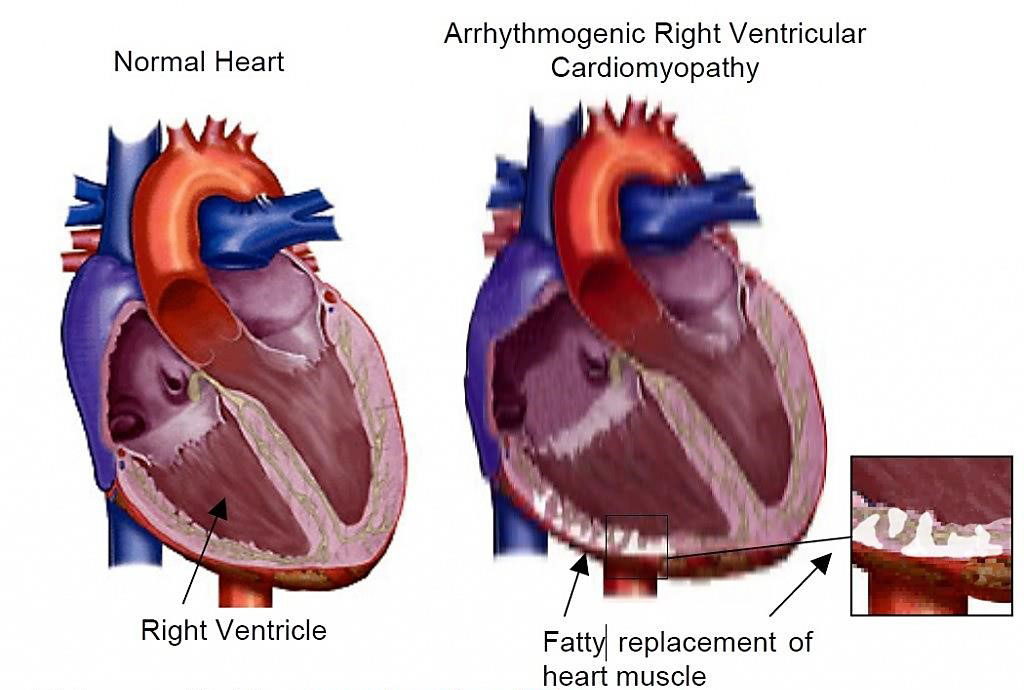 Image: Arrhythmogenic Right Ventricular Cardiomyopathy (ARVC) is caused by a build-up of fatty deposits and fibrous tissue on the right ventricle, the chamber of the heart that pumps blood into the lungs (Photo courtesy of National Heart Foundation of Australia)
Secretoneurin is a 33-amino acid peptide derived from neuroendocrine and myocardial tissue that belongs to the granin protein family. Secretoneurin may play a role in regulating processes in the myocardium, including cardiomyocyte Ca2+ handling, and has been implicated in arrhythmogenesis.

An international team of medical scientists led by those at the Haukeland University Hospital (Bergen, Norway) included 30 healthy volunteers in a study that examined the within subject variation (CVI), between subject variation (CVG), reference change values (RCV) and index of individuality (II) of secretoneurin. Inclusion criteria were subjects 18-75 years old who reported being generally healthy, with no history of diabetes, cardiovascular disease, renal disease, chronic lung disease or cancer. The median age of the participants was 36 years and 53% were female. Secretoneurin was measured in duplicate using an ELISA (CardiNor AS, Oslo, Norway).

The authors concluded that this study is the first to report biological variation, RCV, II and analytical quality specifications for secretoneurin. Overall low values were found indicating that secretoneurin has characteristics suitable for a biomarker that could be useful for diagnosing and monitoring disease. The study was published on October 6, 2021 in the journal Clinical Biochemistry.