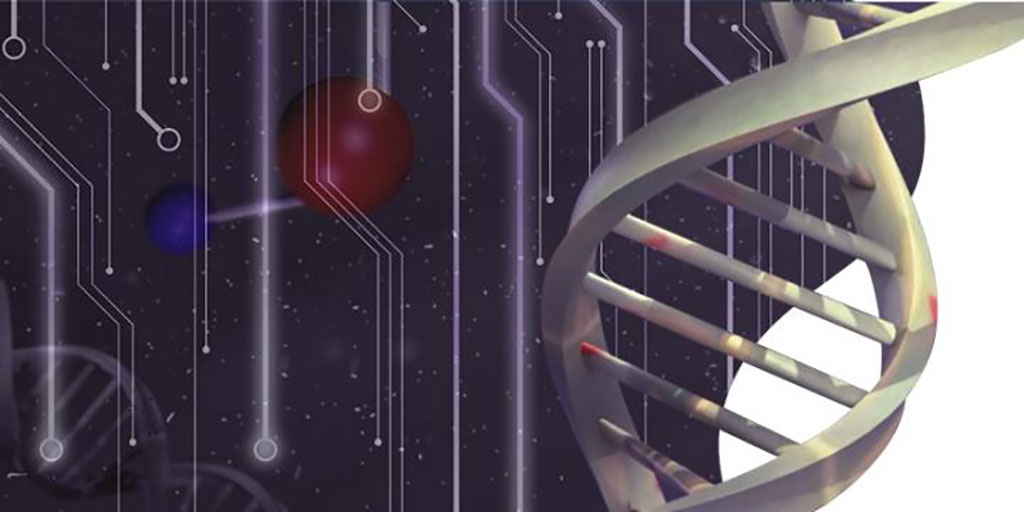 The ability to detect low concentrations of biomarkers in patient samples is one of the cornerstones of modern healthcare. In general, biosensing approaches are based on measuring signals resulting from the interaction of a large ensemble of molecules with the sensor. To increase the sensitivity of this approach, investigators at the University of Leeds (United Kingdom) developed a biosensor platform using DNA origami, which featured a central cavity with a target-specific DNA aptamer coupled with a nanopore read-out to enable individual biomarker detection.

DNA origami is the nanoscale folding of DNA to create non-arbitrary two- and three-dimensional nanoscale shapes. The current method of DNA origami involves the folding of a long single strand of viral DNA aided by multiple smaller "staple" strands. These shorter strands bind the longer in various places, resulting in the formation of a pre-defined two- or three-dimensional shape.

The University of Leeds investigators demonstrated that DNA aptamer-functionalized DNA origami could capture an analyte of interest, and that the occupied and unoccupied DNA origami’s translocation fingerprints were readily distinguishable. In this study, they revealed a biosensing platform with a three nanomolar limit of detection, which was capable of detecting human C-reactive protein (CRP) in clinically relevant fluids.

The investigators reported that in addition to the characteristically different peak shape, also the peak amplitude, and dwell time could be used to distinguish occupied from unoccupied carriers. The read-out was entirely electrical so it could be miniaturized, enabling point-of-care detection. Taken together, this enabled quantitative biosensing via counting of individual occupied DNA origami carriers, which was demonstrated in physiological solutions and diluted human plasma.

First author, Dr. Mukhil Raveendran, a researcher at the University of Leeds, said, "One of the main advantages is the minimal sample needed. We are able to isolate individual molecules from small samples to identify specific illnesses. The process is very quick, and takes just minutes to provide results. The captured biomarkers are then read with nanopores and we can do this one molecule at a time. By coupling DNA origami and nanopores we are able to quantitatively detect disease biomarkers with single molecule sensitivity."

The DNA origami-nanopore biosensing platform was described in the September 1, 2020, online edition of the journal Nature Communications.