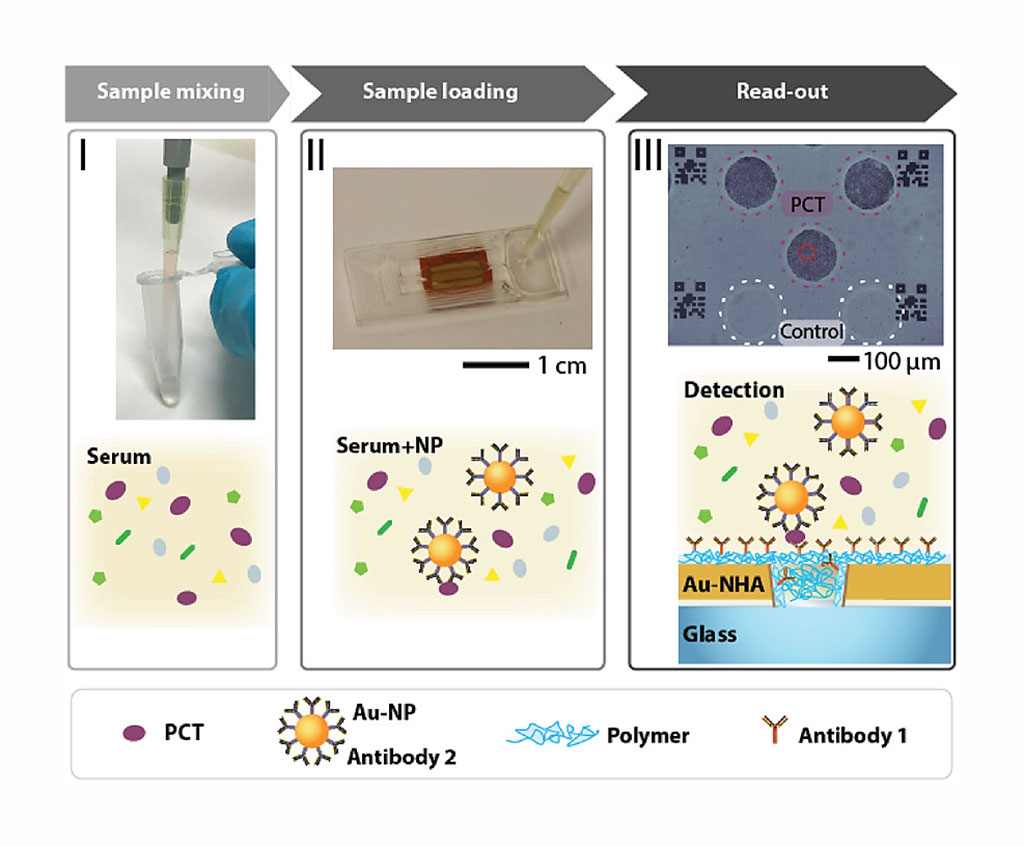 A novel portable biosensor based on nanoparticle‐enhanced digital plasmonic imaging has been developed for rapid and sensitive detection of two sepsis‐related inflammatory biomarkers, procalcitonin (PCT) and C‐reactive protein (CRP) directly from blood serum.

Bioengineers from the Ecole Polytechnique Fédérale de Lausanne (Lausanne, Switzerland) and their colleagues drew on recent developments in nanotechnology and on light effects at a nanoscale to create a highly portable, easy-to-use device that can rapidly detect sepsis biomarkers in a patient's bloodstream, and their device takes just a few minutes to deliver a result, like a pregnancy test.

The device employs an optical metasurface, in this case a thin gold sheet containing arrays of billions of nanoholes. The metasurface concentrates light around the nanoholes so as to allow for exceptionally precise biomarker detection. With this type of metasurface, the team can detect sepsis biomarkers in a blood sample with nothing more than a simple LED and a standard CMOS camera. The team began by adding a solution of special nanoparticles to the sample that are designed to capture the biomarkers and then distribute this mixture on the metasurface.

The generated images are used to rapidly determine whether disease biomarkers are present in a sample and, if so, in what concentration. They used the new device to measure the blood serum levels of two important sepsis relevant biomarkers, PCT and CRP. Doctors can use this information to accelerate the triage of sepsis patients, ultimately saving lives. The device was installed at the Vall d'Hebron University Hospital (Barcelona, Spain) and used in blind tests to examine patient samples from the hospital's sepsis bank.