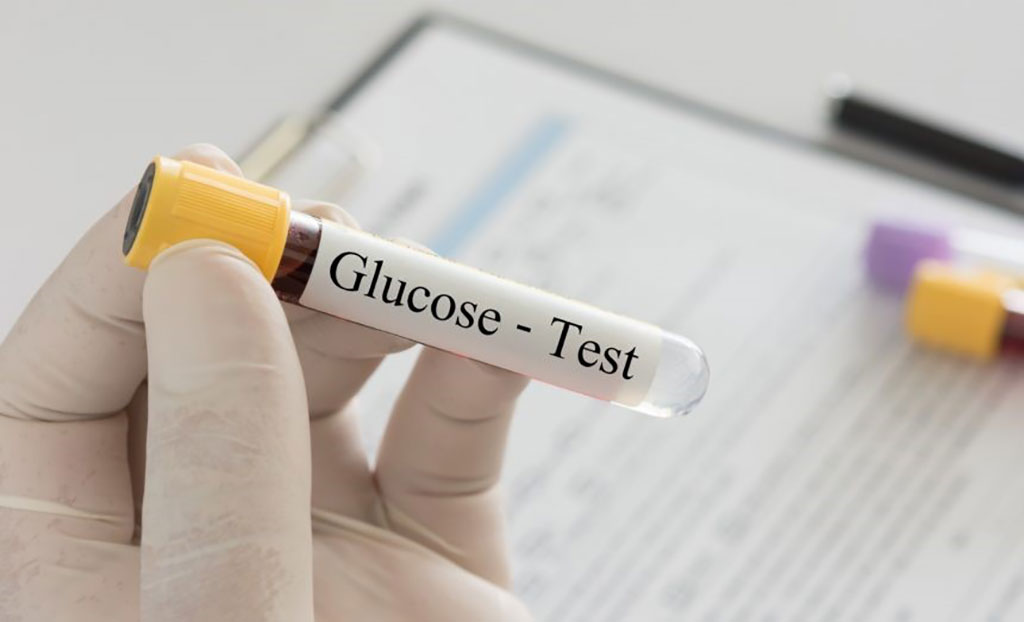 Image: A blood test for glucose may reveal hyperglycemia which has been evaluated as a risk factor in pancreatic cancer (Photo courtesy of Amit Akirov, MD)
Pancreatic ductal adenocarcinoma (pancreatic cancer) has a five-year survival rate of 9%. Most patients are diagnosed with metastatic disease due to late presenting symptoms and only 10% to 20% are able to undergo surgery with a curative intent.

Diabetes mellitus is common in pancreatic cancer patients. At diagnosis, only 14% have a normal fasting glucose and nearly half have diabetes mellitus. Although this is a well-known phenomenon, neither the underlying etiology nor the impact on prognosis has been established.

Medical Scientists mainly from Umeå University (Umeå, Sweden) carried out a prospective nested case-control study that included 182 patients in the analysis after various exclusions. Seventy-four cases had participated more than once, with a total of 310 surveys. Most cases were matched with four control surveys (96%). The object of the study was to determine the risk association between fasting glucose levels and pancreatic cancer using systematically collected prediagnostic blood glucose samples.