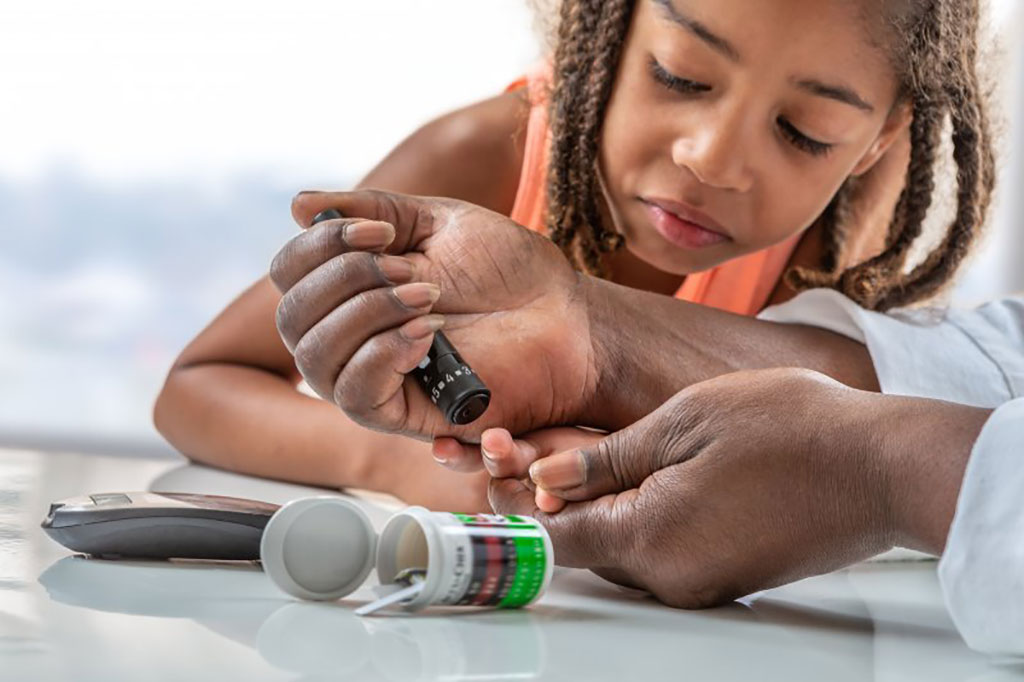 Image: Autoantibody order, timing helps predict genetically susceptible children most likely to get type 1 diabetes (Photo courtesy of the Morsani College of Medicine).
While antibodies are molecules produced by the body's immune system to detect and destroy specific viruses, bacteria and other harmful substances, autoantibodies are antibodies that target a person's own healthy tissue. In the case of type 1 diabetes (T1D), a misdirected autoimmune response attacks the pancreas and gradually destroys the organ's insulin-producing beta cells.

Without the hormone insulin the body cannot regulate its blood sugar levels, which can cause serious, long-term medical complications such as cardiovascular disease, nerve and kidney damage, and vision loss. Children (and adults) with T1D must monitor their dietary intake and exercise and take insulin injections, or use an insulin pump, daily to help control their blood sugar levels.

A large team of international scientists working with the University of South Florida (Tampa, FL, USA) followed children with increased genetic risk for T1D, every three months, from the age of three months up to 15 years, for the development of a first-appearing autoantibody directed against pancreatic insulin-producing cells: glutamic acid decarboxylase antibody (GADA), insulin autoantibody (IAA), or insulinoma-associated-protein-2 autoantibody (IA2-2A). The team also looked for the subsequent appearance of a second autoantibody and further progression to T1D. Zinc transporter 8 autoantibody (ZnT8A) was only measured in children who developed an IAA, GADA, or IA-2A.

The team reported that of the 608 study participants, all testing positive for either a first-appearing IAA or GADA, more than half (336) developed a second autoantibody. Furthermore, 53% of these 336 children with a second antibody progressed to T1D within about 3.5 years. Only about 10% of the 272 children testing positive for a single autoantibody at the end of the follow-up for this study had transitioned to T1D.

Kendra Vehik, PhD, a professor of epidemiology and lead author of the study, said, “If a clinician knows that a young child testing positive for IA-2A as their second-appearing autoantibody will be at a higher risk to more rapidly progress to type 1 diabetes, they can reduce the risk of symptomatic onset of disease. Clinicians can also educate the parents about the early signs of disease, such as, weight loss, extreme thirst, more frequent urination, or other diabetic ketoacidosis (DKA) symptoms.” The study was published in the September, 2020 edition of the journal Diabetes Care.