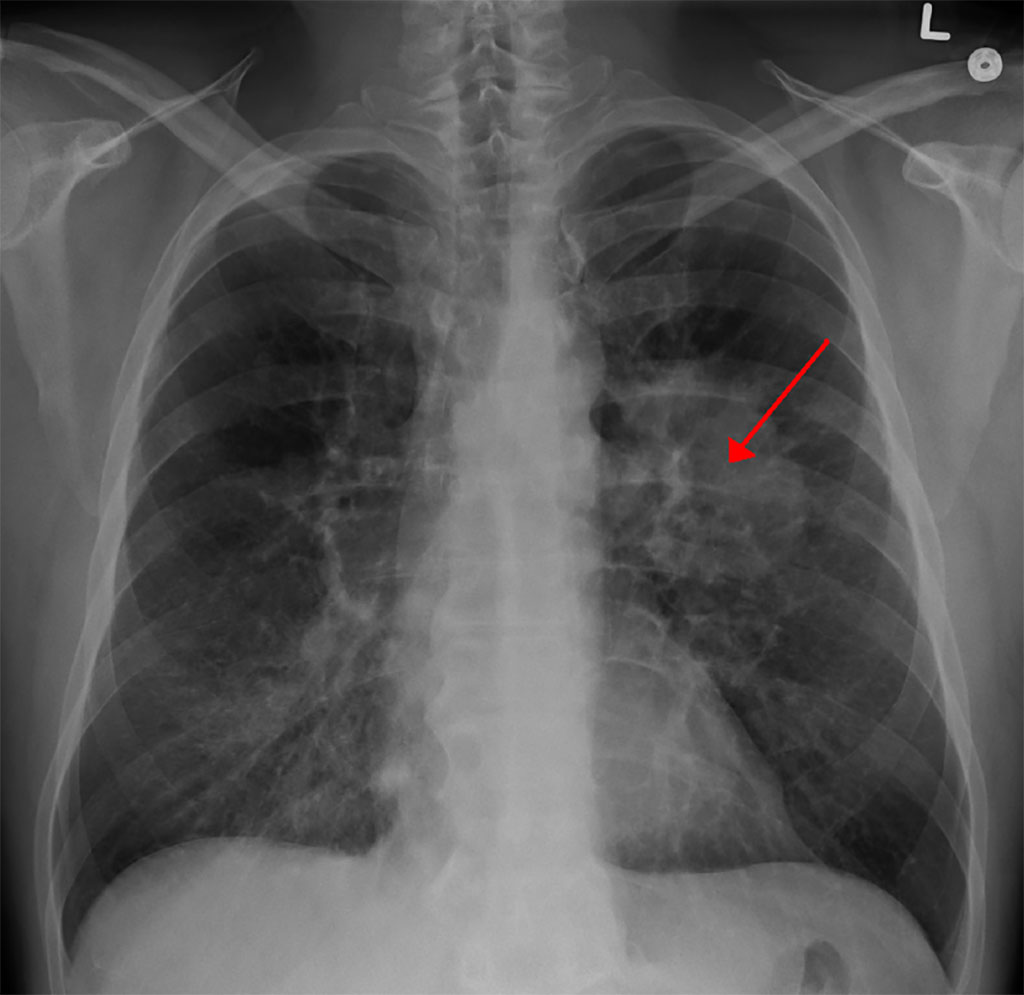 Image: A chest X-ray showing a tumor in the lung (marked by arrow) (Photo courtesy of Wikimedia Commons)
Use of a blood-based tumor biomarker panel in combination with modeling according to results of PLCOm2012 (Prostate, Lung, Colorectal, and Ovarian Cancer Screening Trial) significantly improved risk assessment for lung cancer screening.

To test the hypothesis, the investigators carried out a validation study using PLCO Cancer Screening Trial data and biospecimens to evaluate the performance of a four-marker protein panel (4MP) consisting of (1) the precursor form of surfactant protein B, (2) cancer antigen 125, (3) carcinoembryonic antigen, and (4) cytokeratin-19 fragment and compared results to current USPSTF screening criteria.

Among PLCO participants with a history of more than 10 smoking pack-years, the 4MP + PLCOm2012 model would have identified for annual screening 9.2% more lung cancer cases and would have reduced referral by 13.7% among non-cases compared with USPSTF2021 criteria.

The study was published in the January 7, 2022, online edition of the Journal of Clinical Oncology.