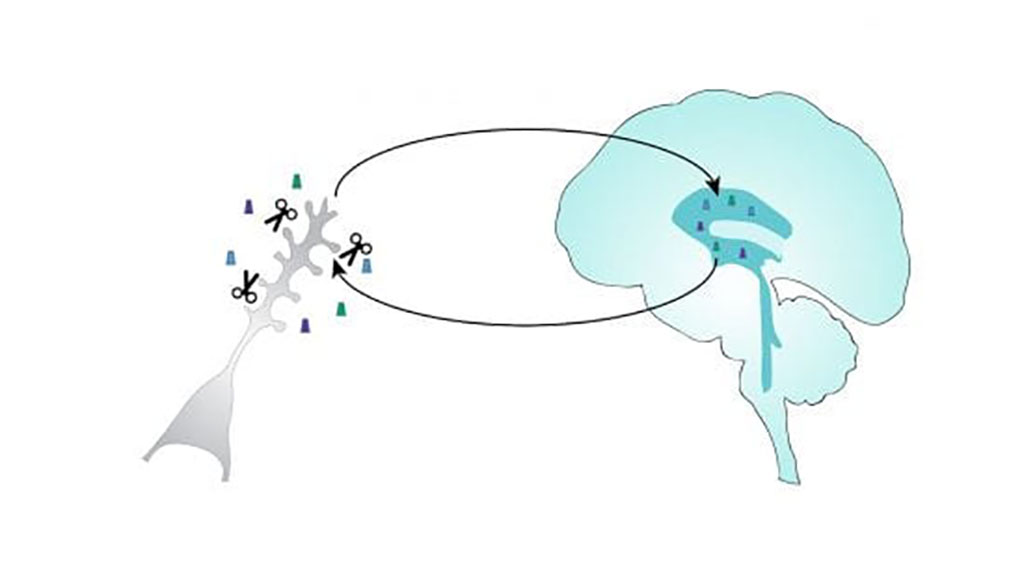 Mutations in the contactin-associated protein-like 2 (CNTNAP2) gene had been related to autism combined with epilepsy. Autism, which has a highly genetic component, affects about 17% of children in the United States, and from 30% to 50% of these children also have epilepsy. The CNTNAP2 gene encompasses almost 1.6% of chromosome seven and is one of the largest genes in the human genome. It has been associated with autism spectrum disorder but accounts for very few cases.

Investigators at Northwestern University (Chicago, Illinois, USA) recently reported that the ectodomain (the portion of the protein extending beyond the cell membrane) of CNTNAP2 (CNTNAP2-ecto), was a prominent neurodevelopmental disorder (NDD) risk factor. As such, CNTNAP2-ecto was determined to be an important constituent of the population of brain proteins shed into the CSF, also known as the neuronal sheddome.

Transmembrane proteins sometime undergo ectodomain shedding upon proteolytic cleavage, but only a few such cases have been studied. Using unbiased global proteomic approaches, the investigators discovered that a large number of neuronal membrane proteins undergo ectodomain shedding. This “sheddome” was detectable in the cerebrospinal fluid and was enriched in synaptic proteins and disease risk factors. Unexpectedly, such ectodomains were found to have novel biological functions in regulating cellular and network level properties of brain circuits.

In the current study, the investigators found that CNTNAP2-ecto levels were reduced in the CSF of individuals with autism spectrum disorder. Using mass spectrometry, the investigators identified the plasma membrane Ca2+ ATPase (PMCA) extrusion pumps as novel CNTNAP2-ecto binding partners. CNTNAP2-ecto enhanced the activity of PMCA2 and regulated neuronal network dynamics in a PMCA2-dependent manner.

“We can replace CNTNAP2,” said senior author Dr. Peter Penzes, professor of psychiatry and behavioral sciences at Northwestern University. “We can make it in a test tube and should be able inject it into children’s spinal fluid, which will go back into their brain.”

The study was published in the December 17, 2021 online edition of the journal Neuron.