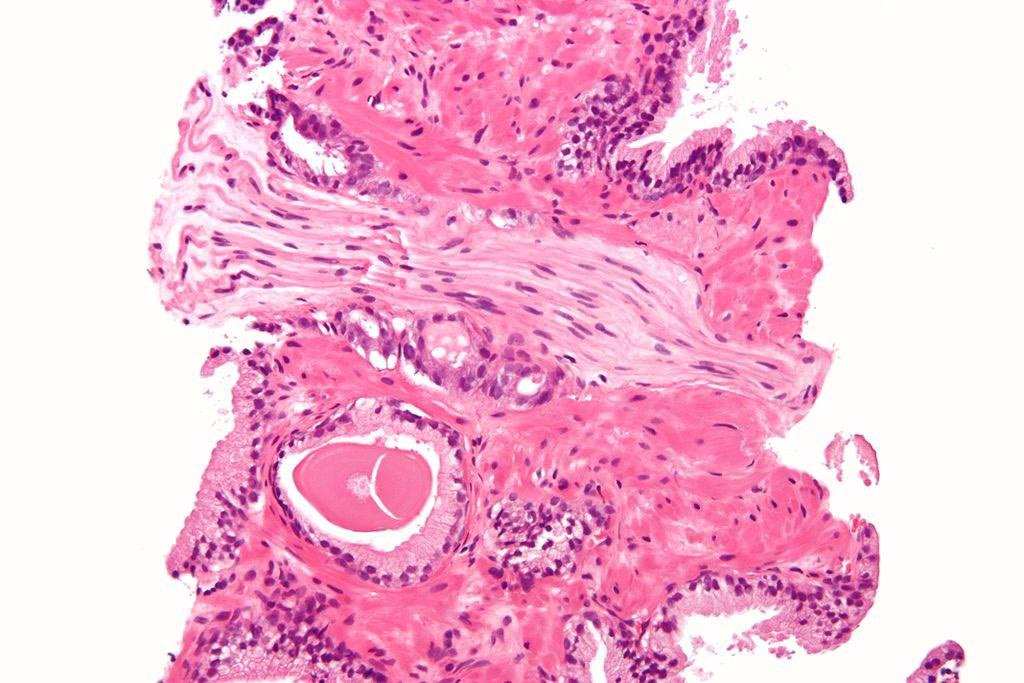 Image: Micrograph showing a prostate cancer (conventional adenocarcinoma) with perineural invasion (Photo courtesy of Wikimedia Commons)
A team of British researchers has developed an advanced, RNA and DNA biomarker-based urine test for diagnosis of prostate cancer, which is expected to significantly reduce the number of unnecessary biopsies performed every year.

Toward this end, investigators at the University of East Anglia (Norwich, United Kingdom) sought to develop a multivariable risk prediction model through the integration of clinical, urine‐derived cell‐free messenger RNA (cf‐RNA) and urine cell DNA methylation data capable of noninvasively detecting significant prostate cancer in patients in lieu of biopsy.

Machine learning techniques were used to integrate the biological markers into a prediction formula called ExoMeth. Results revealed that as the ExoMeth risk score increased, the likelihood of high‐grade disease being detected on biopsy was significantly greater.

Senior author Dr. Daniel Brewer, senior lecturer in cancer studies at the University of East Anglia, said, "It is still very early days for this research, but if ExoMeth were validated in a future study with many more patients, we could see an approximate 60% reduction in unnecessary biopsies in around five years."

The study was published in the March 9, 2020, online edition of the journal The Prostate.