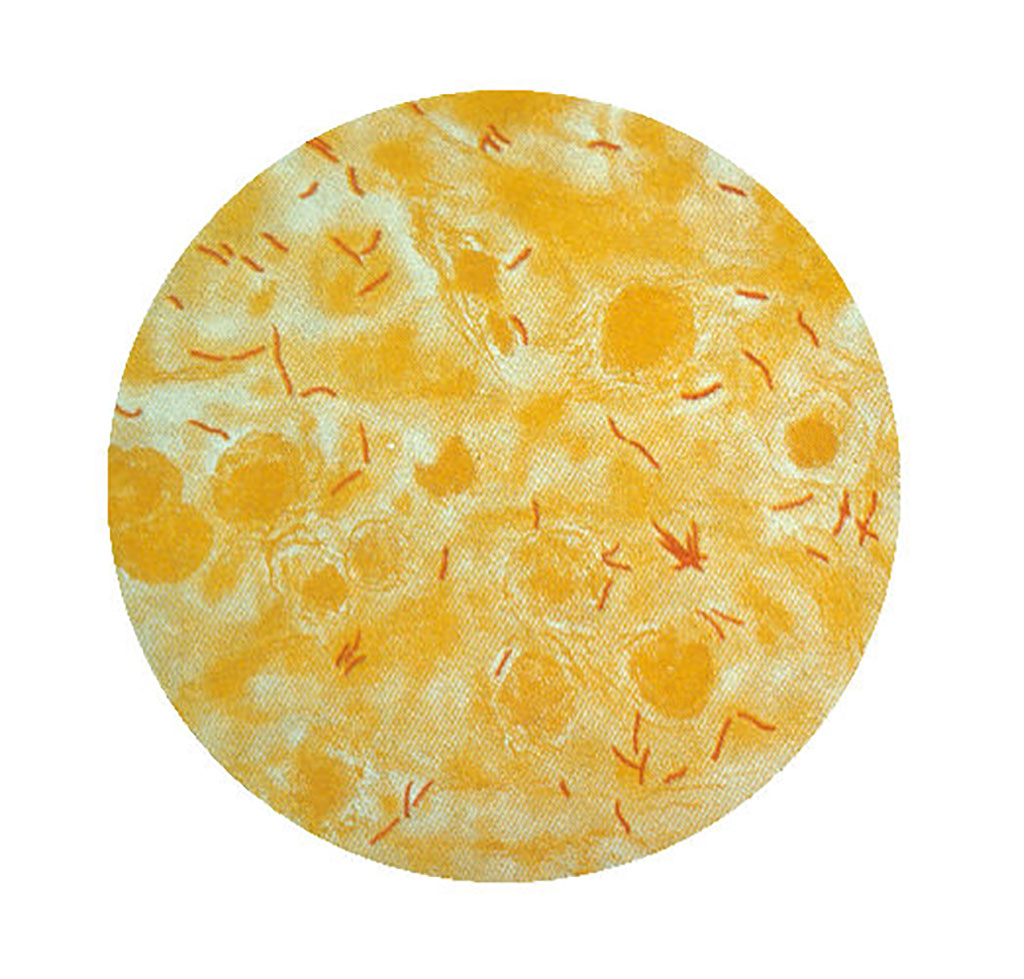 Image: Photomicrograph of a sputum specimen showing the presence of numerous Mycobacterium tuberculosis bacteria (Photo courtesy of [U.S.] Centers for Disease Control and Prevention)
A panel of genetic biomarkers in samples of whole blood has been confirmed as a useful biomarker for the detection of incipient tuberculosis (TB).

Incipient TB is an infection with viable Mycobacterium tuberculosis bacteria, which is likely to progress to active disease in the absence of further intervention but has not yet induced clinical symptoms. Investigators at University College London (United Kingdom) sought to identify which, if any, gene expression signatures in blood could be used to predict the disease at a very early stage and before symptoms arise.

To this end, they conducted a systematic review of published gene signatures found in blood samples from patients with TB compared to healthy individuals. Culture-confirmed and clinically or radiologically diagnosed pulmonary or extrapulmonary tuberculosis cases were included.

The investigators tested 17 candidate mRNA signatures in a pooled dataset from four studies comprising 1126 samples. This dataset included 183 samples from 127 incipient tuberculosis cases in South Africa, Ethiopia, The Gambia, and the United Kingdom. Results revealed that eight signatures (comprising one to 25 transcripts), which predominantly reflected interferon and tumor necrosis factor-inducible gene expression, had equivalent diagnostic accuracy for incipient tuberculosis over a two-year period.

The eight signatures achieved sensitivities of 24.7 to 39.9% over 24 months and of 47.1 to 81.0% over three months, with corresponding specificities of more than 90%. However, when using biomarker thresholds maximizing sensitivity and specificity with equal weighting to both, no signature met the minimum Wold Health Organization (WHO) target product profile parameters for incipient tuberculosis biomarkers over a two-year period. Thus, blood transcriptional biomarkers reflected short-term risk of tuberculosis and only exceeded WHO benchmarks if applied to three to six-month intervals.

Senior author, Dr. Mahdad Noursadeghi, professor of infectious diseases at University College London, said, "About one-quarter of the world's population is thought to have been infected with the bacteria that cause TB. The majority of these individuals remain well and cannot transmit the disease. However, we currently do not know which people are most likely to develop TB disease after being infected. If we can identify these individuals, we can treat their infection more easily and prevent it from spreading to others. Our findings establish the gene signatures in blood which show most promise for identifying people who are at risk of disease. Future development of a blood test based on these findings could make an important contribution to efforts to reduce the impact and spread of this deadly infection."

The incipient TB study was published in the January 17, 2020, online edition of the journal The Lancet Respiratory Medicine.