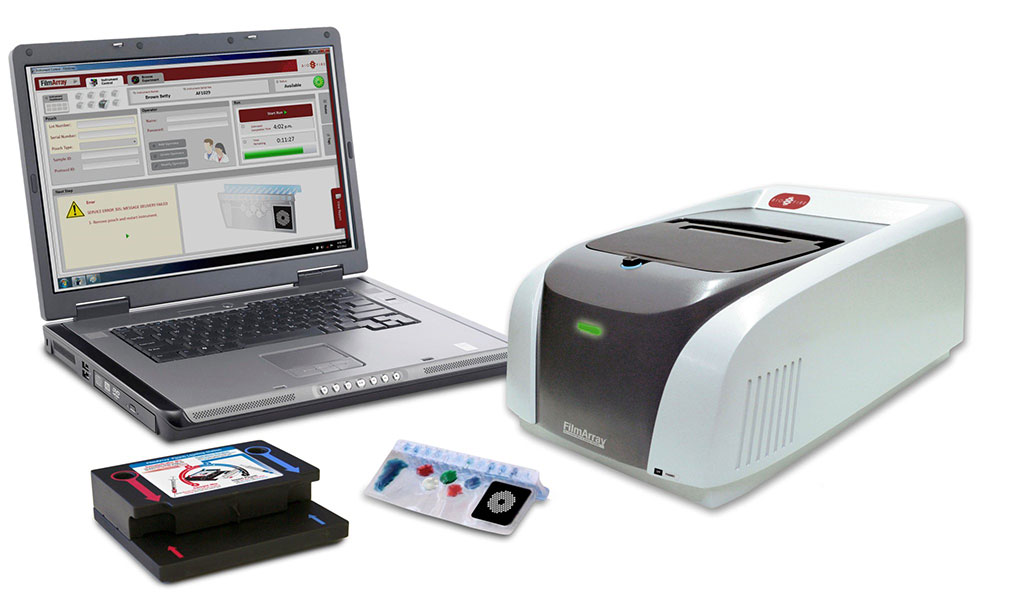 Image: The FilmArray GI Panel tests for common gastrointestinal (GI) pathogens including viruses, bacteria and protozoa that cause infectious diarrhea. The integrated FilmArray system brings sample to results in about an hour, with only two minutes of hands-on time (Photo courtesy of Biofire).
Travelers’ diarrhea (TD) is the most prevalent illness encountered by deployed military personnel and has a major impact on military operations, from reduced job performance to lost duty days. Frequently, the etiology of TD is unknown and, with underreporting of cases, it is difficult to accurately assess its impact.

A team of scientists from different institutions collaborated with the US Naval Medical Research Center (Silver Springs, MD, USA) collected data on the prevalence of gastrointestinal illness among troops deployed to Honduras in 2015 and 2016 and analyzed stool samples from soldiers with and without traveler's diarrhea. Of the 1,173 respondents, a quarter reported experiencing traveler's diarrhea during their deployment. They also conducted a passive surveillance study of 152 soldiers who reported to the clinic with signs of gastrointestinal illness and further recruited 67 soldiers, all of whom lived on base, to an active surveillance study at the start of their deployment.

In addition to bacterial culture, all stools from ill subjects were tested using the FilmArray GI panel (Biofire, Salt Lake City, UT, USA) for the detection of pathogens. Eleven soldiers were additionally enrolled into a microbiome study in which the researchers collected weekly stool samples for 16S rRNA sequencing, regardless of the appearance of any symptoms. During the study timeframe, four of the 11 individuals in the study developed traveler's diarrhea.

The team found that enteroaggregative Escherichia coli (EAEC), enterotoxigenic E. coli (ETEC), and enteropathogenic E. coli (EPEC) were common among the gut microbiomes of afflicted soldiers. The FilmArray GI assay uncovered diarrheagenic E. coli pathogens among the samples, including EAEC, ETEC, EPEC, and Shiga-like toxin-producing E. coli. Shigella was found in 18 cases through this nucleic acid-based approach, as compared to the two discovered via culture. They also compared the microbiomes of the soldiers who developed traveler's diarrhea to those who did not to find a higher Firmicutes-to-Bacteroidetes ratio among those who remained healthy. Additionally, taxa in the Ruminococcaceae family were differentially abundant between healthy individuals and those who fell ill. As Ruminiclostridium produces short-chain fatty acids, the scientists suspect that it can boost epithelial integrity and protect against disease.

The authors concluded that their findings illustrate the complex etiology of diarrhea amongst military personnel in deployed settings and its impacts on job performance. Potential factors of resistance or susceptibility can provide a foundation for future clinical trials to evaluate prevention and treatment strategies. The study was published on August 12, 2020 in the journal PLOS ONE.